After several deaths and dozens of crashes, safety improvements made to Adams County intersection

There have been several fatal crashes at the intersection of Highway 79 and 88th Avenue, including two this year. 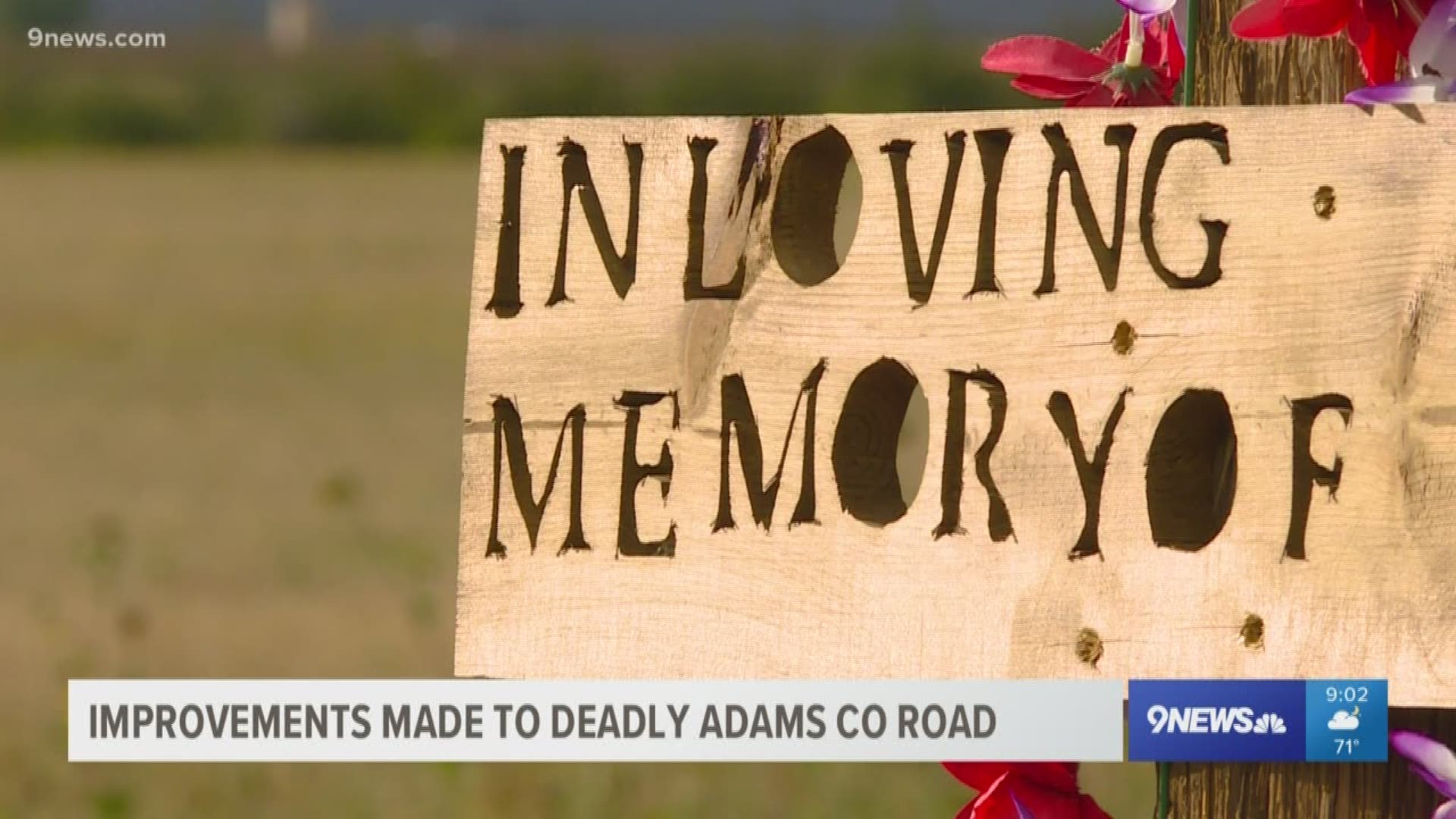 ADAMS COUNTY, Colo — If you judge an intersection by the number of memorials that dot the street corner, then the intersection of Highway 79 and 88th Avenue looks as bad as they come.

"There are too many lives that have been lost at this intersection," said Danell Kalcevic, who lives and works nearby. "The price in the loss of life has been tragic."

It took several deaths and dozens of car crashes before an Adams County intersection was made safer. Rumble strips and LED stop signs now warn drivers about on-coming traffic on Highway 79 and 88th Avenue near Bennett.

Two months ago, Leah Ford and her friend April Blackmon-Logan ran a stop sign and were hit by a semi-truck.

RELATED: Teens killed in crash were stopped by deputy just before the fatal crash

RELATED: Community fights for change at intersection that has claimed three lives this year

An Adams County Sheriff’s Deputy was involved in a fatal crash at the same intersection in March.

Ford's mother Twilight Hovey, said she had seen the flowers, crosses, flags, signs and memories that fill the side of the highway before. Then her daughter’s name was added to the roadside plaques.

"It’s truly sad that it takes something bad to happen before there’s change," Hovey said. "It takes upset parents, it takes people who have lost loved ones," said Hovey, Leah's mother. "When you start seeing that there’s a problem right away, fix it sooner than later."

CDOT worked with Adams County to install the strips and stop sign in the weeks after the fatal crash involving Ford and Blackmon-Logan. The same improvements have been made to several other intersections in that area north of Bennett.

"As a mom, I can’t fathom losing my daughter at an intersection like this. I’m thankful and hopeful that no other parents have to go through that," said Kalcevic. "I actually cried tears of joy the first day I came down and saw the sign and felt the rumble bars. It was very emotional for me."