Both directions of West 144th Avenue were closed at Sheridan while crews worked to contain the scene. 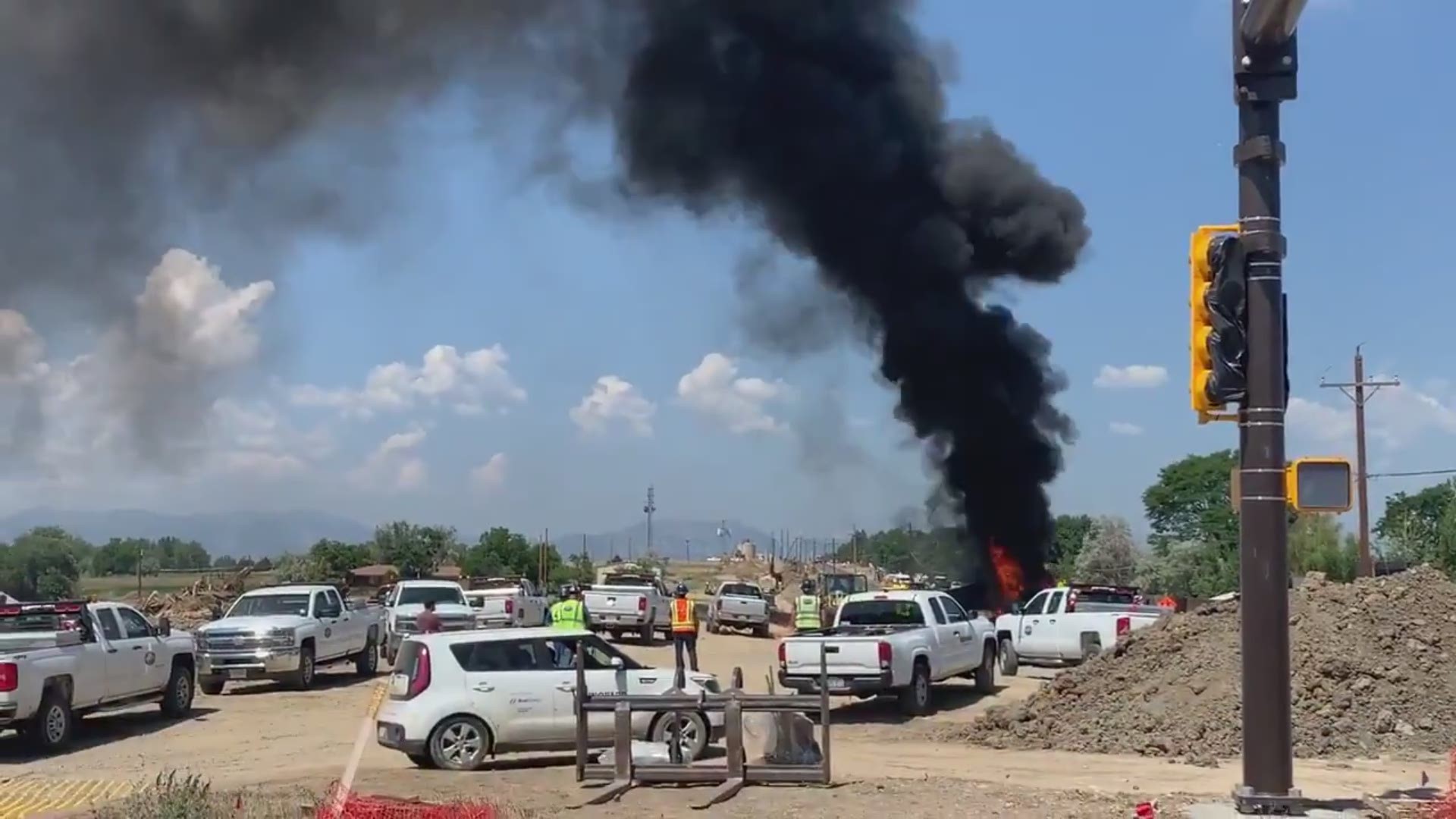 BROOMFIELD, Colo. — West 144th Avenue at Sheridan Parkway has reopened after being closed following a crash involving a semi, according to the Broomfield Police Department (BPD).

The power lines were also on fire, which sent a large plume of black smoke into the air and interrupted energy service for customers in the area. BPD said the fire has since been put out. The driver of the semi truck was able to get out of the vehicle uninjured, according to a tweet from BPD.

The cleanup caused both directions of West 144th Avenue to be closed between Sheridan and Aspen Street.

Power lines are on fire. Service may be interrupted in the area. @NMFirePIO on scene. Driver of the semi is out of the vehicle and is ok. pic.twitter.com/YSkruZkazE

RELATED: Suspect leads deputies on chase after setting fire to a home in Adams County