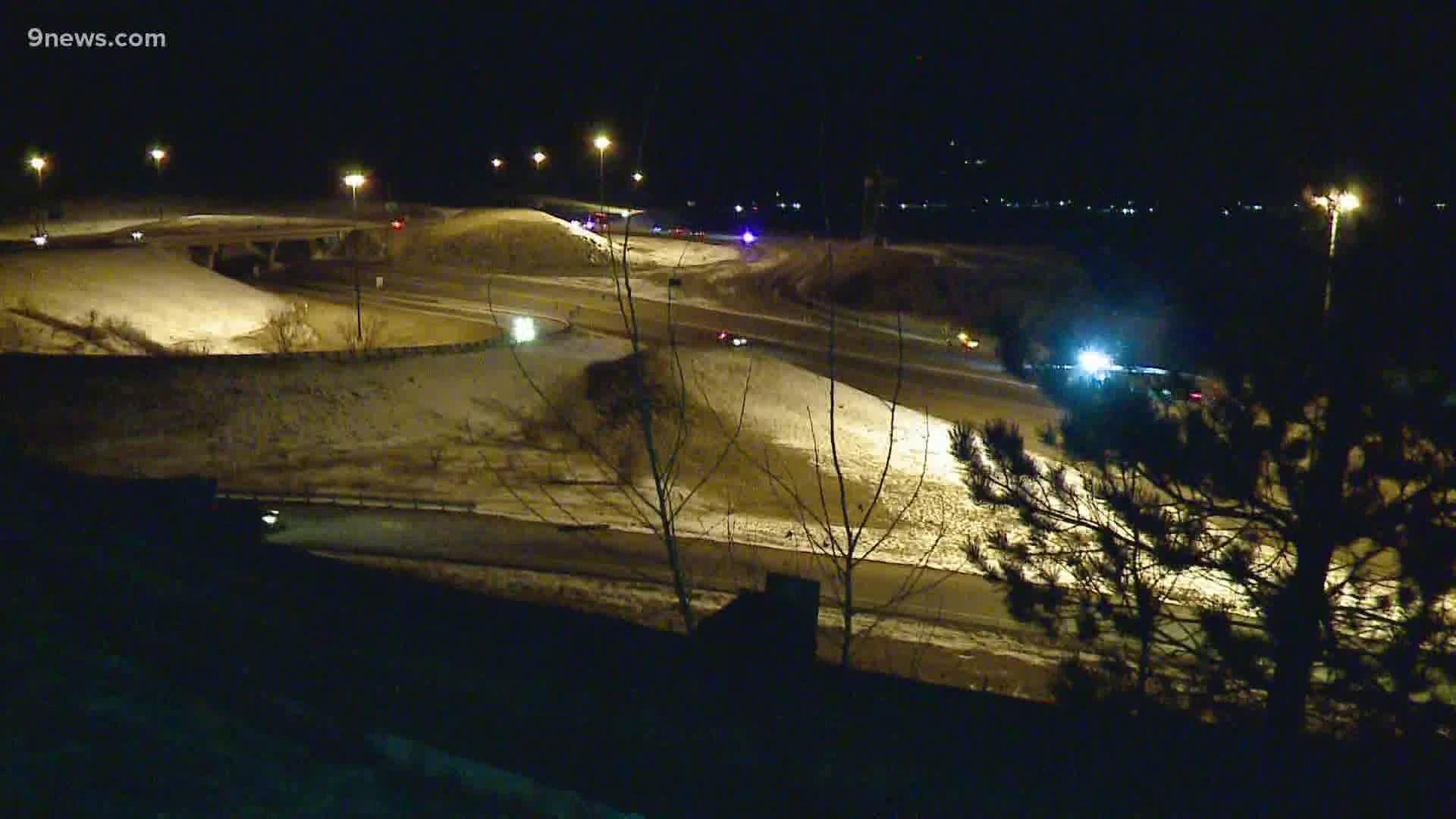 LAKEWOOD, Colo. — One person was killed and three were injured when two vehicles lost control on a cloverleaf ramp and rolled several times on Friday night at C-470 and U.S. 285, according to the Lakewood Police Department (LPD).

The crash happened about 8:20 p.m. on the interchange just south of Bear Creek Lake Park, LPD said. Lakewood Police officers and a West Metro Fire Rescue crew that arrived on scene found that the two vehicles had rolled off the highway and had come to rest on the service road to the park, LPD said.

The two vehicles had been traveling together and had both lost control on the cloverleaf ramp. There was no indication that drugs or alcohol were factors. Interviews and evidence indicated that both drivers had misjudged their speed and lost control, according to police.

> Video above: Fatal crash in Lakewood on Friday night.

The lead vehicle had four occupants. One of the occupants was ejected from the vehicle and died on scene. The other three were taken to a hospital with minor to moderate injuries, LPD said.

The second vehicle had five occupants, and none of them were injured, police said.

The Jefferson County Coroner's Office will release the deceased victim's identity after notification of next of kin.

The investigation into the crash was ongoing. No charges were pending at this time, LPD said.

RELATED: At least 6 killed in 133 vehicle pileup crash on I-35W in Texas