The pursuit which began near Strasburg reached speeds in excess of 100 mph, the Sheriff's Office said. 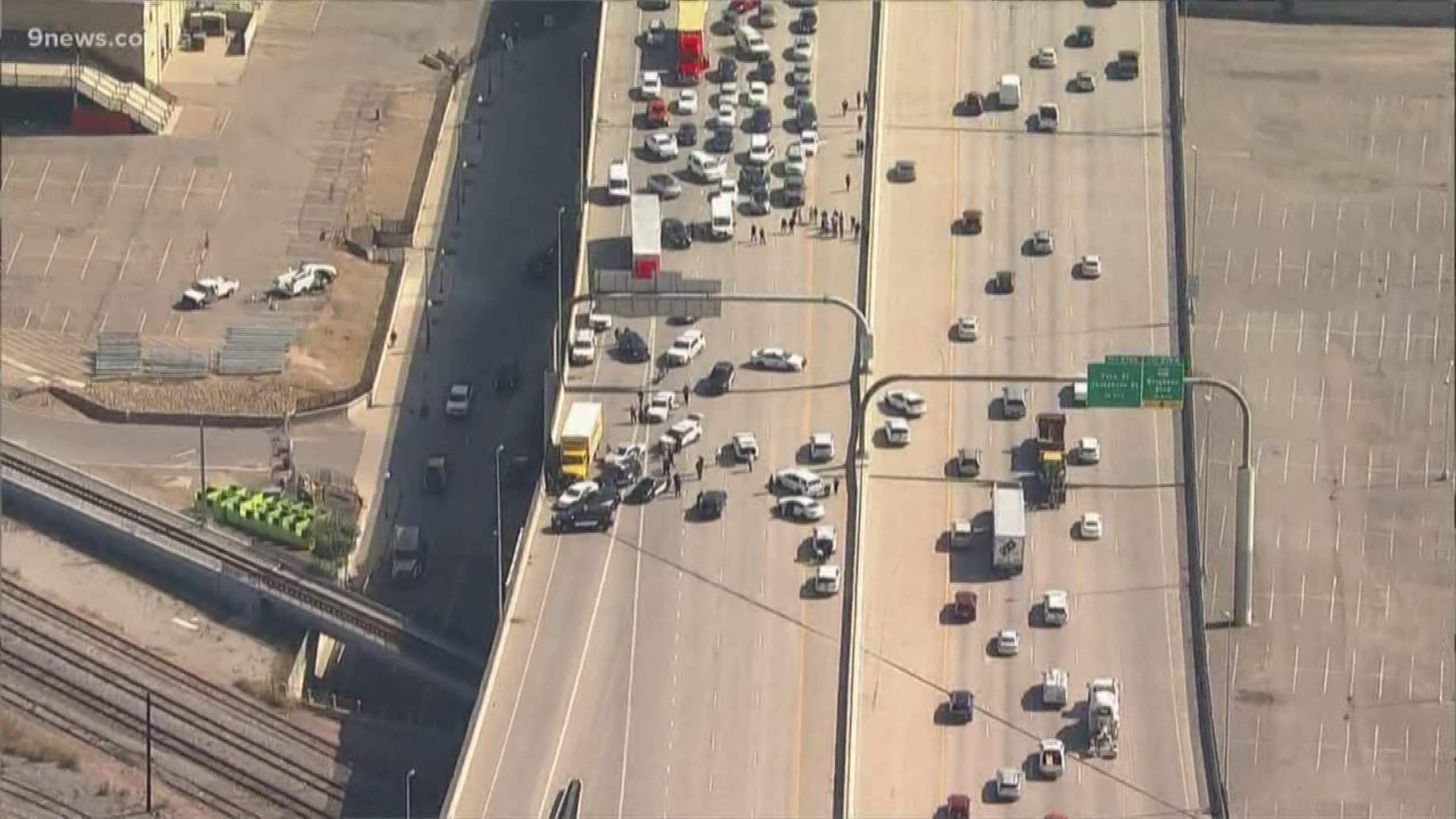 DENVER — Two westbound lanes of Interstate 70 have reopened between I-270 and I-25 after a pursuit involving an armed carjacking suspect ended on the highway forcing a 6-hour closure, according to a tweet from the Arapahoe County Sheriff's Office (ASCO).

The lanes opened around 5 p.m.

Just before 11 a.m. Thursday, the suspect, who was armed with a gun, confronted the victim as he was trying to retrieve some items from his vehicle at 1497 Main St. in Strasburg, about 30 miles east of Denver, according to ASCO.

The Denver Office of the Medical Examiner later identified the suspect as 19-year-old Andy Escobar.

"It's frightening and terrifying to be confronted by somebody who has a gun and is demanding your wallet and your car keys, " said Cpt. Jared Rowlison with ASCO. "Our victim wisely gave those things up. Very, very frightening circumstance for him."

At some point, west of Strasburg deputies spotted the stolen vehicle on I-70 and attempted a traffic stop but the suspect did not stop.

"For this man not to stop after stealing a car from an innocent citizen at gunpoint, this was dangerous," said Rowlison. "We need to find this person and get him stopped before he was perhaps able to do something else to another citizen."

The deputies engaged in a pursuit on the highway toward Denver.

"At times the pursuit did reach speeds in excess of 100 miles an hour," Rowlison said. "However it did slow down once everyone got in toward the city."

That pursuit ended on the westbound lanes of the highway near Washington Street, although Rowlison could not say exactly how the suspect's vehicle was stopped.

DPD officers responded to that area to assist with the call and both agencies ordered the suspect to get out of the vehicle, but he refused, according to DPD spokesman Jay Casillas.

(The video below appears to show officers engage with a suspect. Warning: The video contains graphic content that some viewers may find disturbing.) 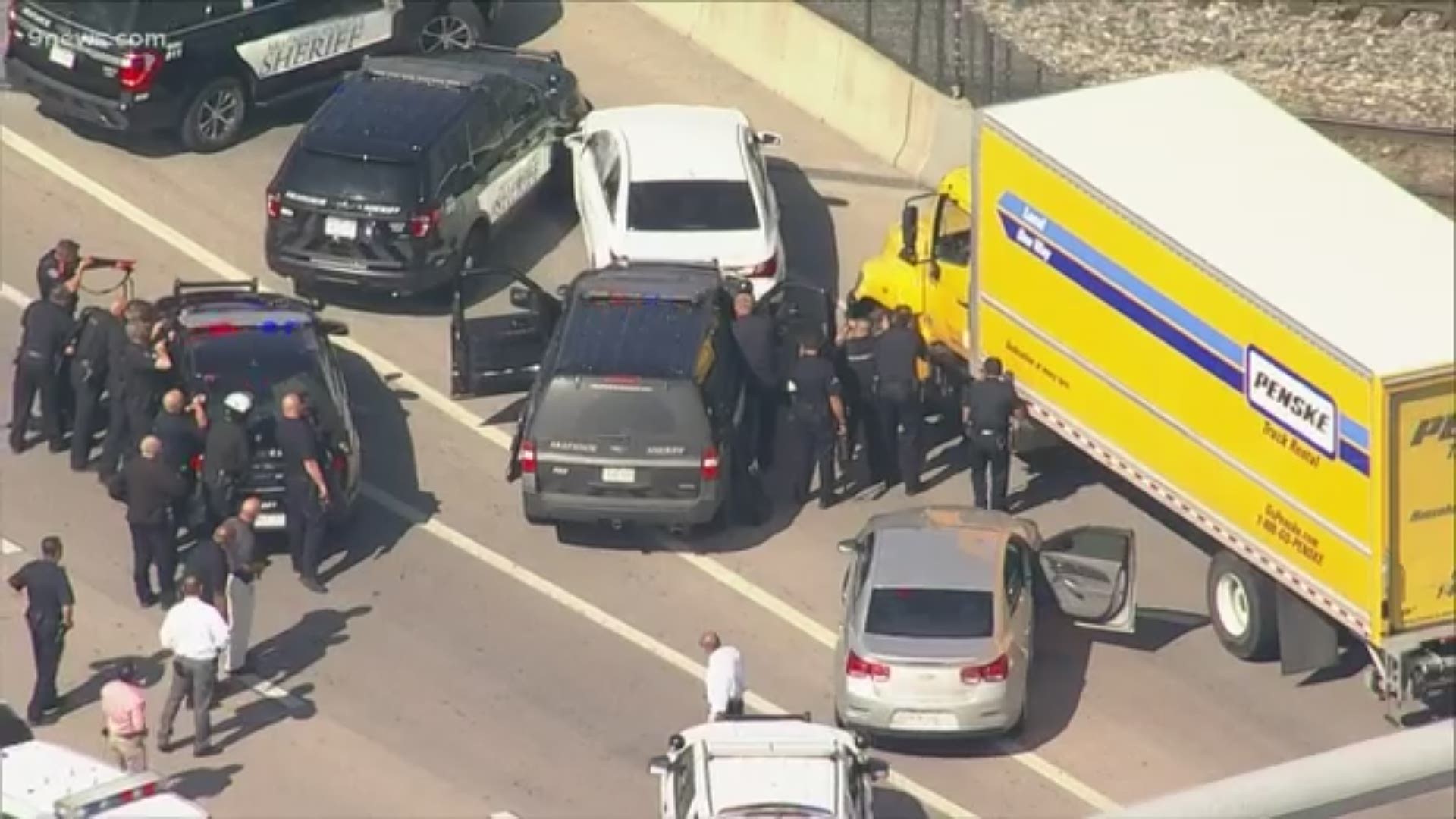 When officers approached the vehicle they saw the suspect with a gunshot wound that appeared to be self-inflicted, Casillas said. The suspect was taken to the hospital, where he later died from his injuries.

No officers or deputies fired their weapons, according to Casillas.

His death was ruled as a suicide, according to the coroner.