Woman dies after crash involving elk on SB I-25, 9 others injured

One woman died and nine other people were taken to the hospital after an accident on I-25 near Castle Rock. 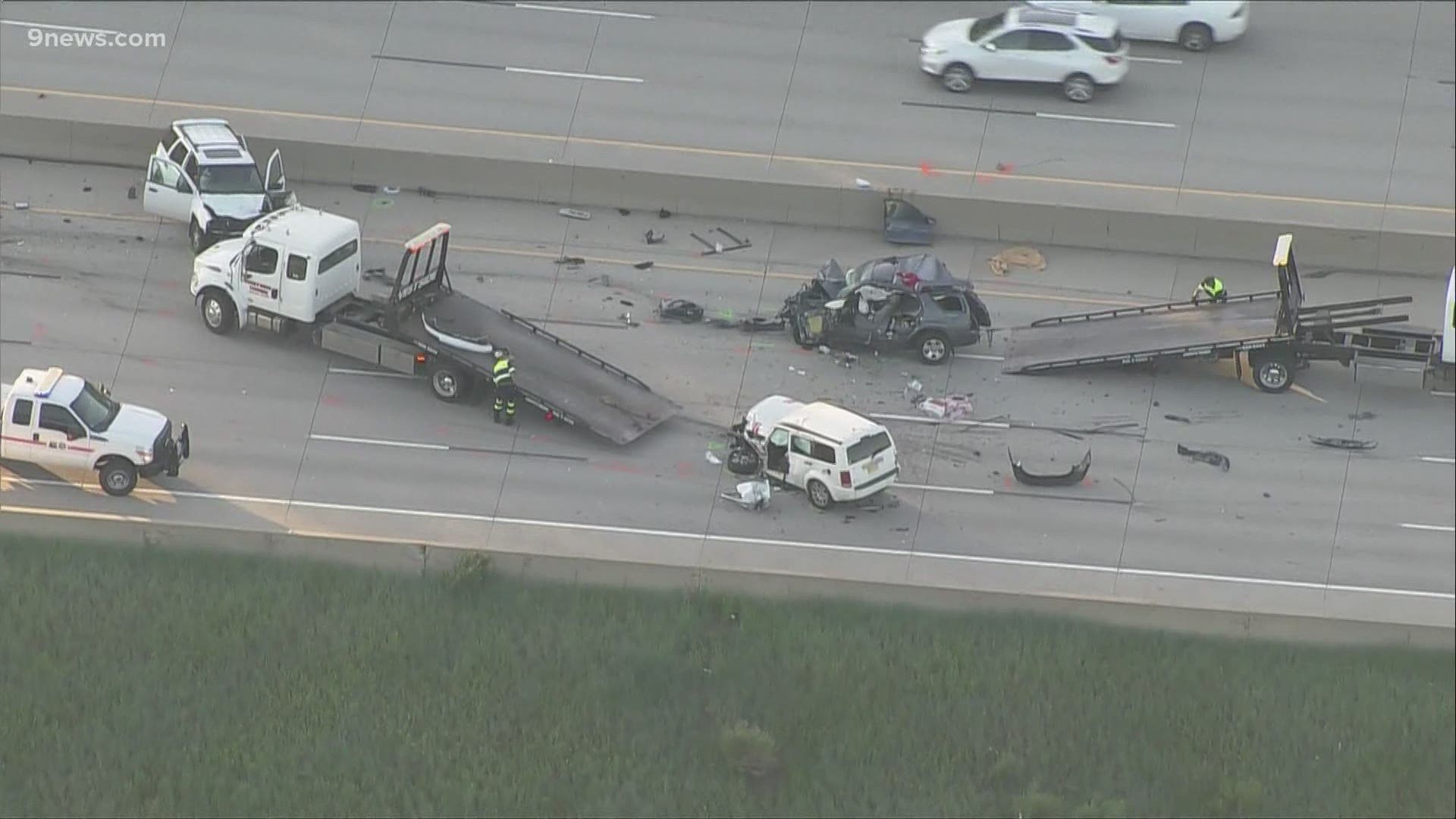 CASTLE ROCK, Colo. — A woman was killed and nine others were sent to the hospital Monday morning after a crash on I-25 involving an elk started a chain-reaction of collisions north of Castle Rock.

Colorado State Patrol (CSP) said the initial crash involved a 2006 Chevy Trailblazer driven by a 21-year-old man from Minnesota. An 18-year-old woman, Kendra Durnan, also from Minnesota, was a passenger in the SUV.

CSP said the Trailblazer hit an elk and pulled onto the left shoulder of the interstate. Another driver, a man from Colorado Springs, stopped to help. CSP said all three people were outside their cars when a third vehicle, a Toyota 4Runner driven by a 70-year-old man from Thornton, hit the elk that was still on the interstate.

The 4Runner collided with the 18-year-old passenger of the Trailblazer and struck the parked SUV as well, CSP said. The crash sent the Trailblazer into the two men who were also standing outside.

All three people were thrown over a concrete barrier into the northbound lanes of I-25. CSP said Durnan was killed.

The 4Runner was also struck from behind by a Dodge Nitro which then collided with a Kia Forte.

There were various injuries in the crashes Monday morning. A 69-year-old woman who was a passenger in the Trailblazer has life-threatening injuries, CSP said.

Both directions of I-25 were due closed because of the crash, but reopened about 7:10 a.m., CSP said. Investigators do not believe drugs, alcohol or speed contributed to the crash.

Multi-vehicle fatal crash on I-25

9 people were transported to area hospitals this morning after a multi-vehicle crash. Sadly, there was one additional fatality on-scene. @CSP_News is handling the investigation. Avoid this area as the investigation will be extended. pic.twitter.com/Tniq4y2vMH