Only 2,026 went through TSA on Apr. 15, 2020. Today, passenger traffic numbers have dramatically increased. 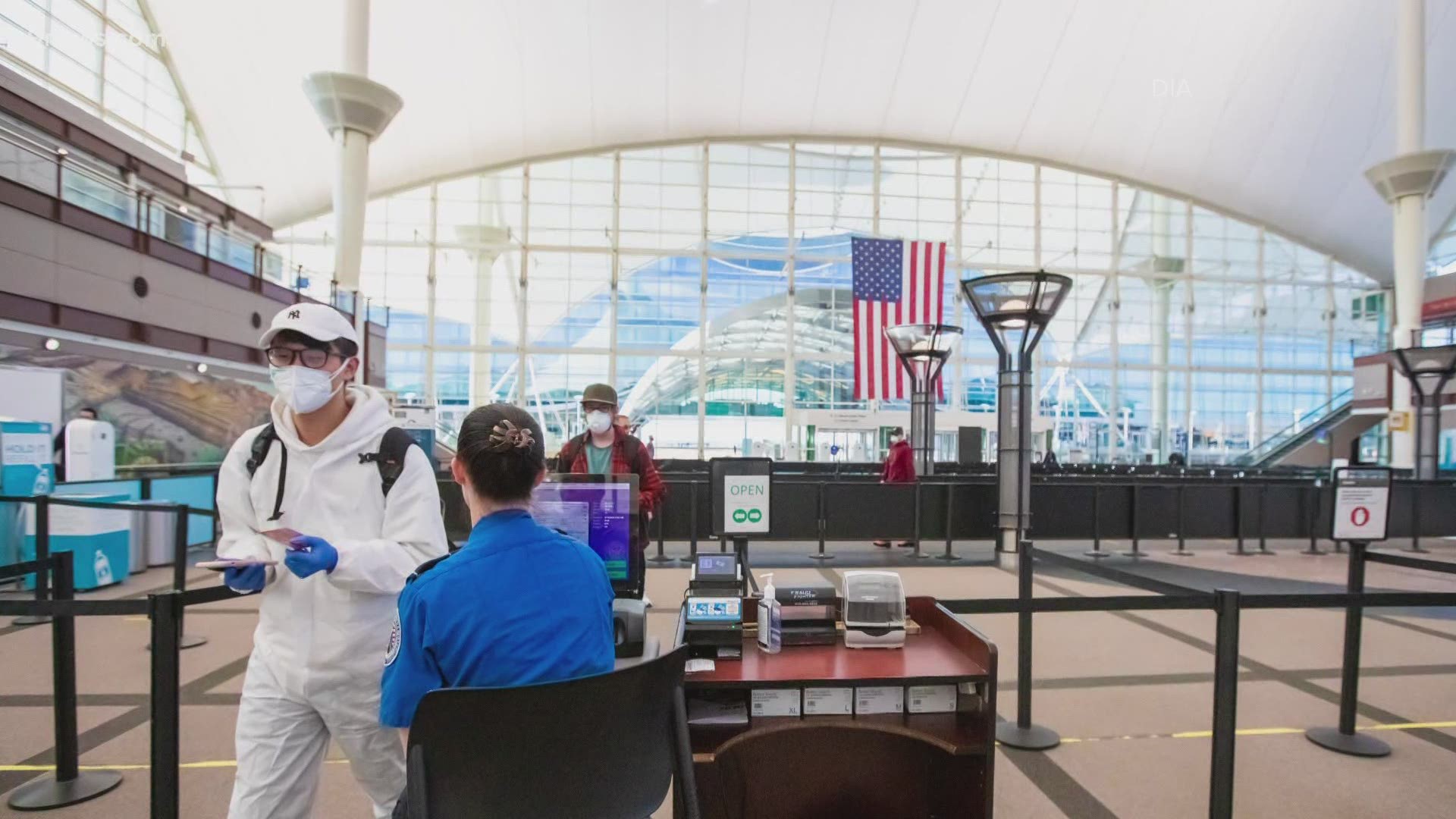 DENVER — Empty security lines, closed runways and only a couple thousand people throughout an entire day may seem crazy to imagine at Denver International Airport (DIA).

But sure enough, it happened one year ago this week. DIA tweeted Friday that this time last year, the airport experienced the lowest passenger traffic numbers of the pandemic.

1 year ago this week, DEN experienced our lowest passenger traffic numbers during the pandemic. It was a year we couldn't have anticipated and we're looking forward to welcoming passengers back! Here's a recap of the last year in photos + numbers: pic.twitter.com/DooqWLh2GL

Only 2,026 passengers went through Transportation Security Administration (TSA) checkpoints on Apr. 15, 2020. According to Emily Williams, a spokesperson for DIA, passenger traffic numbers were down 95% that week in April of 2020.

“We have around 1,600 flights a day and to see a whole runway taken out of service just for aircraft parking, I think was something none of us could have imagined,” Williams said.

But DIA has bounced back quite a bit since then. As of last week, travelers were only down 20% from 2019. Williams said they are recovering faster than some of their peer airports and nationally, numbers were down 35-40% last week.

“Though those weeks in March, April and May last year were hard, we're fortunate that we've recovered so quickly and we're looking forward to folks returning,” Williams said.

RELATED: Is pandemic travel safer by car or plane? We asked a doctor

Williams expects the number of passengers to steadily increase as more people become fully vaccinated. She said DIA’s airline partners are planning to return to full flight schedules this summer and Air France even added a direct flight service from Denver to Paris that will begin in July.

As traffic at the airport increases, certain safety measures will become harder to follow. For example, the trains to different gates may be crowded, or there won’t be as much social distancing in security lines. Williams said if you’re not comfortable being in an airport as some of these measures are relaxed or become harder to follow, there are ways to personally take extra precautions.

These include wearing two masks like the Centers for Disease Control and Prevention (CDC) recommends for added safety, or waiting a few minutes to take a train that isn’t as crowded. Williams said often times aircrafts arrive in banks, so that means there are a few periods of the day when the train gets really crowded. If you wait on the concourse, maybe use the restroom out there or grab a coffee, then when you go down the train will likely be less crowded.