Denver speeding up buildout on 125 miles of new bike lanes

The move is an effort to make biking in Denver a safer and more comfortable commuting option. 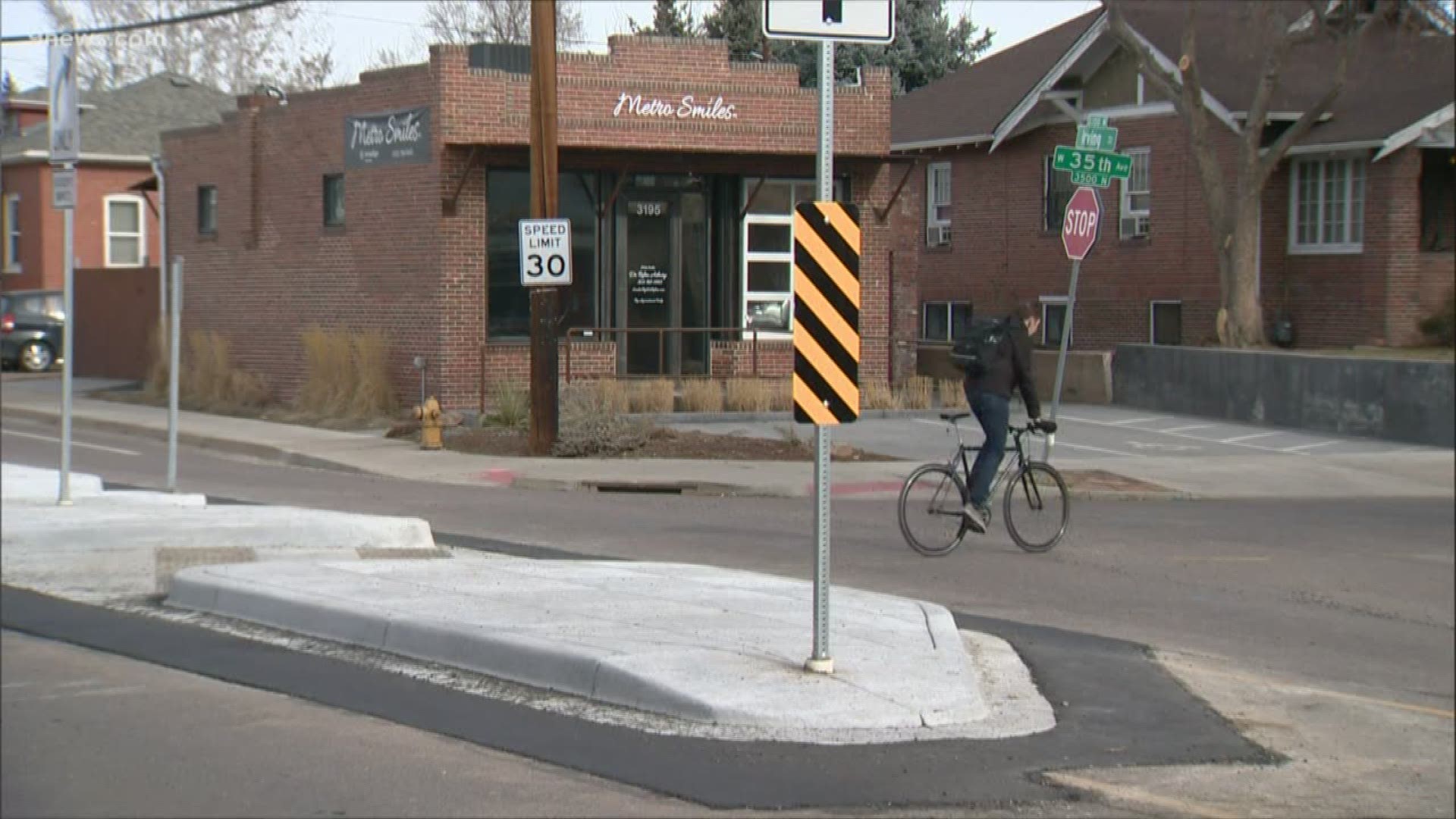 DENVER — Bike lanes in Denver will look quite a bit different over the next few years.

Denver's Department of Transportation and Infrastructure (DOTI) announced new details Thursday on a plan to rapidly build out 125 miles of new bike lanes over a three-year period.

The move is an effort to make biking in Denver a safer and more comfortable commuting option. Many of the new bike lanes will be considered "high comfort facilities" that provide greater separation between people in cars and on bikes, DOTI said.

That includes new striping, signage and the diversion of vehicle traffic to increase comfort levels for people biking. The plan also includes a significant bike network buildout in the city's core, where population densities are higher.

The city said it will work with street paving operations to coordinate the striping of new bike lanes, while also working to install bike facilities around the city that will serve as the backbone for future bike networks.

DOTI and Mayor Michael Hancock made the announcement Thursday morning along a stretch of West 35th Avenue in Denver that is being transformed into a neighborhood bikeway.

Asked to respond to some residents' concerns that adding more bike lanes causes additional congestion around Denver, Mayor Michael Hancock said he hopes the bike lanes encourage people to bike more, and with the additional bike lanes plus less driving, he said he feels this would help with congestion issues.

Up to 50 of the 125 miles of new bikeways will be funded by $18 million from the Elevate Denver Bond, approved by voters in 2017, according to DOTI.

The majority of the bike lanes will be installed by 2023.