All lanes of traffic in the Interstate 25 Gap between Denver and Colorado Springs will open to drivers within the next few weeks, state leaders said Monday. 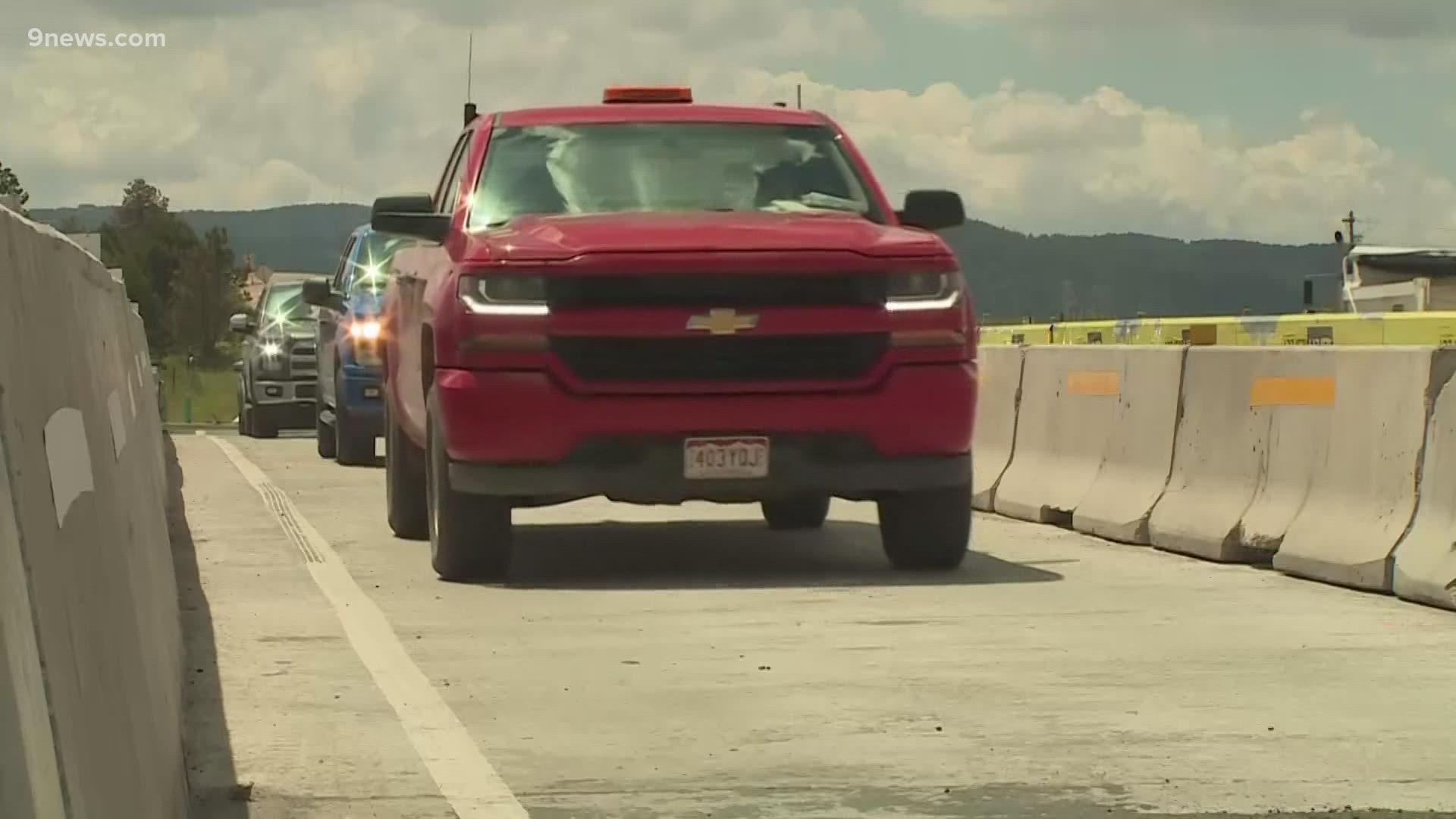 CASTLE ROCK, Colo. — All traffic lanes in the Interstate 25 Gap between Denver and Colorado Springs will open to drivers within the next few weeks, state leaders said Monday.

The opening comes nearly a year ahead of schedule, the Colorado Department of Transportation (CDOT) said.

CDOT and contractor Kraemer North America broke ground on the $419 million project, which spans 18 miles between Castle Rock and Monument, in September 2018. They originally anticipated opening the new express lanes and completing major construction in November 2022.

In addition to the newly-added toll lanes, improvements to the stretch of interstate include wider shoulders, rebuilt bridges, new wildlife crossings, and new pavement.

CDOT said all travel lanes will be in their final alignment within the next few days. The exact opening date of the new lanes has not yet been announced, but CDOT said it will be shortly after Thanksgiving.

Over the next few weeks, crews will be finishing up paving, installing signs, sweeping, and striping the new lanes.

Once all of the lanes are open, drivers will be able to use the express lanes without paying a toll until testing is complete in fall 2022. Two general-purpose lanes in each direction will always remain free to travel.

Minor construction on the project will continue through the summer. That work includes final paving and striping operations in the middle section of the project near Larkspur, installation of deer guards near the interstate, and landscaping. Toll testing and integration will also be ongoing through 2022.