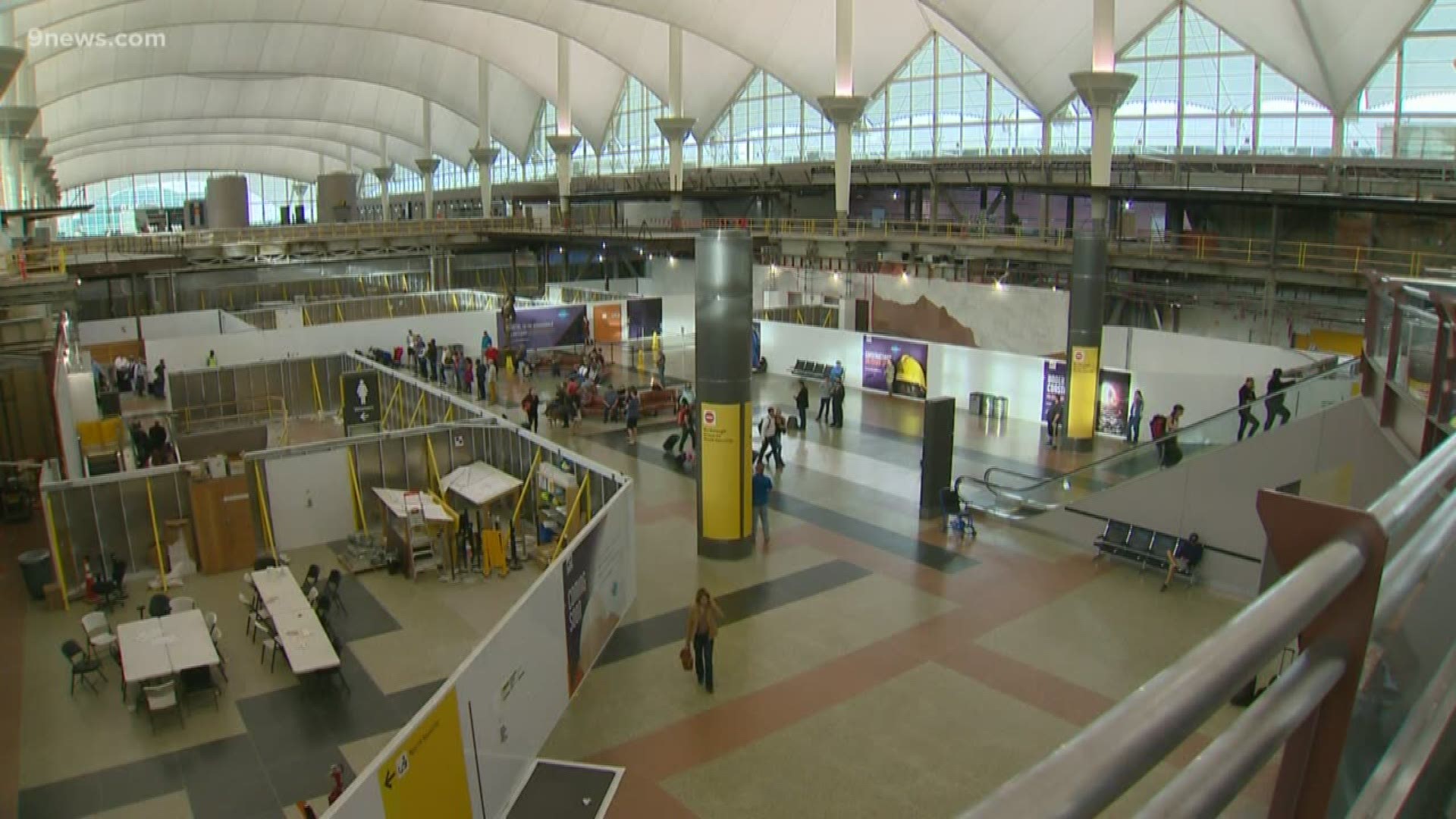 The work zone at the DIA terminal has sat mostly dormant for months, the sounds of construction all but silenced after the airport evicted the developer first tasked with transforming its Great Hall.

“While the Great Hall to date has not gone exactly as we had planned it, we are committed to completing this project in a responsible way,” said DIA CEO Kim Day to members of Denver City Council’s business and aviation committee in early February.

Day and her team signed a contract with Hensel Phelps earlier this month.

Under the terms of the deal, the company will take over as the general contractor for the construction project.

As the airport states on its website, it’s “a renovation of the airport’s main Jeppesen Terminal to create an airport for the future with enhanced safety and security, a more intuitive passenger flow and increased capacity to accommodate continued growth.”

“We’re handling nearly 70 million passengers in a terminal designed for 50,” Day told the committee earlier this month.  “It’s clear we need to get ready because our airport is growing much faster than anyone ever anticipated.”

Hensel Phelps will take on phase one of the project in March, which airport officials say is about 25% complete.

This phase focuses on level six of the airport and includes installing new ticket counters for United and Southwest; widening balconies so TSA checkpoints could eventually move upstairs; adding new bathrooms; and upgrading the finishes over the entire floor.

“Obviously, we want to get the project done as quickly as possible,” Cristal DeHerrera, the chief of staff at DIA said to the committee.  “It’s really important to understand that this is a very unique situation where you’re bringing in a new team to take on someone else’s work.”

That someone else was Great Hall Partners.

In August 2019, the airport fired Great Hall Partners saying it fell behind schedule and was going over budget.  Now, they are in litigation.

“We’re still finalizing the remaining portions of the termination payment with the former developer,” DeHerrera told the committee.

She also said they hope to finalize that payment in the first quarter of this year, but said it could take longer given the number of parties involved.

Until that is done, DIA leadership said they cannot determine the scope and timing of the rest of the project.

However, the airport said they think phase one should be completed by the end of next year and passengers can look forward to a lot of noise, which could start before this month ends.

“We’re going back and we’re finishing demo,” Michael Sheehan, Senior VP of Development and Special Projects with DIA told the committee. “Yes, you heard me correctly, demo’s not complete.”