She stayed at the Hard Rock Hotel Punta Cana where two American tourists have died in the last year. 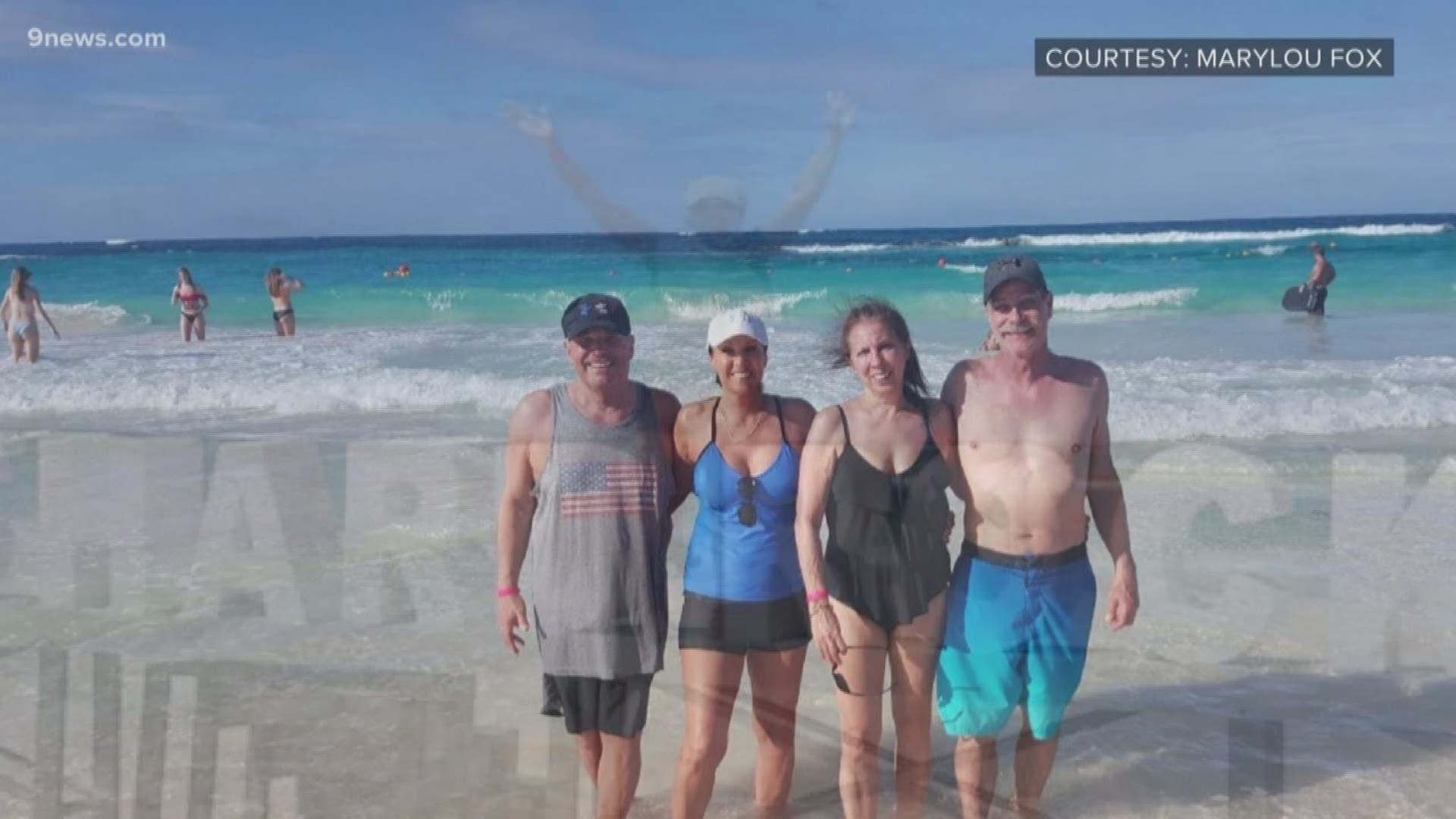 ELIZABETH, Colorado — At least eight American tourists have died while vacationing at resorts in the Dominican Republic in the last year. Many others have come forward about becoming suddenly sick, including Marylou Fox of Elizabeth who stayed at the Hard Rock Hotel Punta Cana in early April.

“We got to the Hard Rock and it was awesome. When we got to the room it wasn’t so awesome. I had to call housekeeping and have them come in and clean it,” said Fox.

After the room was cleaned she returned to wash up. She brushed her teeth and reached for a water bottle to rinse. She said her mouth and throat immediately burned.

“Immediately, I knew. So, I spit it out and I kept rinsing my mouth out, rinsing my mouth," Fox said. "I called down to the main desk and they came up immediately and brought me to the doctor.”

The medical professional at the hotel told Fox to get to a hospital. She received medications there and continued treatment back home in Colorado.

“They decided I probably just burnt the nerves in my throat. Because I’m still not talking right and it was going to take time to heal. I was lucky,” said Fox, who two months later said she still isn’t feeling back to normal.

She said she's asked the hotel for answers and said they haven’t explained why this foreign liquid was in her room. They instead offered her a room upgrade that she said she’ll never use.

Several American tourists who died in Punta Cana this year had pulmonary edema listed as a cause of death. That's excessive fluid in the lungs which can be caused by consuming bleach, according to the Centers for Disease Control and Prevention.

At least two of those who died had something from the minibar, NBC reported. A California man died suddenly at the Hard Rock two months ago after drinking scotch from the minibar.

Fox said that while she got sick after drinking from a water bottle, the liquor in her minibar was not sealed.

"I thought, 'Well it was just a mistake'," she said. "But with everything that is happening, I am not so sure."

9NEWS reached out to the Hard Rock multiple times on Friday but never heard back.

The FBI is investigating the deaths at four resorts. They're waiting for toxicology reports on those who have died recently.

So far the state department has not issued a travel warning.