Denver's 'Train to the Plane' turns 5

The 23-mile rail line serves customers between Union Station and DIA in 37 minutes. 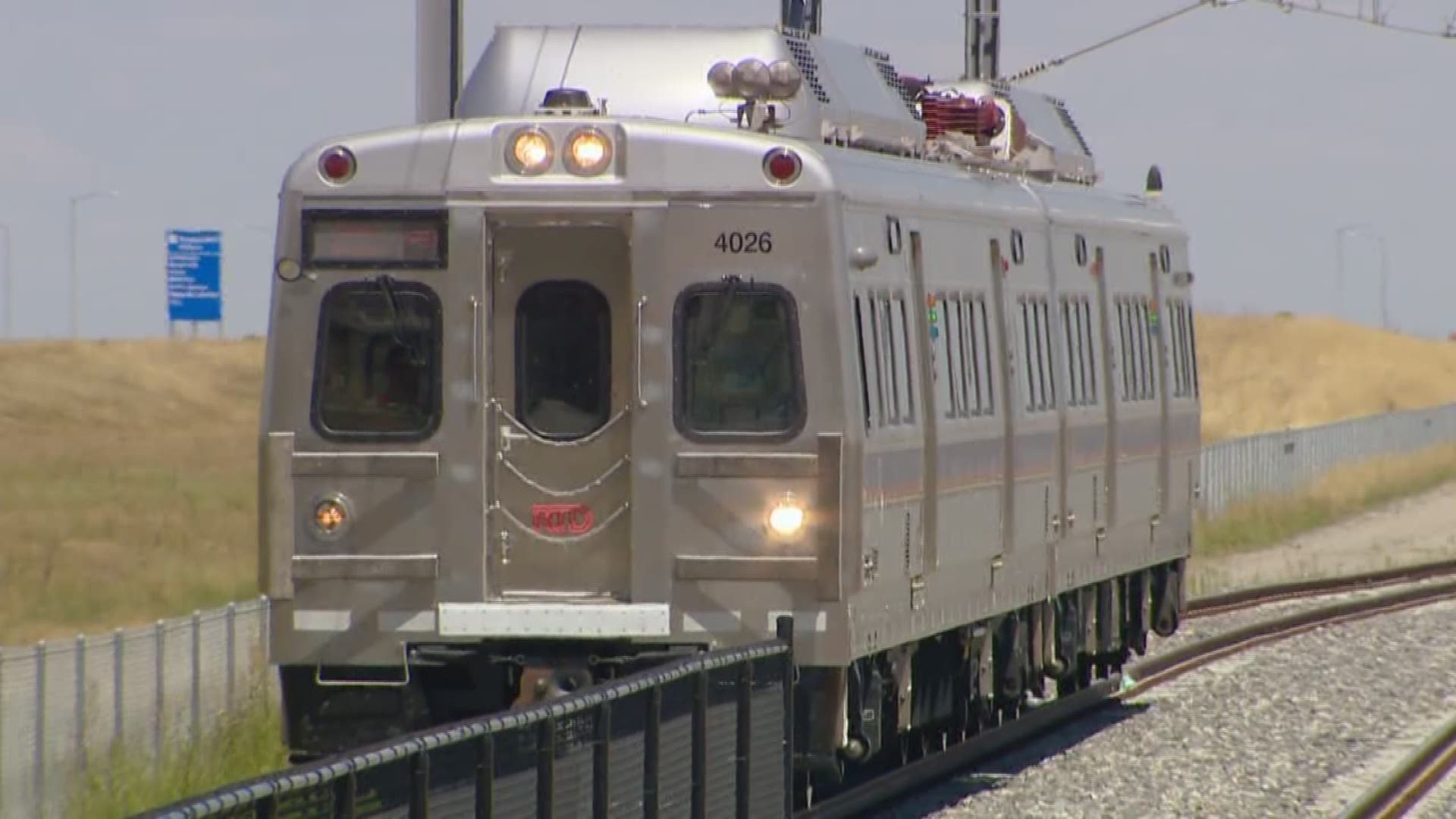 DENVER — Denver's "Train to the Plane" is celebrating its fifth year of service.

RTD and Colorado public officials held a celebration Tuesday, April 27 to mark the fifth anniversary of the train's opening.

RTD said ridership on the 23-mile A Line has grown steadily over its five years of operation. During August 2019, the month with highest ridership, the University of Colorado A Line carried more than 744,000 customers – about 24,000 per day.

According to DIA, the A Line's electrified trains on the line have collectively traveled close to 17.5 million miles – a distance that encompasses more than 36 trips to the moon and back.

“With every decision, RTD aims to provide our customers with a viable transportation network that is comprehensive and seamless, and the University of Colorado A Line is a notable part of our system,” said Johnson. “The addition of this line has broadened the connections our customers can make and led agencies worldwide to ask how we made it all possible.”

During the COVID-19 pandemic in 2020, RTD said its commuter rail services retained 45% of pre-COVID-19 ridership numbers – the best in the nation for commuter rail.

The CU A Line was part of RTD’s 2004 voter-approved FasTracks plan to expand transit across the Denver metro region.

Construction on the project began in 2010 and the last rail was laid in 2014. The A Line has seven stations from Denver's Union Station to DIA.

RELATED: Last April, DIA was almost empty and planes were parked on the runway. Here's what it looks like now

University of Colorado A Line

RELATED: United to begin new flights between Denver and Idaho