Since construction first began, Denver International Airport has been the subject of numerous conspiracy theories. 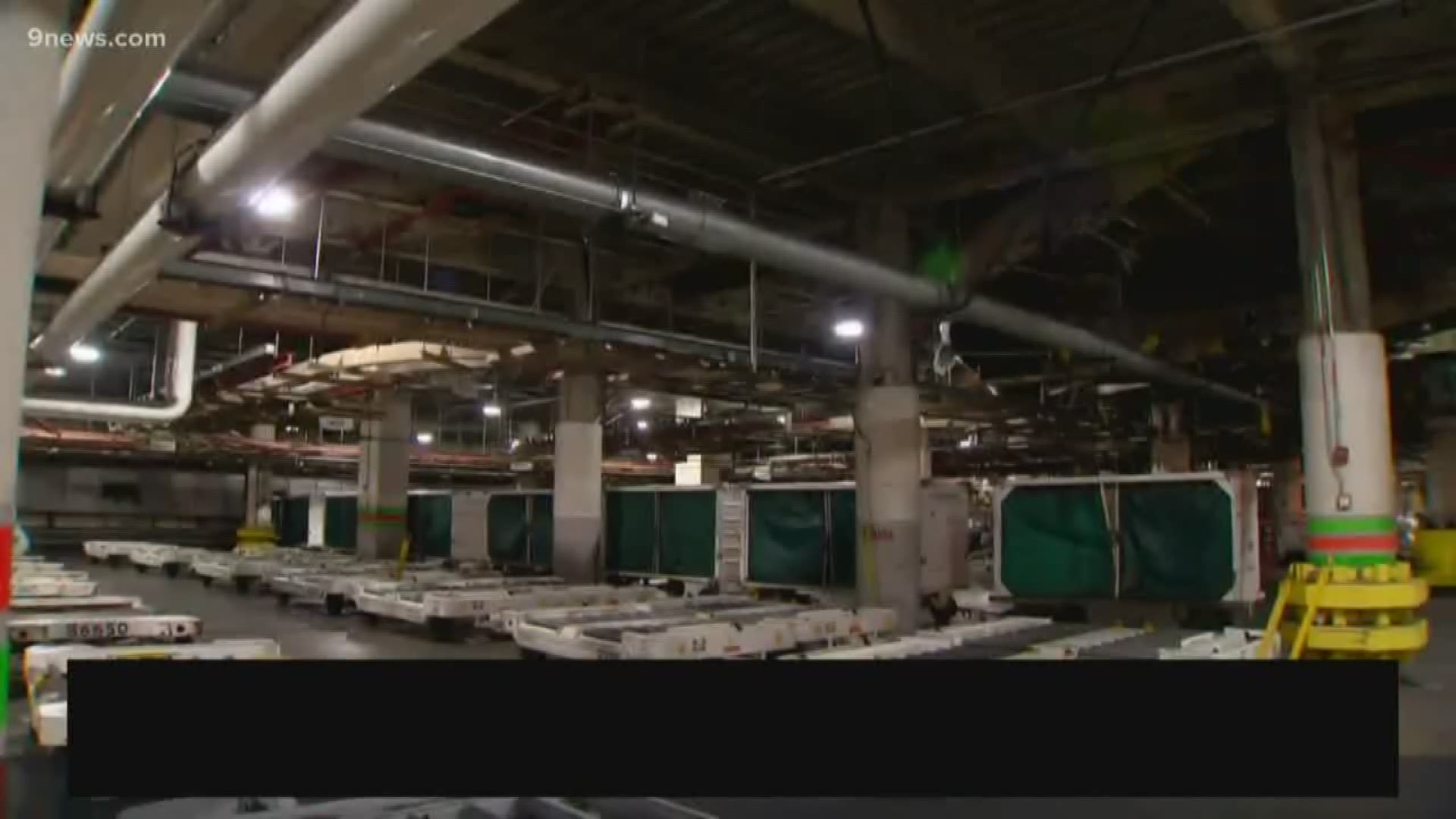 DENVER — To its credit, Denver International Airport has had a good sense of humor about the conspiracy theories that have plagued it over its 25-year history.

After all, it now features underground lizard people in its new ad campaign.

OR … IS THIS SENSE OF HUMOR JUST PART OF THE CONSPIRACY?!

Since this very serious journalist is not a member of the New World Airport order, I can’t say for certain. What I can say is that I’ve used my work computer to watch numerous YouTube videos highlighting some of the undoubtedly creepy things about the airport. Here’s a look at some of the theories (and DIA’s responses).

RELATED: We hope DIA isn't trying to tell us the end times are 'coming soon'

RELATED: DIA basically admitted the construction is for Illuminati tunnels (and Blucifer is in on it)

Was there anything wrong with the original airport in Stapleton? Proponents of DIA’s construction say absolutely, that the old airport had an inefficient runway design and that it couldn’t expand since it was surrounded by development.

As for the conspiracies? They claim DIA’s capacity was actually less in the beginning than Stapleton … and it doesn’t make sense why it’s 25 miles from downtown Denver.

Then, there’s the fact the airport opened 18 months behind schedule and $2 billion over budget.

“Denver International Airport finally opened today, hailed by its proponents as a mighty catalyst for the economy of the Rocky Mountain region and ridiculed by detractors as a $4.9 billion monument to boosterism and boondoggling,” a March 1, 1995 New York Times article reads.

For some, the airport’s strange story just didn’t sit right. And that led to the conspiracy theories.

The conspiracy theory? The fact the runways at DIA look sort of like a swastika. Given the sensitive nature of the topic, DIA has not taken this particular conspiracy theory in stride (or really addressed it at all).

The real story behind the runways, at least according to the Federal Aviation Administration (FAA), is that they’re optimized for allowing planes to take off in various directions based on the wind and different flight patterns.

A strange blue animal with laser eyes (his name is technically “Blue Mustang”) doesn’t seem like the most fitting piece of public art to welcome people to Denver, but now Blucifer’s such a landmark that we’re kind of used to him.

The 32-foot-tall statue just off Pena Boulevard has a scary history. Its creator, artist Luis Jimenez, was killed when a piece of the sculpture fell off and severed an artery in his leg. Jimenez’s family made sure that the Mustang was finished, and it found its home in front of the airport in 2008.

Here’s what’s crazy: The sculpture was actually commissioners in 1993, but like the airport itself, there were numerous delays over the course of the process long before Jimenez’s death.

And as for the creepy laser eyes? His family has said they’re actually a homage to Jimenez’s father’s work with neon lights.

Some conspiracy theorists allege that Blucifer represents one of the four horsemen of the apocalypse. The airport said he was designed to capture the spirit of the American west.

There are a lot of theories when it comes to the tunnels underneath DIA. Some allege that they connect the airport with Cheyenne Mountain about 100 miles away in Colorado Springs. Others claim that they’re underground bunkers that will be used by the world’s elite when the apocalypse comes (the original theory was that that would happen in 2012, which we can definitively say was false).

One man who claimed to do construction for the airport alleged that entire five-story buildings are underneath the airport.

RELATED: Next Question: Has there been any effort to resurrect DIA’s failed ‘baggage system from hell?’

A few years ago, DIA allowed 9NEWS Anchor Gary Shapiro into the tunnels. Those are home, in part, to the airport’s botched automated baggage system, which was ultimately ditched in 2008 when it proved not to work very well.

For what it’s worth, many YouTube commenters called this video an “obvious disinformation campaign."

And as for that underground baggage system? It’s notoriously bungled implementation is believed, by conspiracy theorists, to be a disinformation tactic to divert eyes away from what’s really happening at DIA.

Conspiracy theorists believe in something called the “New World Order,” or a clandestine government made up of the world’s elite.

So, with that in mind, it’s a little weird there’s a plaque at the airport saying it was funded by the “New World Airport Commission.” There’s not an actual group by that name, and on top of that, the plaque also features a masonic symbol.

Westword reports, however, that a man named Charles Ansbacher (who conducted the Boston Landmarks Orchestra) came up with the New World Airport Commission name in an effort to help publicize DIA around the world.

RELATED: We hope DIA isn't trying to tell us the end times are 'coming soon'

RELATED: DIA needs new art, and they'll pay up to $4 million for it

The art that’s the subject of the brunt of the conspiracy theories are a series of murals by Leo Tanguma. These feature depictions of children cowering in fear while a green dude holds a sword and gun it’s called “Children of the World Dream of Peace”) and animals in glass boxes.

For what it’s worth, DIA says these installations actually are about world peace. And as for “Children of the World Dream of Peace,” it was put into the storage due to the long-delayed Great Hall project.