The memorial was dedicated Friday at a firehouse at Denver International Airport. 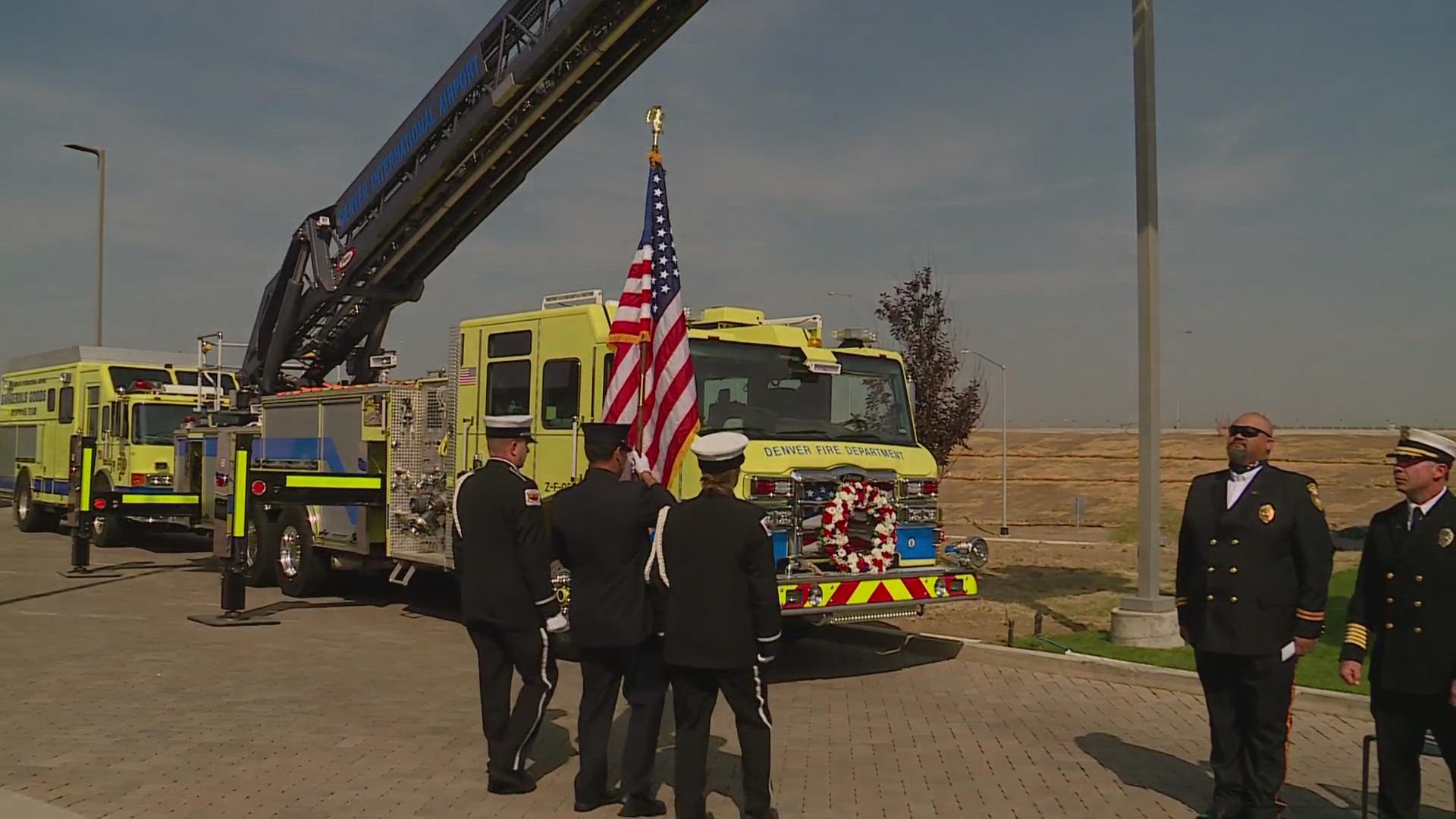 The memorial is at Fire Station 35, at 25365 E. 75th Ave., on DIA property, and is created with steel from the World Trade Center. The steel was donated by the nonprofit organization Counterterrorism Education Learning Lab, according to a news release.

“The efforts of the 412 emergency service workers who died that day will never be forgotten, and this monument stands as a testament to their sacrifice,” said Denver Fire Chief Desmond Fulton.

The plaque on the memorial reads, “This sacred piece of steel was recovered from the World Trade Center and serves as a memorial to all those who lost their lives on September 11, 2001. We shall never forget.”

On Saturday, DIA, along with the Transportation Security Administration (TSA) and airlines, planned to pay tribute to the victims and first-responders of 9/11 with a ceremony, followed by a moment of silence at 6:46 a.m. and 3 p.m., according to DIA.

Passengers in the main DIA terminal at that time were asked to join in a moment of silence for the fallen.

“9/11 forever impacted the aviation industry and resulted in the creation of TSA, changing air travel as we knew it,” said DEN CEO Phil Washington in the release. “It is a day our emergency responders, airlines, TSA, airports across the country and many others will never forget. We must continue to honor all those who keep our aviation system safe and operational.”