The first plane to land at Denver International Airport was flight 1474 from Colorado Springs. 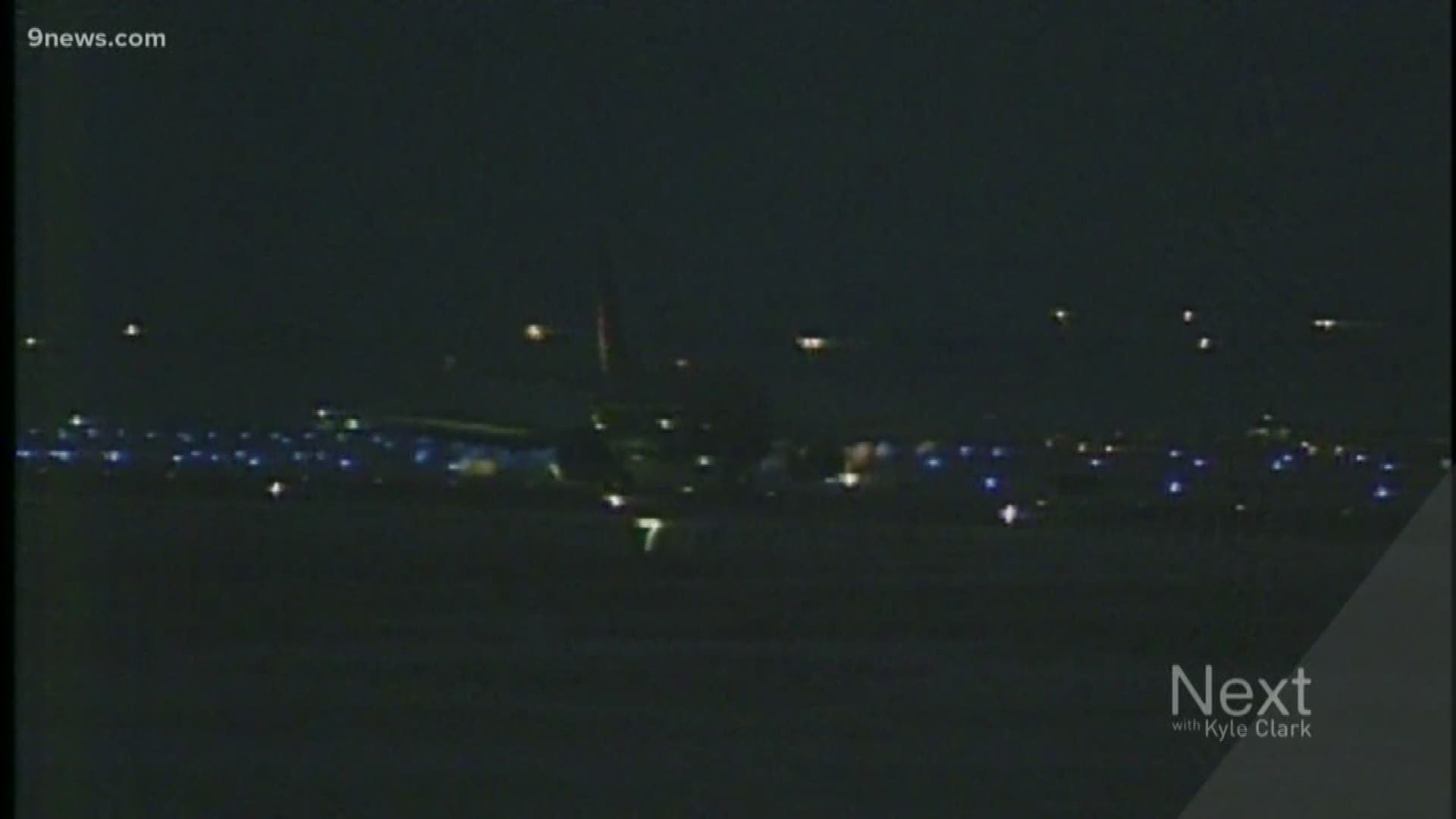 DENVER — When Daniel Bennett was a kid, he knew he had to decide between becoming a pilot or going into medicine.

He’s now a doctor who specializes in interventional spine and pain management, but he also has another distinction: being one of the first passengers to arrive at Denver International Airport. And yes: that’s something Bennett did on purpose.

“I thought it would be great to be at the airport and be part of an opening of a major airport, because that’s really rare,” Bennett said.

DIA opened on February 28, 1995. Bennett was one of the 300 passengers aboard the 40-minute flight 1474 from Colorado Springs. By far the most famous traveler aboard that plane was Elrey Jeppesen, the airline mapping pioneer who DIA’s main terminal is named for.

Bennett said Jeppesen was in first class, and he was just a few feet behind him in the first row of coach.

RELATED: DIA turns 25: Here's all of our coverage

“Everyone just mingled,” Bennett said. “We had champagne – which was unusual in coach – and we just had a great time talking."

“The thing I remember most is meeting Captain Jeppesen and his wife. He was a very tiny man, real cool guy, very friendly, very interested when you were talking to him, and I got to chat with him for a good five minutes.”

Jeppesen died in 1996 at age 89. Before his death, Bennett said Jeppesen gave him a medallion from the DIA dignitary dinner and a signed program.

Others aboard that first flight into DIA included media and some of United’s most senior pilots and flight attendants. Bennett said when the plane landed, United had people stand near the gate holding flags from all the destinations the airline flew to.

RELATED: DIA's CEO reflects on past, eager for airport's future

There were also dignitaries waiting inside the terminal, Bennett said none of the passengers wanted to go first to shake hands with the likes of former Denver Mayors Federico Pena and Wellington Webb.

“A group of us was standing there and no one wanted to go,” Bennett said.

In addition to being on the first flight, Bennett said he has another distinction: getting the first page at DIA.

“As we were leaving the gate, I heard the overhead page start and it said ‘Dr. Bennett, Dr. Daniel Bennett, please pick up a white courtesy telephone.”

He said as it turned out, one of his coworkers called the airport and said he really, really needed to speak to Bennett. The page wasn’t urgent though.

“It was just to say ‘hey, we know you’re at the airport, how’s the opening going?’” Bennett said.