A flight between Denver and Guadalajara, Mexico will operate twice a week for essential travel between the two countries. 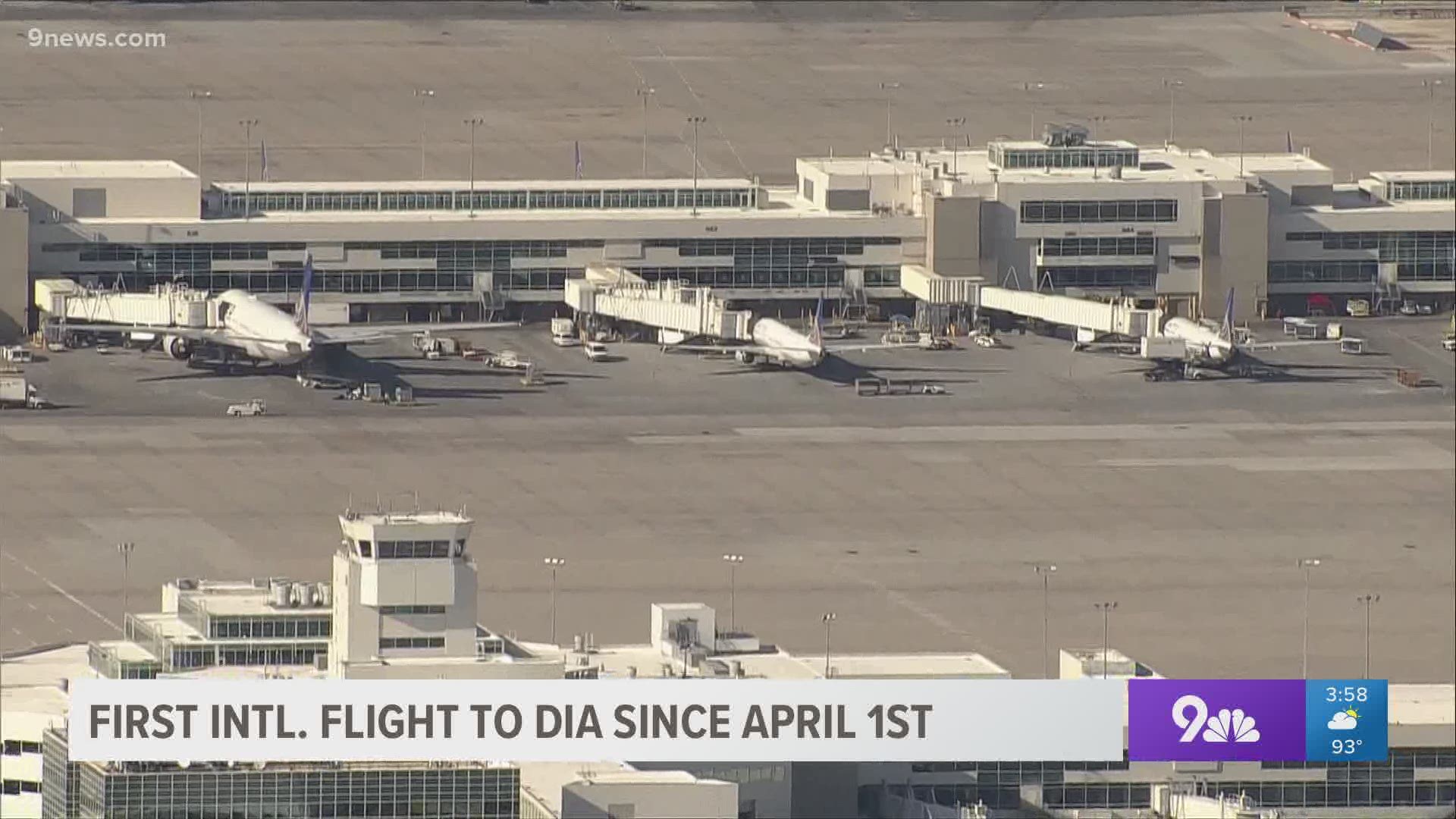 DENVER — A plane from Guadalajara, Mexico arrived at Denver International Airport Tuesday – and it was the first international flight to do so since April 1.

DIA ceased all non-domestic flights on April 2 due to the COVID-19 pandemic. Tuesday’s flight from Guadalajara was operated by Mexico-based airline Volaris, which will continue to fly non-stop between Denver and Guadalajara two days a week.

>> The video above shows images of a nearly-empty DIA at the height of the pandemic.

At this point, the flights are only for essential travel, according to a news release from the airport. Any other trips to and from Mexico are suspended through July 21 due to coronavirus concerns.

DIA said Volaris plans to operate service between Guadalajara and Denver for the rest of the year, and potentially add service to Mexico City and Chihuahua as conditions warrant.

The last international flight at DIA was an Air Canada flight to Vancouver on April 1.

Most international travel has been at a standstill since most countries have restrictions in place. DIA said in a news release it hopes to add more flights as those rules are relaxed.

At the height of the pandemic, traffic at DIA was down 95% of its usual levels, and airlines parked their unused planes on empty tarmacs and even a closed runway.

Operations have slowly returned closer to normal as states have reopened. The airport is requiring that face masks be worn inside, and even installed vending machines that sell masks, hand sanitizer and anti-bacterial wipes.