DIA's trash diversion program is an incentive to donate what they can, rather than put things in a landfill. 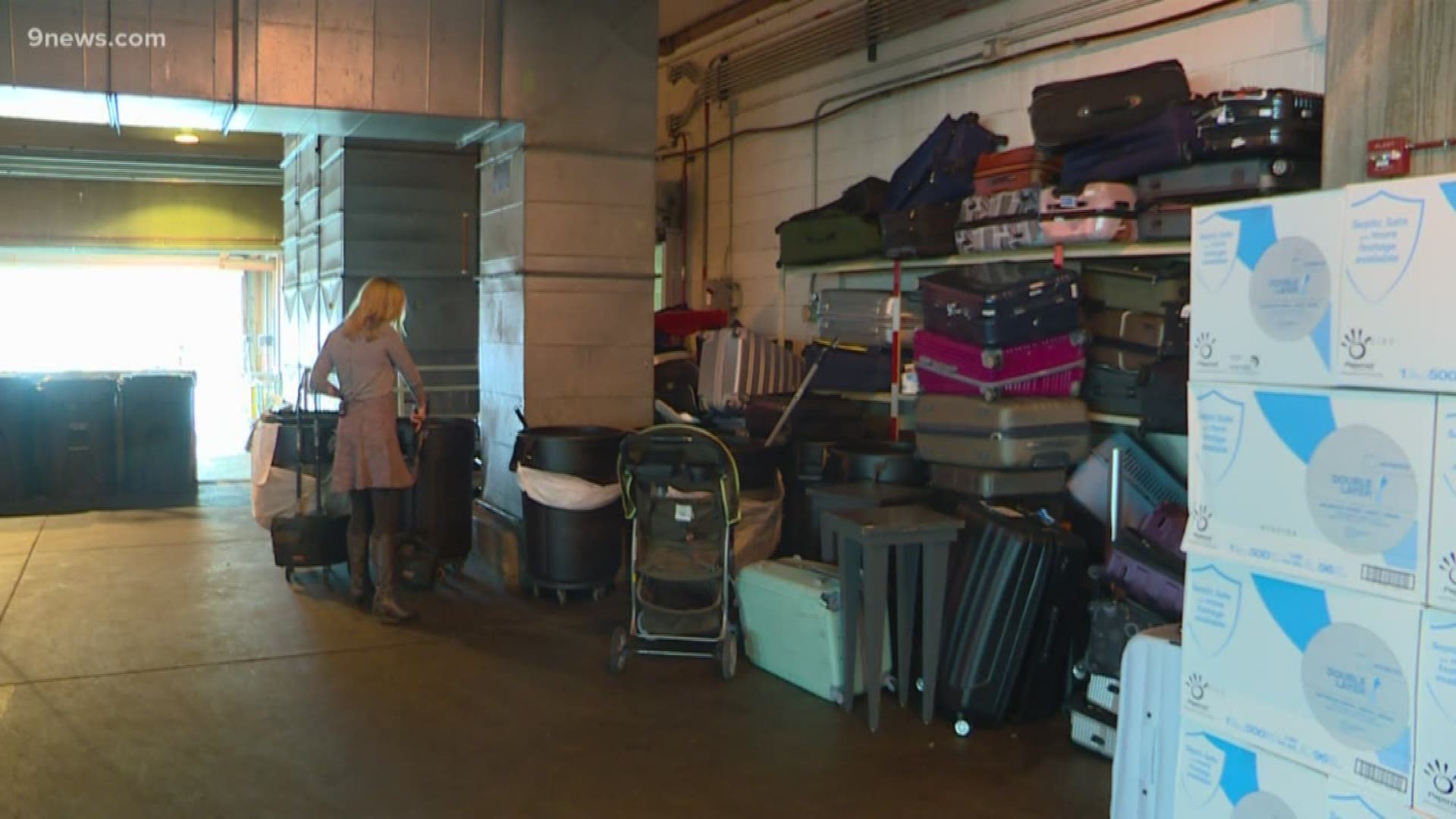 At the Denver International Airport, people are focused on the adventure that lies ahead, and not a lot of thought goes into what gets left behind.

“Last year we had 69 million people come through Denver International Airport and that can be a lot of trash," said Emily Williams, a spokesperson for DIA.

They find trash in many forms, such as abandoned bags. They aren't from the lost and found, but left near trash cans or emptied at baggage claim.

They bring them down below to the loading docks, where the Denver Rescue Mission picks them up.

“Once a week or once every two weeks depending on how much they have," said Marvin Nelson, a driver and warehouse assistant for the Mission. “We’re very grateful."

In addition to the luggage, when we caught up with him, Nelson was loading more than 30 bags of toilet paper into the truck.

"So we don't want to strand anybody in the bathroom with not enough toilet paper to get through before our next group of cleaning folks come in," Williams. said "So we donate those half-used rolls to the rescue mission."

DIA donates around three to four tons of toilet paper every year.

“They really do provide us with the quantity we need to be able to serve the mass of people that we serve," said Jeremy Conrad, Denver Rescue Mission's director of operations.

Conrad says the population the Mission serves is mobile, and luggage in their client services store where everything is free is gone within a few days.

In addition to luggage and toilet paper, DIA donates other abandoned items like strollers, and boots from maintenance workers.

They also have a partnership with the organization We Don't Waste, and last year, donated 64.3 tons of food.