'I thought my son was going to die in my arms': Strangers help boy after medical emergency at DIA

A California family visiting Colorado this week says their son had a seizure in the baggage claim area of DIA when strangers stepped in to help. 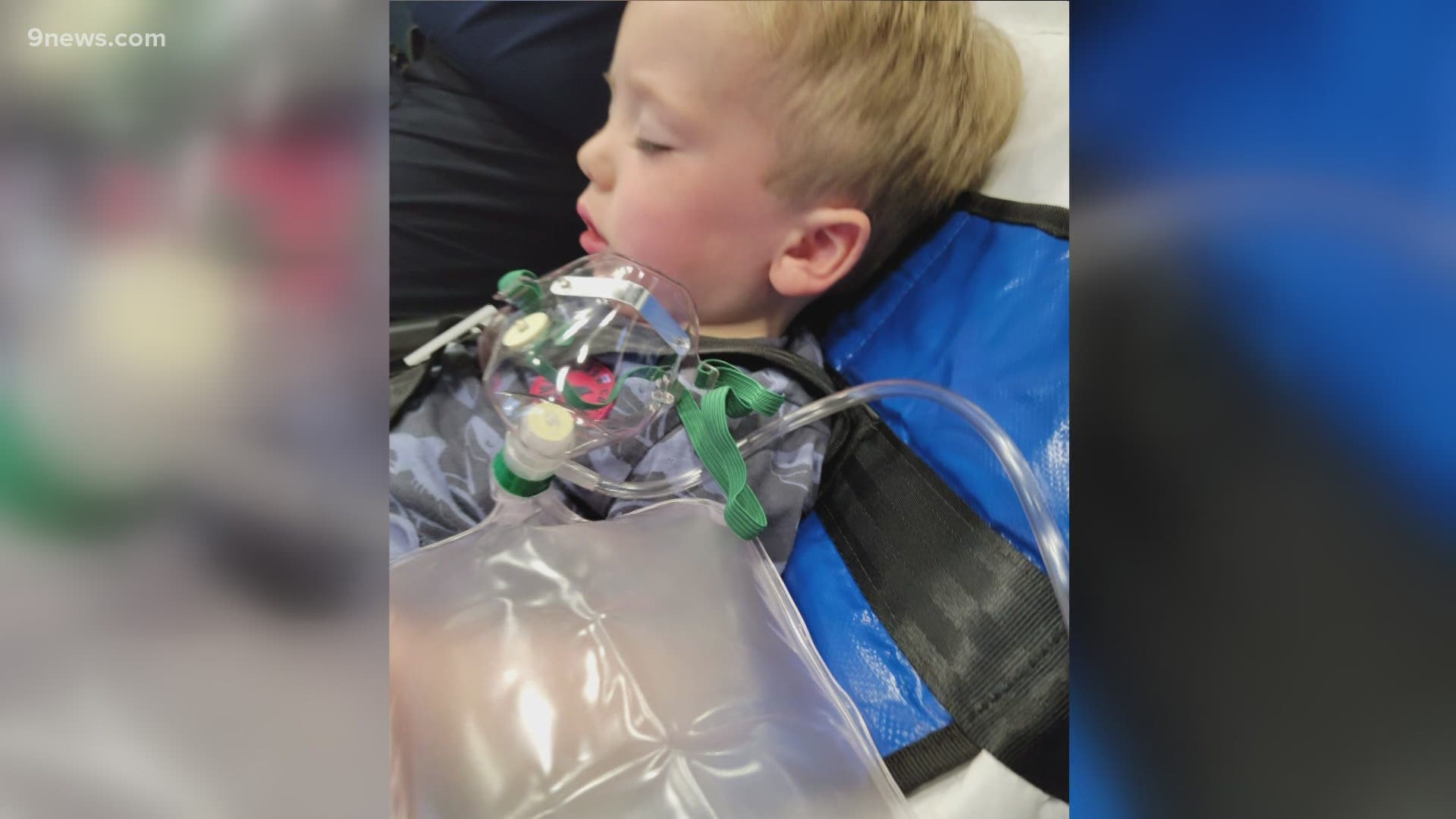 DENVER — At any airport, we may tend to find ourselves focused.

For Michelle Horwege, it was a family trip from their home in California Monday to see in-laws in the Denver area that they were focused on. But that focus quickly shifted after landing at Denver International Airport (DIA).

"He felt a little bit warm, but not alarming," Horwege said, referring to her nearly 2-year-old son, Nolan. "I just thought maybe, you know, there's just a different environment, I guess."

Nolan was still asleep on her shoulder from the plane ride, but when they arrived at the baggage claim area, her husband went to grab the car seat in a different section, and that's when Horwege said she figured out something was really wrong.

"He was really limp. I was trying to listen for his heartbeat because he just wasn't feeling right," she said. "He felt really weak. And then I was saying his name and he wasn't responding at all."

She added that his lips started to turn blue, and essentially, he was unresponsive. That's when complete strangers stepped in to help.

"A family happened to be walking by and probably noticed the look of panic on my face and asked if everything was okay. I said, 'no I don't think my son's breathing,'" she said.

After, she said two doctors who also just happened to be in that part of the baggage claim came to help out too.

"They kind of stepped in. And then the family that I mentioned initially who helped me, she stayed around and was kind of my support person while the doctors were looking after my son and trying to figure out what was going on," she said.

Eventually, Nolan was transported to a local hospital, where Horwege said paramedics believe Nolan may have had a febrile seizure.

Horwege said she wants to say thank you to the complete strangers who stepped in to help.

"I thought my son was going to die in my arms. And honestly, these people who have no connection to me at all were there for me when I felt I had nobody and I was so alone," she said. "I would just want to say thank you, thank you for stopping. I think we all kind of can get wrapped up in and being in a rush and going to meet whoever is picking us up, especially in the airport. It's crazy. I'm so grateful for those who took their time to stop and make sure we were okay and tried to help."

While Horwege said they'll be following up with doctors about what happened, they believe Nolan will be okay.

According to 9Health Expert Dr. Payal Kohli, generally speaking, a febrile seizure, if it occurs, is typically known to happen to young children between the ages of 6 months and 5 years old, but it's really concentrated on the 1-2-year-old age group.

"And essentially what happens is that the brains of younger children are a little bit more sensitive to temperature. And because they're still developing, they can react to fever in an unusual way," she said.

While frightening in the moment, Dr. Kohli said it typically does not lead to any negative long-term impacts.

"In general, a febrile seizure usually is not associated with any long term problems with neurologic development growths or any other complications," she said.

As for when it comes to what to do if that happens, Dr. Kohli recommends putting your child on their side and, and among other things, calling for medical attention.

"The first thing you want to do is to lower your child to the floor so that they're supported," Kohli said. "You want to turn them to their side so that there's nothing going into the back of their throat if they are at risk for aspiration. You want to loosen any clothing around their head or neck. Time how long the seizure is occurring and keep an eye on their skin tone so that if it starts to turn blue or anything like that, then you're starting to get into a little bit more of an emergency."

RELATED: All-Star Game-themed license plates are up for auction