Four new gates on the B-West concourse will be the first to open by the end of 2020. An additional 39 gates are planned. 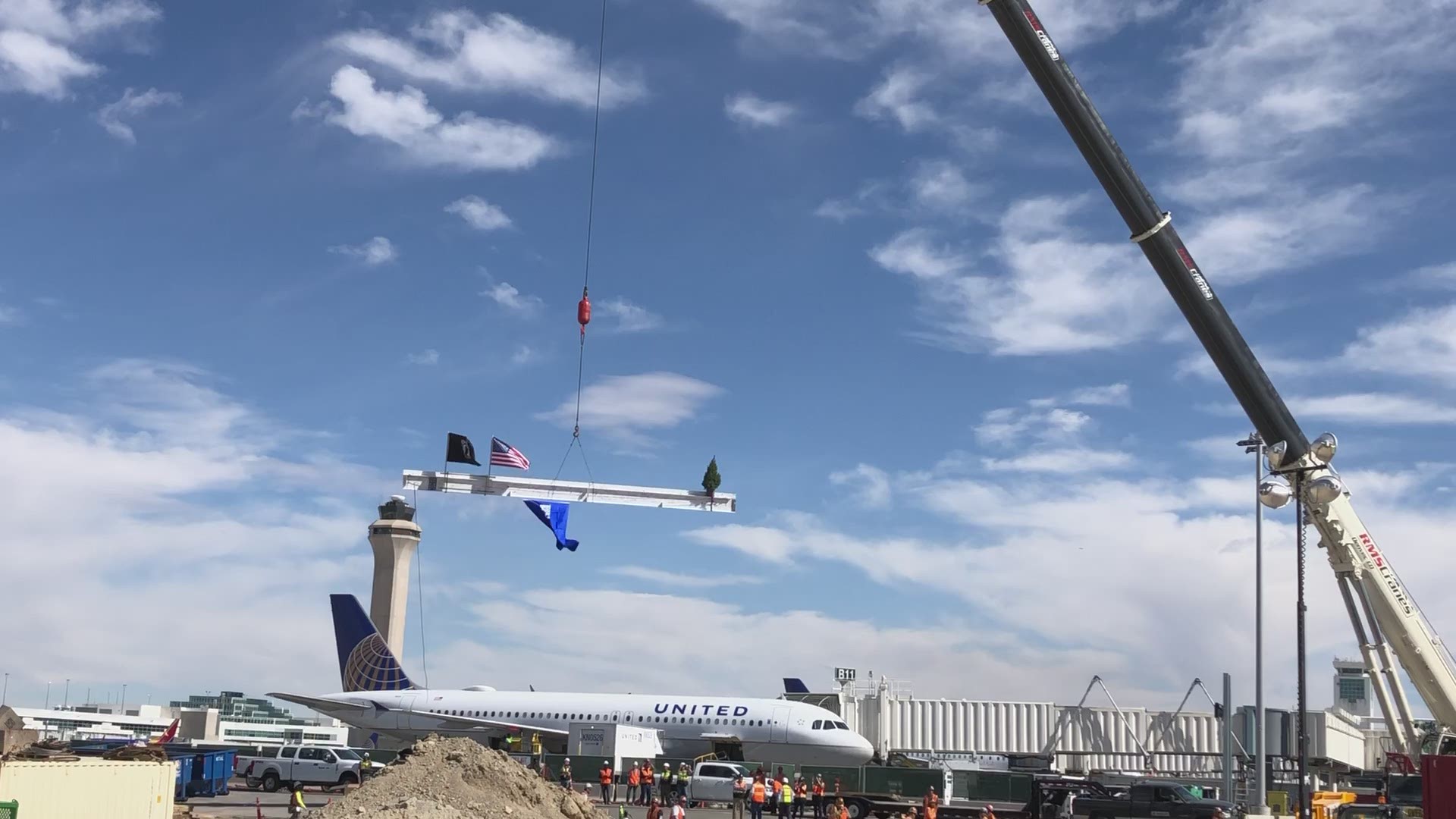 “This is an exciting milestone as [DIA] continues to expand and improve our facilities to meet and keep up with passenger traffic and airline growth,” said airport CEO Kim Day. “We’re proud to say that this project broke ground just 18 months ago and is on track to be completed on time in 2021, and within the set $1.5 billion budget.”

The Gate Expansion Project is adding 39 new gates, an increase in gate capacity of 30%. New gates will be added on all three concourses to allow all airlines an opportunity to grow. The airport will also be able to accommodate new airlines, including international carriers.

Below is the breakdown of the location of the 39 gates:

When complete, all three concourses will feature great amenities, including an opportunity for passengers to step outside at DIA’s post-security outdoor patios.

Credit: DIA
A rendering of the outdoor patio

The new outdoor space will provide views of the mountains or prairies and will feature a pet relief area, outdoor seating and fire pits.

Gate waiting areas at all 39 new gates will also be improved with a variety of seating options, from lounges to workspaces to bar stools, all with power outlets for charging.

Credit: DIA
A rendering of the gate waiting area

Restrooms in the new space will also be upgraded, and more family restrooms, nursing rooms, and pet relief areas will be added. Passengers will also have more dining and shopping options near the new gates.

And in other airport construction news, DIA's Great Hall Project remains in limbo after firing its contractor in August. Great Hall Partners has to have all of its equipment moved out of the airport by Nov. 11.

Currently, DIA is interviewing other companies that already have contracts with the airport to see if any of them can finish Phase 1 of the project. A spokesperson told 9NEWS they hold to pick one within the next two months, and then resume construction early next year.