Riders need to follow the same rules as people on bikes by riding in the street and designated bike lanes. 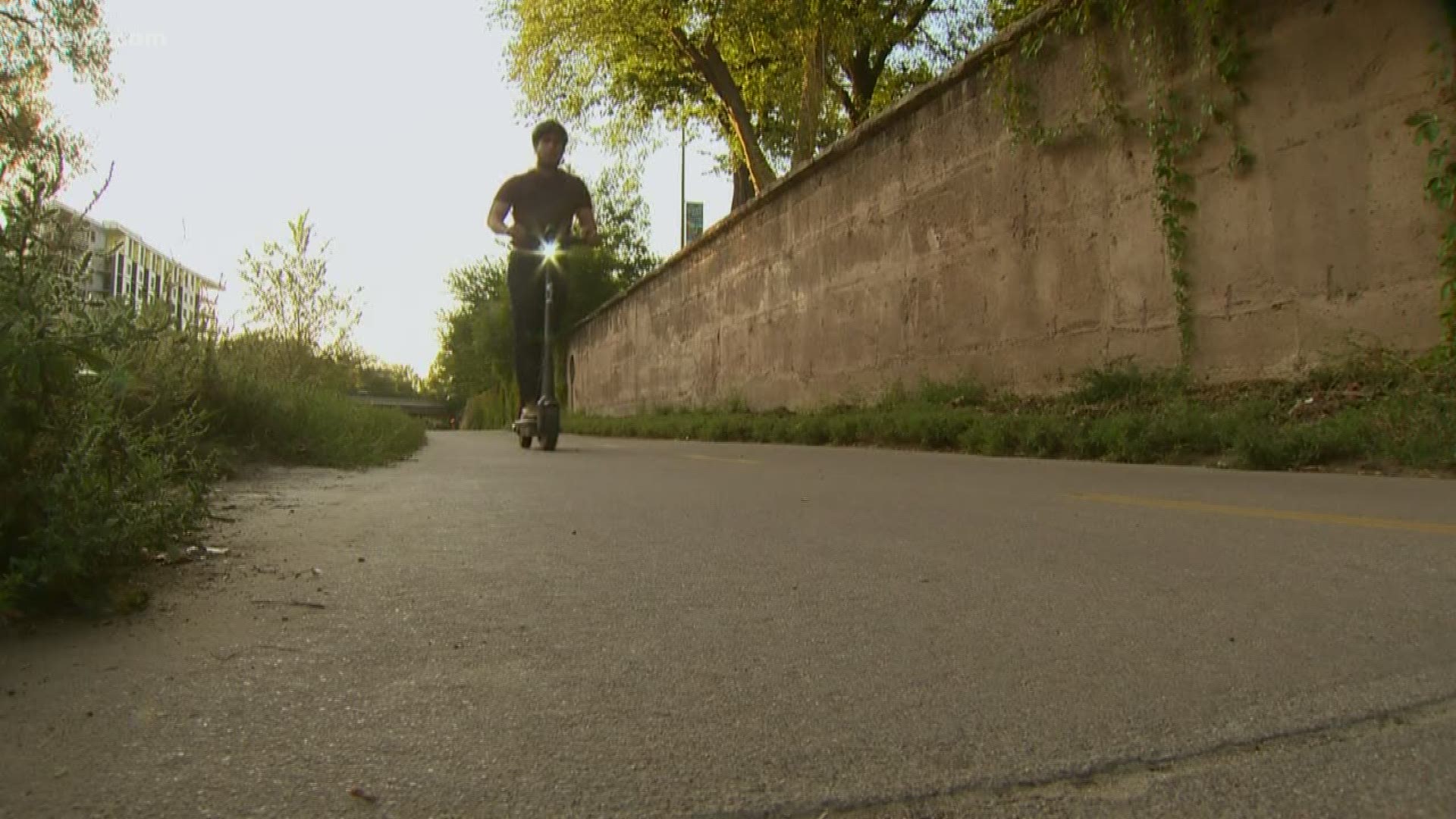 DENVER — Denver City Council on Monday night voted to prohibit the use of electric scooters on city sidewalks.

The change means scooter riders need to follow the same rules as people on bikes and electric bikes by riding in the street or in designated bike lanes.

Scooters, however, can still be parked on sidewalks.

"If Mayor Hancock signs the new standup electric scooter ordinance into effect, the Denver Police Department will first focus on providing training to officers on proper enforcement," DPD said in a statement in response to city council's decision. "In the early stages of implementation, DPD will continue focusing on educating riders on safe and legal operation before phasing in citations, when appropriate."

DPW, when the change was suggested, said the move would more closely align with state law signed in May and would provide consistency for law enforcement. Under the new rules, the Denver Police Department could also start issuing citations to riders who violate the law.

The Dockless Mobility Vehicle Pilot Permit Program started last summer and was set to end July 31. Last month, DPW announced that the pilot program would now run through August to allow details of the ongoing program to be finalized.

There are currently 2,840 electric scooters and 500 dockless bikes permitted for use in the city through the pilot program.

Denver Parks & Recreation is monitoring the use of electric scooters on trails through the end of October per a 180-day temporary rule, DPW said. Based on rider behavior and feedback received, the department will decide if they want to modify its current Park Use Rules.