Experts warn of more delays, cancellations as thousands fly out for 4th of July weekend

Experts in the airline industry are warning travelers to be patient and have a back-up, as airlines continue to delay and cancel hundreds of flights. 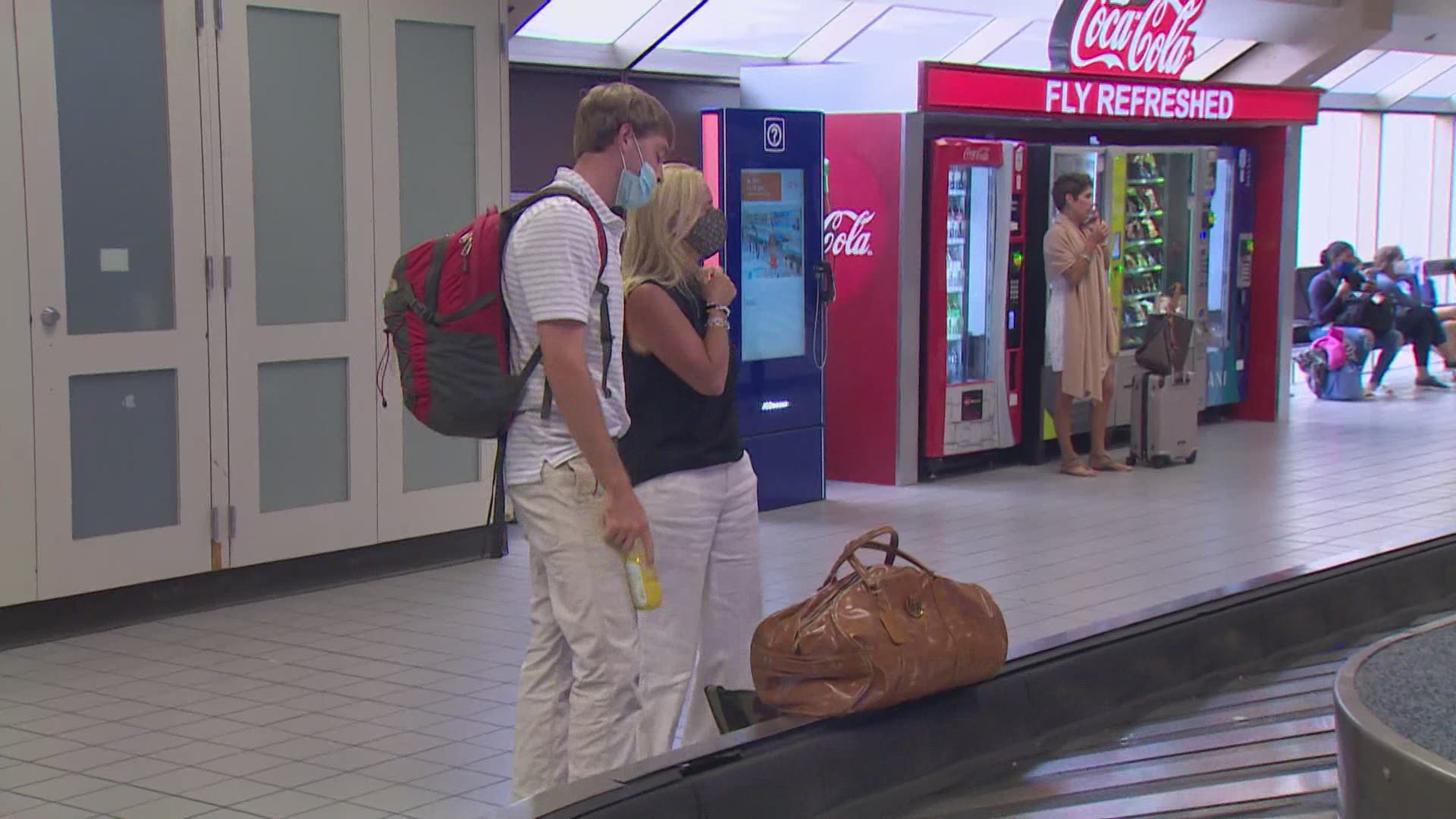 DALLAS — As thousands of families prepare to fly out for the 4th of July, experts in the airline industry are warning travelers to be patient and have a back-up, as airlines continue to delay and cancel hundreds of flights.

Maria Murphy spent her Wednesday morning at DFW Airport as she watched her granddaughter fly out.

“My granddaughter is going to North Carolina to spend some time with her godmother,” Murphy said. “I wish I was going with her, but that’s a different story.”

Thankfully for her granddaughter, her travel schedule moved mostly as planned. That was not the case for Autumn Saul.

“We were flying in from Augusta, Georgia. We got a text message around 8:30 last night saying our flight had been cancelled, that they would get back in touch with us,” Saul recounted.

“When I called, they said most likely we wouldn’t be able to get another flight out until Thursday at, like, 8 o'clock at night,” Saul said. “They had us drive from Augusta to Columbia this morning to catch a flight at 7:30 and then fly to D.C., catch another flight, then fly into Dallas.”

RELATED: Southwest blames storms for mass delays and cancellations, but pilots say other issues are at play

Clint Henderson is the Senior News Editor for the Multimedia Travel Blog "The Points Guy." He said airlines planned too many flights when demand picked up around Spring Break.

“What happened is, airlines got excited about it, and added a lot of flights to their schedules. Unfortunately, many of their staff are still furloughed or need to be re-trained to come back to work, so the staffing is not there,” Henderson explained. “Whether it be for airlines, car rental companies, hotels - you name it in the travel space. And they just don’t have the bodies to meet the demand that is out there right now.”

Henderson said patience is a must, but knowing airport activity will help you, too.

“Know the flights and schedules so that if you’re leaving on a flight on Allegiant out of Dallas, make sure you know what other carriers are flying that day out of Dallas, so you can sort of have a back-up plan in case that flight delays or cancels,” Henderson recommended. “A lot of times, an airline will pay to put you on a competitors' flight, but you need to be able to know to fight for that and know what’s available so you can ask for that at the airport.”

According to flightaware.com there were more than 240 cancellations in the United States by 3 p.m. Central Friday. More than 80 of those cancellations were on American, and another 80+ were on Southwest. For the very latest flight activity you can find information at flightaware.com.