Are labor shortages impacting the number of flights taking off?

According to the U.S. Bureau of Labor Statistics, the median annual wage for airline pilots, copilots, and flight engineers was $130,440 in May 2020. 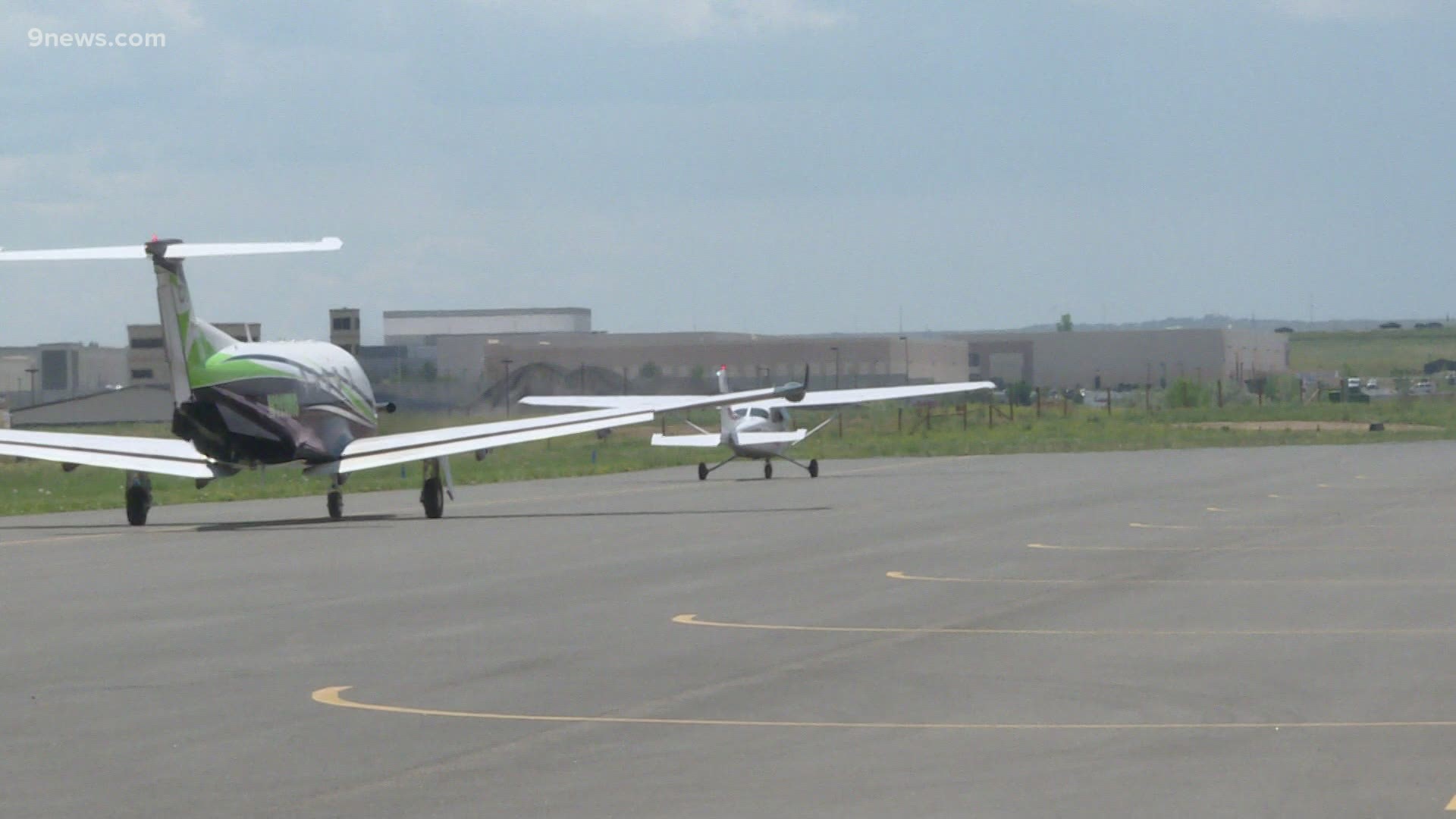 CENTENNIAL, Colo. — Recently, airlines like American Airlines have made headlines after having to cut several flights because of, among other reasons, a labor shortage while demand takes off.

A statement sent via email by a company spokesperson to 9NEWS read in part:

“The first few weeks of June have brought unprecedented weather to our largest hubs, heavily impacting our operation and causing delays, canceled flights and disruptions to crewmember schedules and our customers’ plans. That, combined with the labor shortages some of our vendors are contending with and the incredibly quick ramp-up of customer demand, has led us to build in additional resilience and certainty to our operation by adjusting a fraction of our scheduled flying through mid-July..."

Between July 2-14, the company cut about 1%, or an average of around 72 flights a day out of more than 5,500 thousand daily departures total.

We made these changes intending to impact the fewest customers by adjusting flights in markets where we have multiple options to rebook on other flights.

"We made these changes with the goal of impacting the fewest number of customers by adjusting flights in markets where we have multiple options to rebook on other flights," the statement also read.

Locally, it wouldn't appear that Denver International Airport (DIA) has seen many cancellations from the airline.

While the total amount of canceled flights may not seem like a lot at first glance, some industry experts in Colorado say it points to a bigger and ongoing issue: a labor shortage connected to pilots.

The pandemic and beyond

At Aspen Flying Club, their Centennial Airport branch is a hub for teaching people how to fly, whether it's to go on and fly professionally for a commercial airline or recreationally.

“It’s great for like instrument training so when you’re first, first, first learning how to do it," said Mike Nance, while sitting inside of one of their flight simulators.

Nance, a Branch Manager for the club, explained that at one point, flight schools had to temporarily pause their training because of the restrictions brought on by the COVID-19 pandemic, which resulted in a pause in the pilot pipeline.

However, after schools were able to reopen in person, some issues continued.

"I think we did a little better than a lot of flight schools that maybe cater to one kind of pilot. But it was pretty rough there for for a lot of schools. Some trainers that we wouldn't have been able to afford or buy, you couldn't find them," he said, adding that the first sets of flight training for smaller planes are necessary to move up the pipeline to commercial airlines.

"...you have to start at a plane that's smaller, slower, easier to maintain," he said.

However, he adds that there are benefits for the high demand for pilots in flight schools.

"When you when you see some of the big lines not only come out of COVID with, "Hey, we're going to start flying again, but also we're adding routes," that that is really, really great for the school that's building pilots so that they can go fly those planes. The more jobs there are. That's obviously better for us," he said.

But he also adds that the issue of pilot shortages stems back to after 9/11 happened.

"And then you also had this massive retirement that was happening from your military pilots that were going away. But because there was less military pilots, that was the primary place that airlines would get their pilots from. And then when all of that shut down, there was already a massive, massive shortage that we still hadn't even recovered from already," he said. "Then you had COVID and COVID ... You had some airlines, you know, depending on what their financial strategy was at the time. Some guys got laid off. Some guys were asked for early retirement. Well, some of those guys aren't coming back. So now you've got flight schools that are going to need to feed into it."

Ultimately though, Nance is optimistic for the future and explains that now is a great time to get into aviation, especially if someone is looking to make a decent salary.

"I would say there's never been a better time to get a better salary," he said. "...a career for the rest of your life would be nice to have a career that pays you a really nice salary with great benefits, great time off. And now it is the easiest time to get into it. And it's also with the most amount of safety."

Encouraging aviation careers for the future

Brad Elliott, the Colorado Aviation Business Association board chairman, described the issues we see now in staffing levels as a 'root cause scenario,' rather than a symptom.

"So the root cause is getting the people in the pipeline [to] become pilots, become mechanics, become aviation professionals," Elliott said. "And that's kind of what CABA is working on as well. We put scholarship's out - yearly scholarships out with our foundation."

Elliott also explained that another cause was certain industries not providing as many pilots as they used to.

"So you have other other industries that were feeding the pipeline for especially for commercial aviation. So we really need to get a an excitement built up about aviation. We need the public to come out and see aviation be part of it," he said.

He adds that the difficulty to re-hire so many furloughed employees has added to the general labor shortage among some airlines.

"So they had to reduce the overhead. That was one way they've done it. Coming back, the demand has shot back up. So the need for pilots, flight attendants, mechanics, dispatchers across the board, it takes a lot to keep the an airliner in the air. And there is a big need to bring those folks back on as well," he said. "There's a lot of retirements coming up as well. So there is mandatory retirements from the FAA on that side. So a lot is feeding into this. And it's been a well-known issue for the FAA and also for companies across the board. So we've been eyeing it and trying to increase the pipeline with scholarships and just get people excited about aviation."

Credit: Luis de Leon
Brad Elliott, the board chairman of the Colorado Aviation Business Association, stands in front of the control tower at Centennial Airport.

According to the U.S. Bureau of Labor Statistics, the median annual wage for airline pilots, copilots, and flight engineers was $130,440 in May 2020.

The bureau also reports that the overall growth for pilots is projected to grow 5% between 2019 and 2029, which is faster than the average for all occupations.

RELATED: The Teamsters have a new mission: Unionize Amazon workers