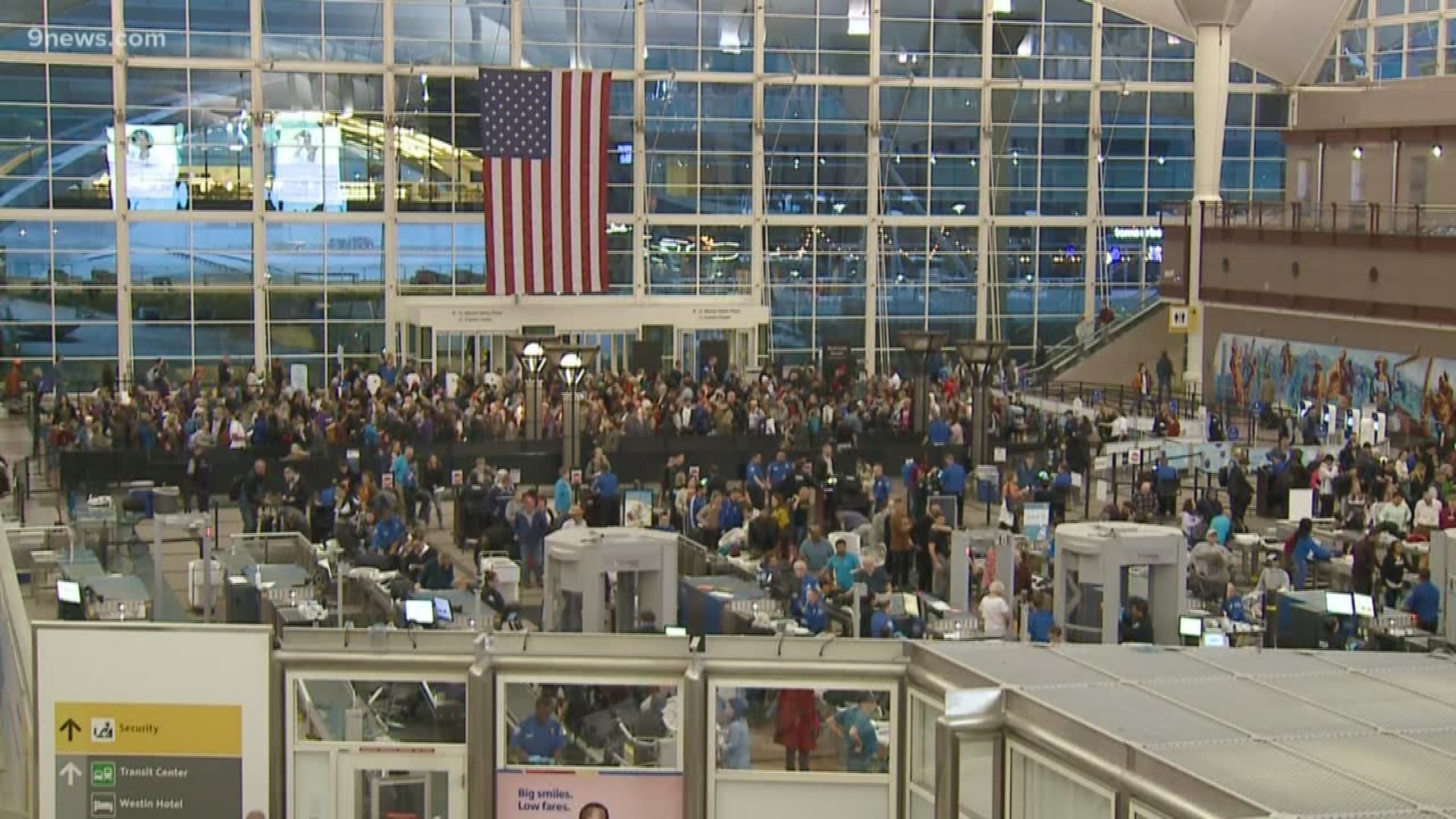 Major airlines, including Southwest and United, have canceled flights for Tuesday, according to the flight tracking website FlightAware.com. As of 5:30 a.m., 70 flights had been canceled and an additional 54 were delayed.

RELATED: Snow through the morning, showers again this afternoon

Airlines are dealing with a backlog of travelers after numerous cancellations and delays Monday evening.

"Due to the snow event in Denver on Monday evening, we experienced unusually long delays due to a number of factors, including long taxi times related to de-icing our airplanes," said Southwest spokesperson Chris Mainz. "The long taxi times resulted in a total of seven flights needing to be de-iced a second time, resulting in crew time-out issues."

Check-in counters had long lines early Tuesday, so travelers should allow plenty of extra time. Southwest Airlines reported that their lines and operations had returned to normal levels as of 9 a.m. Tuesday.

Airport officials said they expect operations at DIA to return to normal around 12 p.m. Tuesday as the snow winds down.

RELATED: This is what Colorado's May snow looked like