An independent committee will analyze RTD and explore solutions to the transportation agency's problems. 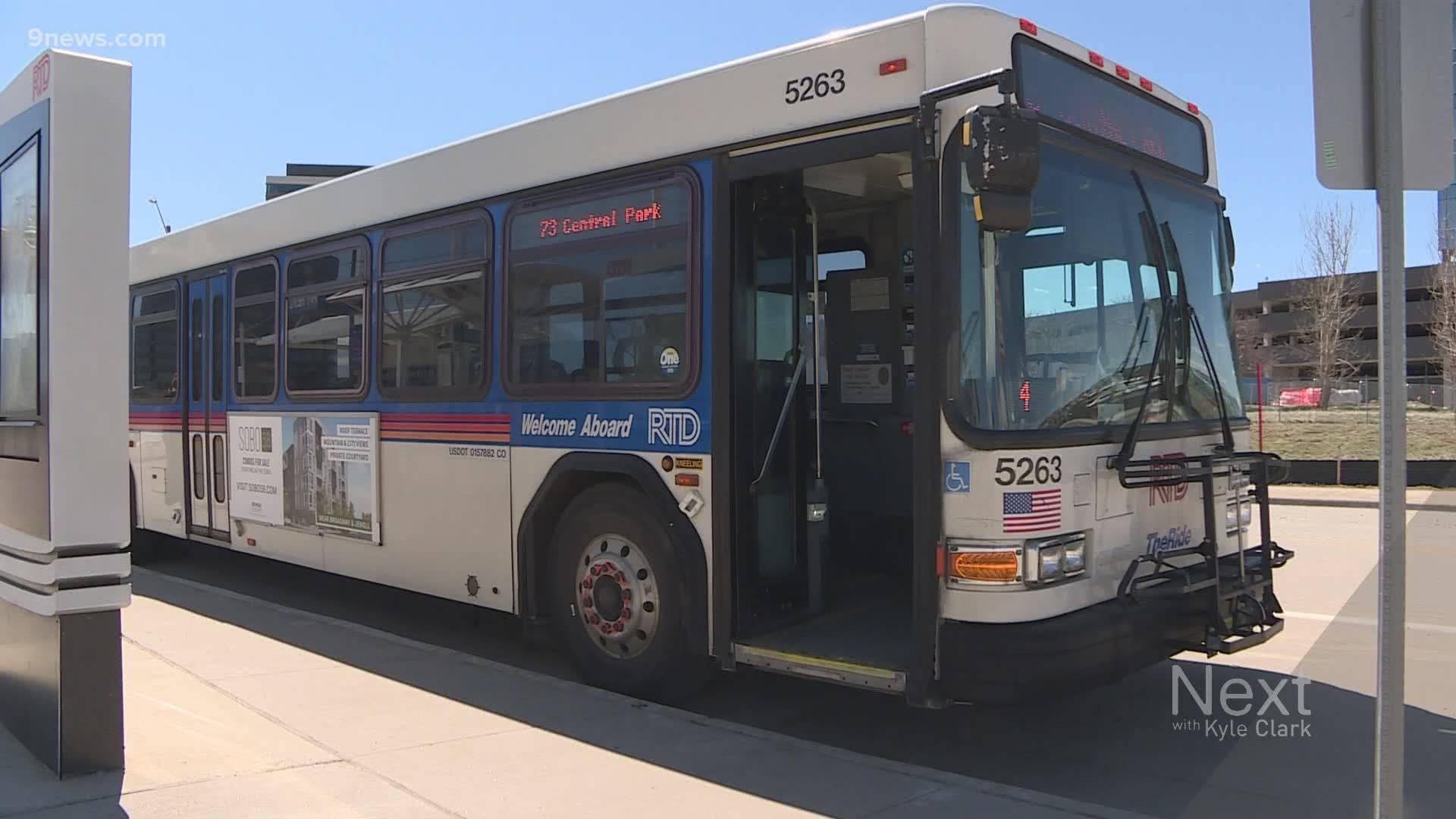 DENVER — Gov. Jared Polis (D-Colorado) announced Wednesday that a state-appointed committee will spend a year reviewing the Regional Transportation District (RTD) and offer recommendations on how the Denver Metro transit agency can fix its finances and services.

The announcement comes a day after RTD staff painted a dire picture of the district’s finances, projecting a $252 million gap in the 2021 budget, largely driven by the impact of the COVID-19 pandemic.

The pandemic already caused the agency to temporarily reduce service by around 40 percent. Staff warned with the shortfall, the agency may not be able to deliver the level of service it did pre-pandemic.

The 11-member accountability committee is something of a compromise after years of frustration with the agency among state lawmakers. Earlier in 2020, a bipartisan group of senators proposed legislation that would have made a number of changes to the agency. But that bill didn’t move through the legislature.

The committee would be made up of people with expertise in local government, economic development, human resources, multi-modal transportation, transportation equity, issues impacting riders with disabilities, financial planning and management and urban development, according to a release from Polis’ office.

The committee is expected to offer suggestions of how RTD can feasibly complete its FasTracks project, a 2004 ballot initiative promising train and bus rapid transit across the metro area in exchange for a sales tax increase in the District’s service area. The largest and most controversial part of that project, a train from Downtown Denver to Boulder and Longmont is now projected to take decades to build.

“There is a lot of frustration from taxpayers who are paying for something that isn’t just one or two years late…but could be decades late,” Polis said Wednesday, expressing his own personal frustration that the Boulder train hasn’t been built.

The sales tax revenue from FasTracks has never met the original 2005 projections for tax collection. For instance, for the year 2019, RTD’s 2005 projection expected the agency to collect $359 million, when it actually collected $263, according to a chart presented to the RTD board on Tuesday.

But even as sales tax collection has grown year by year, because of the recession and following increase in construction costs, RTD has had to borrow a lot of money to complete many FasTracks projects. 2021’s estimate of FasTracks revenue is $194 million, yet more than 90 percent of that money will be used to pay service on existing debt, according to the agency.

The accountability committee will have full access to RTD’s books to examine how the District spends money, including an audit of Federal CARES Act money the agency received amid the pandemic.

The committee will explore:

But some critics have questioned whether the committee, which will offer suggestions in an advisory role, will be able to force any change at the transit agency.

“If RTD chooses not to take a recommendation they actually have to put that in writing and publicly stand by that so we aren’t forcing RTD’s hand on anything but we are making all of the recommendations incredibly public,” said Sen. Faith Winter (D-Longmont) chair of the Colorado senate transportation committee who is helping choose the members of the committee.

“If they choose not to take a recommendation that’s going to be extremely public as well. And ultimately they’re an elected board and public pressure means something.”

The committee may also explore RTD’s elected board. The RTD reform bill that fizzled at the state legislature this year would have added some appointed roles to the board in an effort at reforming it.

“It’s important to get governance right,” Polis said. “And this commission will take a serious look at national governance models of what works and what doesn’t work.”

The governor is expected to announce appointments to the committee soon. The committee will have to present its findings and recommendations by July 2021.