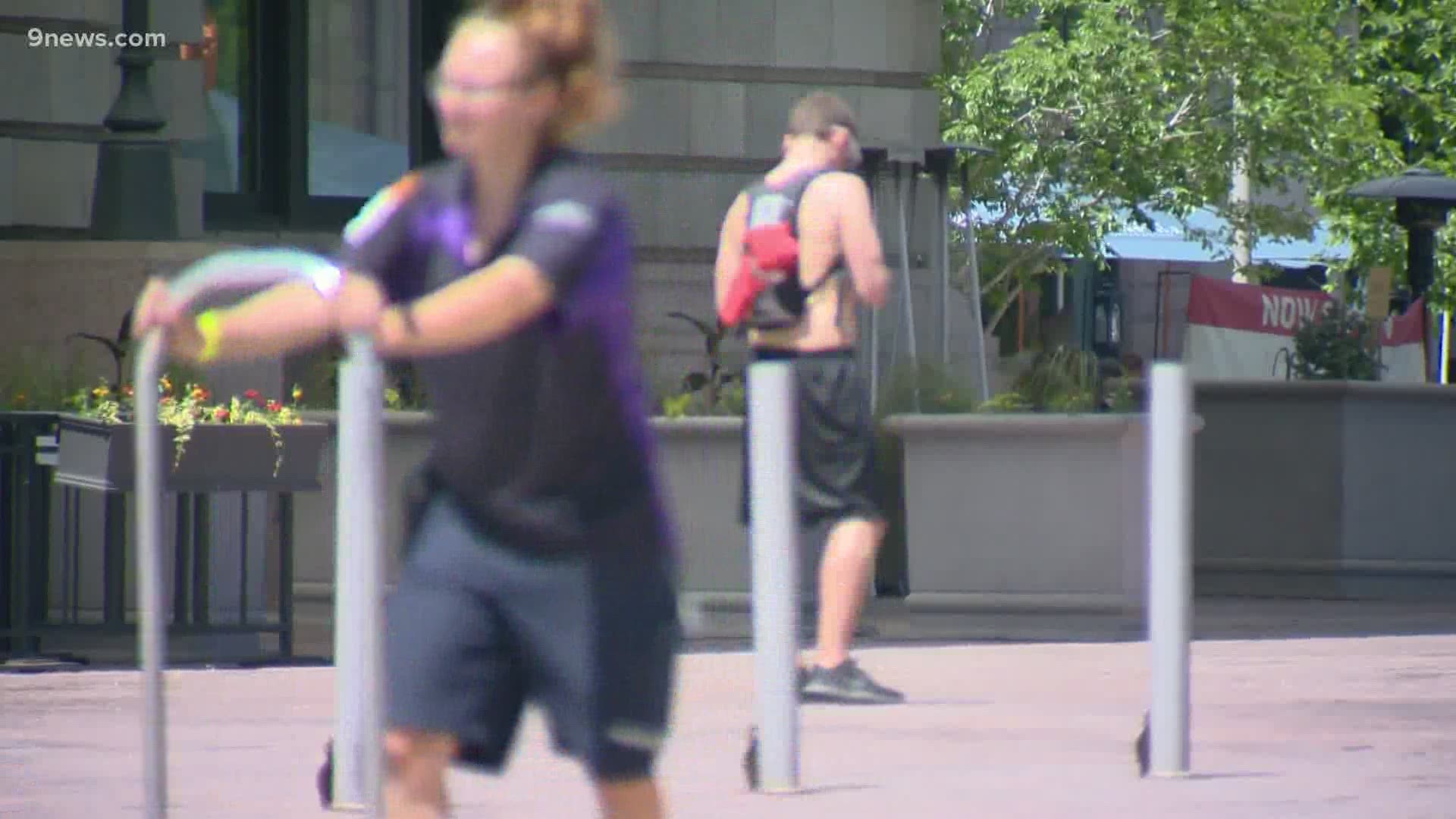 DENVER — Due to the expected crowds at this weekends' protests, the Regional Transportation District (RTD) said they will be suspending all bus service into and out of downtown Denver on Saturday.

Light rail trains will also not be running into the downtown core, but all trains and rails that go to Union Station will run as normal.

"This plan prevents buses from getting stuck amongst crowds that may form within the streets but maintains access downtown via rail service at Union Station for those who want to attend the downtown events or need service to and from Denver International Airport," a news release from RTD reads.

RTD stopped its buses and trains from going to downtown Denver last week following a night of protests and riots that led to shattered windows, graffiti and tear gas in the city.

The protests were to make a statement about the death of George Floyd, who died after a Minneapolis police officer was seen standing on his neck in a video that has been widely shared to social media, sparking rallies across the country.

In an initial news release, RTD said the decision to suspend service was made “to ensure the safety of our staff and our riders.”

RTD said the decision to shut down public transit in Denver was made in collaboration with the Denver Police Department (DPD) and Mayor Michael Hancock. Both the mayor's office and DPD, which said Friday they support peaceful protests, said the decision was RTD's alone.

RTD Assistant General Manager Pauletta Tonilas said the shutdown wasn't intended to stop protests and that it was instead about employee safety.

"That wasn't a consideration we even talked about," she said. "It's not about trying to keep people out of downtown."