The 205 exit in Silverthorne has become congested with increased summer and winter traffic coming into the mountains and then back to Denver. 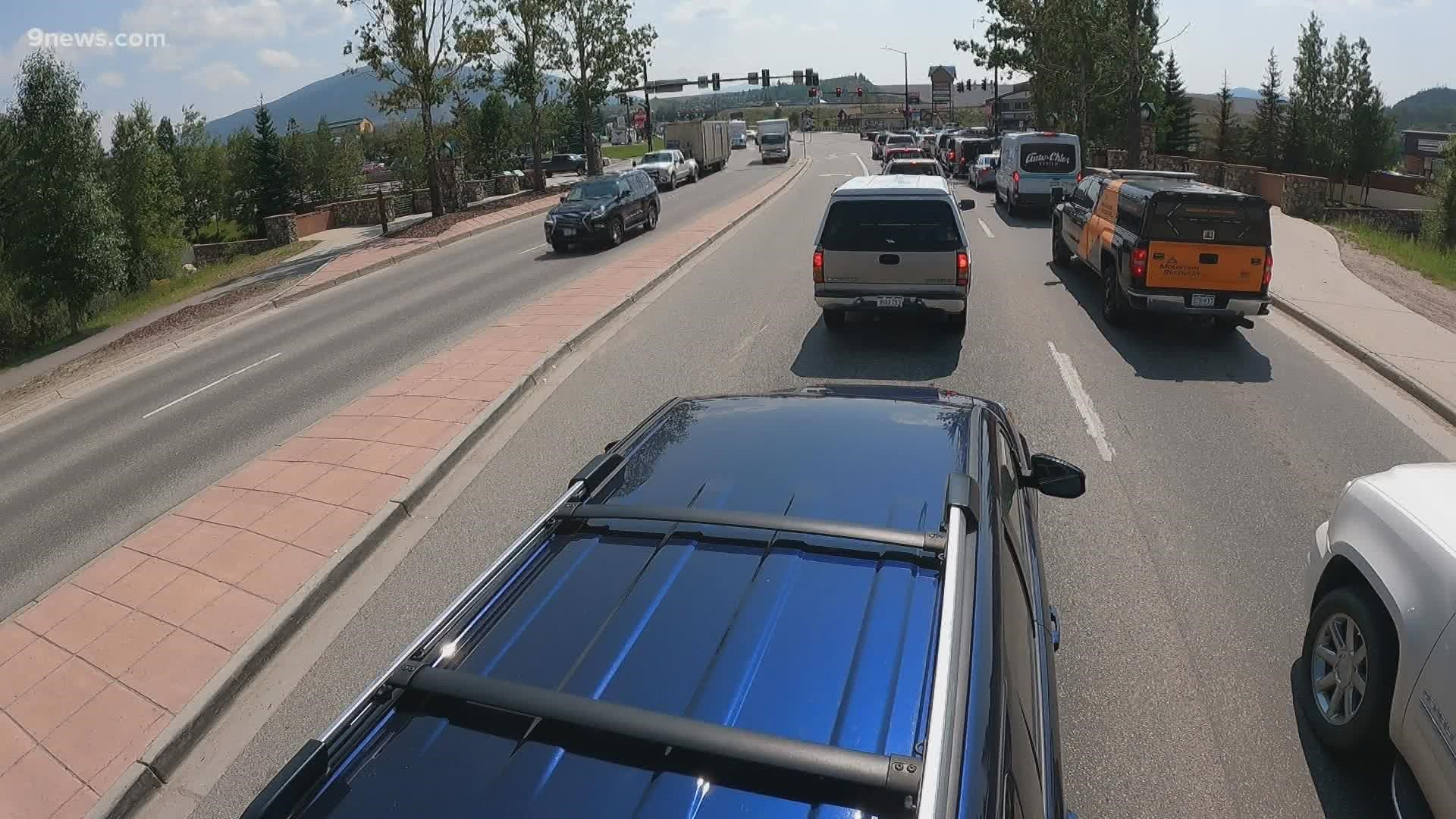 SILVERTHORNE, Colo. — Exit 205 in Silverthorne is about the only way to get in or out of Silverthorne off I-70. Town manager Ryan Hyland says it’s become the town's biggest traffic headache.

“We have one really, really big trouble spot and that is exit 205,” said Hyland.

The intersection is often overrun with cars and trucks heading east on I-70 back toward Denver, with lines of traffic stretching up to four miles all the way through the small mountain town.

About a decade ago, The Colorado Department of Transportation (CDOT) did a million-dollar study to fix the traffic issues at exit 205 but all these years later nothing more has been done, while Hyland says traffic has increased and traffic problems have gotten worse.

“Over the last decade we are now seeing that," said Hyland. "We’re seeing that on weekdays, weekends, non-holiday weekends.

CDOT is planning on reevaluating the exit 205 project in July 2023 but says other projects in the area have to be finished first that are a higher priority.

In the meantime, CDOT has added a new left-turn signal to the exit 205 intersection that Hyland says actually made things worse by only allowing left turns onto I-70 when there is a green arrow, which has backed up traffic even more.

“We used to have a situation that if the light was green and you had a 10-second gap of cars, you could make that turn,” said Hyland. “Now, we have a red arrow and you sit there.”