No one was injured when wind pushed the plane off the runway, according to the sheriff's office. 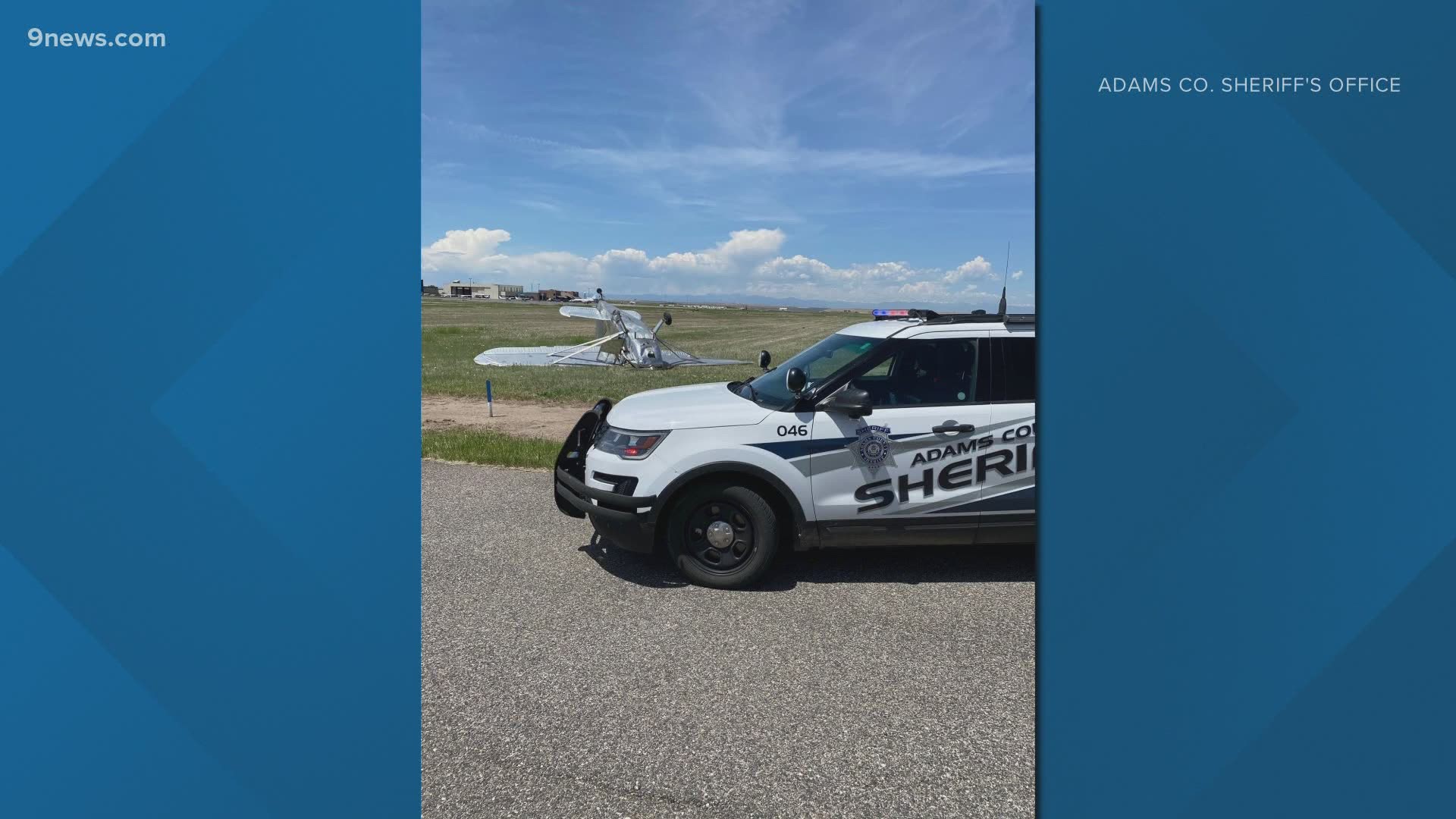 ADAMS COUNTY, Colo. — Deputies from the Adams County Sheriff's Office (ACSO) responded to the Colorado Air and Space Port for a small plane that had flipped over on Monday.

The plane was pushed off the runway and flipped by "some hefty winds," according to the tweet.

There was only one person aboard the plane when it flipped, and they were not injured, the tweet read.

The National Transportation Safety Board (NTSB) has been notified per ACSO's standard protocol, according to the tweet.

Colorado Air and Space Port, which was formally known as Front Range Airport, hopes to become a hub for commercial space transportation, research and development.