At a recent commission meeting the topic of 2020 as a year to bring this idea to voters came up. 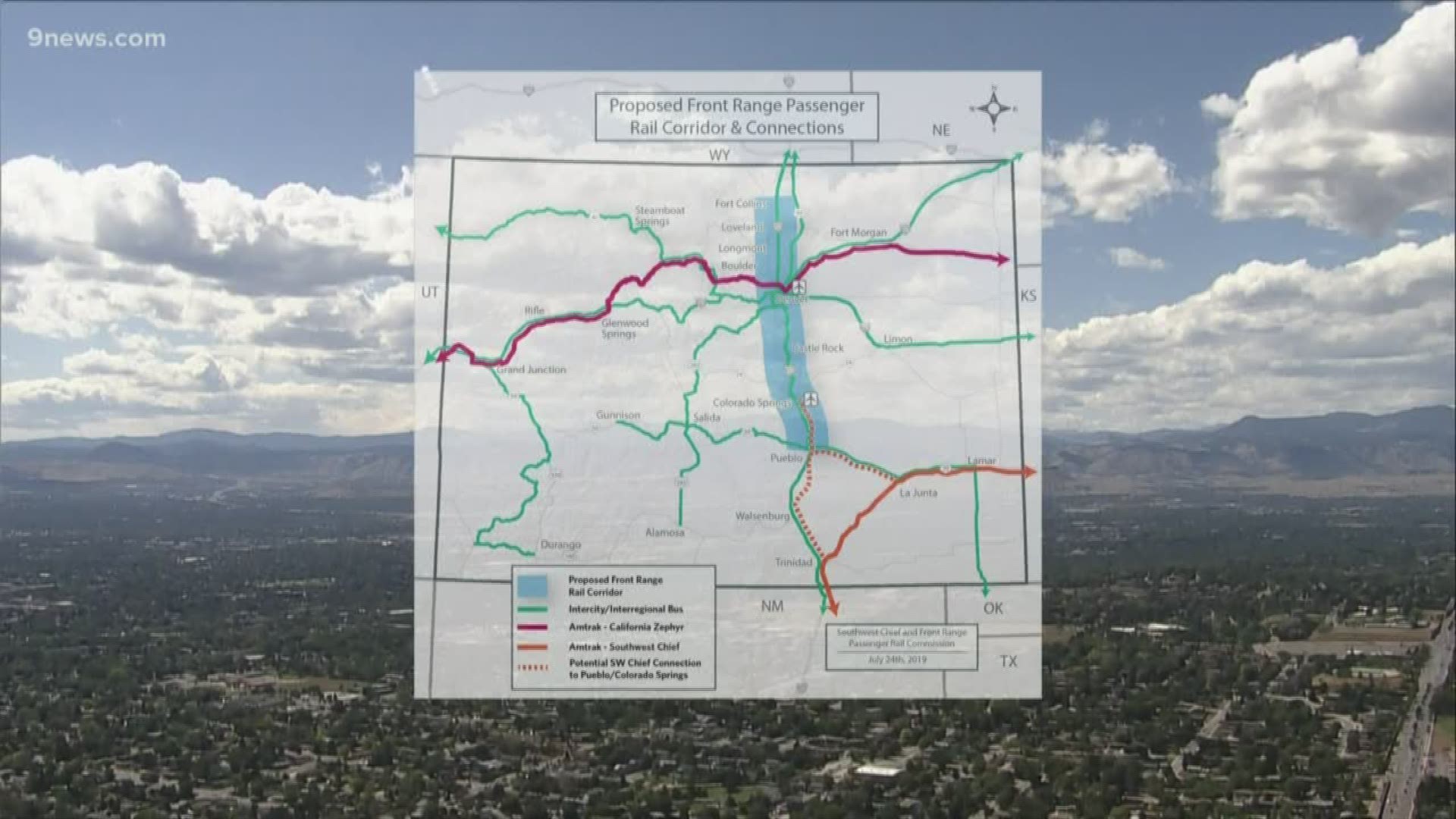 DENVER, Colorado — The Colorado Department of Transportation (CDOT) recently selected a team to study the feasibility of building passenger rail service from Fort Collins to Trinidad.

The department has run studies before, coming up with cost estimates that have reached $15 billion. This time around they’ll work with the Southwest Chief & Front Range Rail Commission to analyze everything from rail alignment to service characteristics and cost.

“Through just 2040 we are going to add 1.3 million more people to this region and over 500,000 additional jobs. And that’s just within the greater Denver Metro region,” said Jacob Riger, vice president of the commission created by the state legislature in 2017. “That puts increasing pressure on our transportation system. We all know there’s not enough funding today to keep up with what we already have in terms of challenges and issues.”

Riger said several thousand people have already responded to a survey regarding a potential Colorado passenger rail and that roughly 90% of those respondents have reacted positively to the idea of added rail service.

RELATED: Hyperloop-inspired test track in Colorado is no more after Arrivo shuts down

RELATED: A hyperloop test track was supposed to open in fall 2018 but there's still no test track

The surveys, so far, have not addressed cost but Riger said once the commission knows more, that will be among the conversations they bring the public into the fold on.

At a recent commission meeting, the topic of 2020 as a year to bring this idea to voters came up. Riger emphasized that it’s too early in the study of this topic to know if it’s even possible to have a plan in place before November of next year, let alone what kind of tax voters might be asked to approve.

“We have to weigh, sort of, having good technical information, with, the calculus of when you bring something to ballot. And we’re at the very beginning of that journey,” he said.

A map provided by the Southwest Chief & Front Range Passenger Rail Commission shows how a Front Range rail system would connect to other lines and services, providing access to much of the state.

Wyoming is a non-voting member of the commission and has also expressed interest in connecting to Cheyenne.