Emergency crews are getting ready for winter weather that may bring more crashes and congestion to the busy stretch of highway between Castle Rock and Monument. 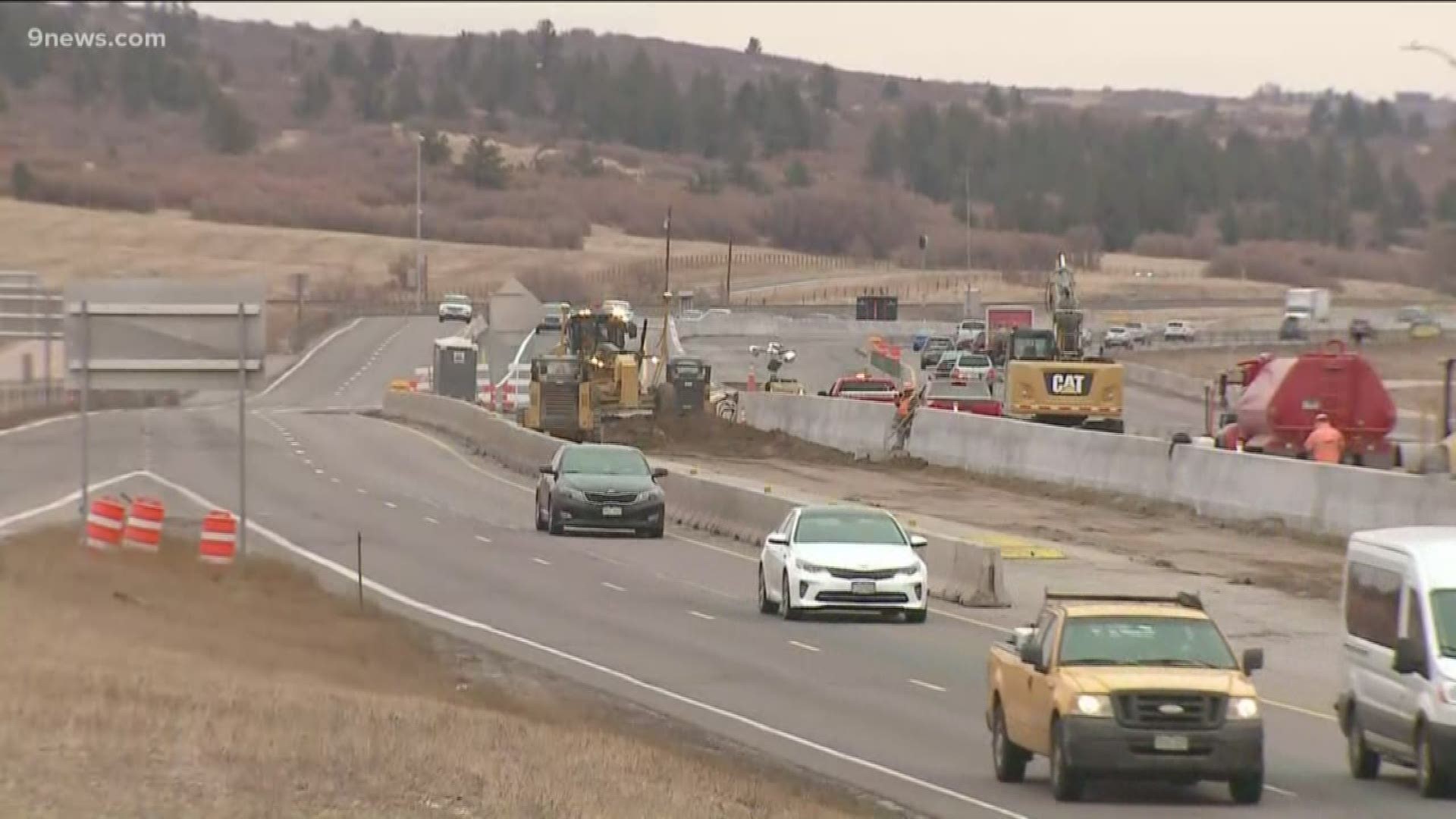 The Colorado Department of Transportation (CDOT) on Wednesday performed a training exercise in collaboration with other first responder agencies that typically respond to traffic incidents on the Interstate 25 South Gap construction zone.

The training, dubbed Traffic Incident Management (TIM), aims to prepare crews for responding during adverse weather ahead of the upcoming winter season.

TIM is a planned and coordinated multi-disciplinary process to detect, respond to and clear traffic incidents as safely and quickly as possible.

"The goal is, 'How do we respond quickly to those events, and how do we quickly clear them so we can get traffic moving back as quickly as possible?'" Chavez said.

The "South Gap" is a tight, busy two-lane stretch of highway that is currently under construction on I-25. It spans 18 miles from south of Castle Rock to Monument.

Work on the project started in September 2018.

"Because of construction, we don’t have the luxury of the large shoulders, left or right side of lanes," said Colorado State Patrol (CSP) Trooper Chris Dierker, who works in the Gap and served as incident commander during the training exercise Wednesday. "We're basically working within the lanes of traffic for the most part, which makes our decision to work [the crash on-site] or move it all that much [more] urgent. We have to make that decision pretty quickly."

RELATED: I-25 widening project between Monument and Castle Rock

The gap is the only four-lane section of I-25 connecting Colorado's two largest cities, Denver and Colorado Springs. Over the years, congestion, crashes and delays have grown due to population growth and more people using the road. The danger of the tight, busy 2-lane stretch is what prompted the improvements.

Sometimes one crash will cause lane closures and distractions that lead to more crashes.

"That backs traffic up, sometimes to a standstill, and if folks aren’t paying enough attention and haven’t left enough space, they’ll end up running into the back of someone else and causing a secondary crash," Dierker explained. "[That] just adds to the issue we're having to face in terms of cleaning up and moving and more investigation and more resources."

The Colorado Department of Transportation said before construction, on average, there was a crash every day in the I-25 Gap.

According to crash statistics provided by CSP, the number of crashes per month in the construction zone have increased since construction began in September 2018.

RELATED: Is recent construction causing more crashes in the 'I-25 Gap'?

Construction plans include widening the road from two to three lanes in each direction along an 18-mile stretch.

CDOT said it hopes that the additional lanes will help reduce congestion and delays while helping to make more room for a growing population in the area.

Construction is expected to last through late 2021, with tolling set to start in 2022.