'We're always talking about what if': Pilots regularly train for worst-case scenario 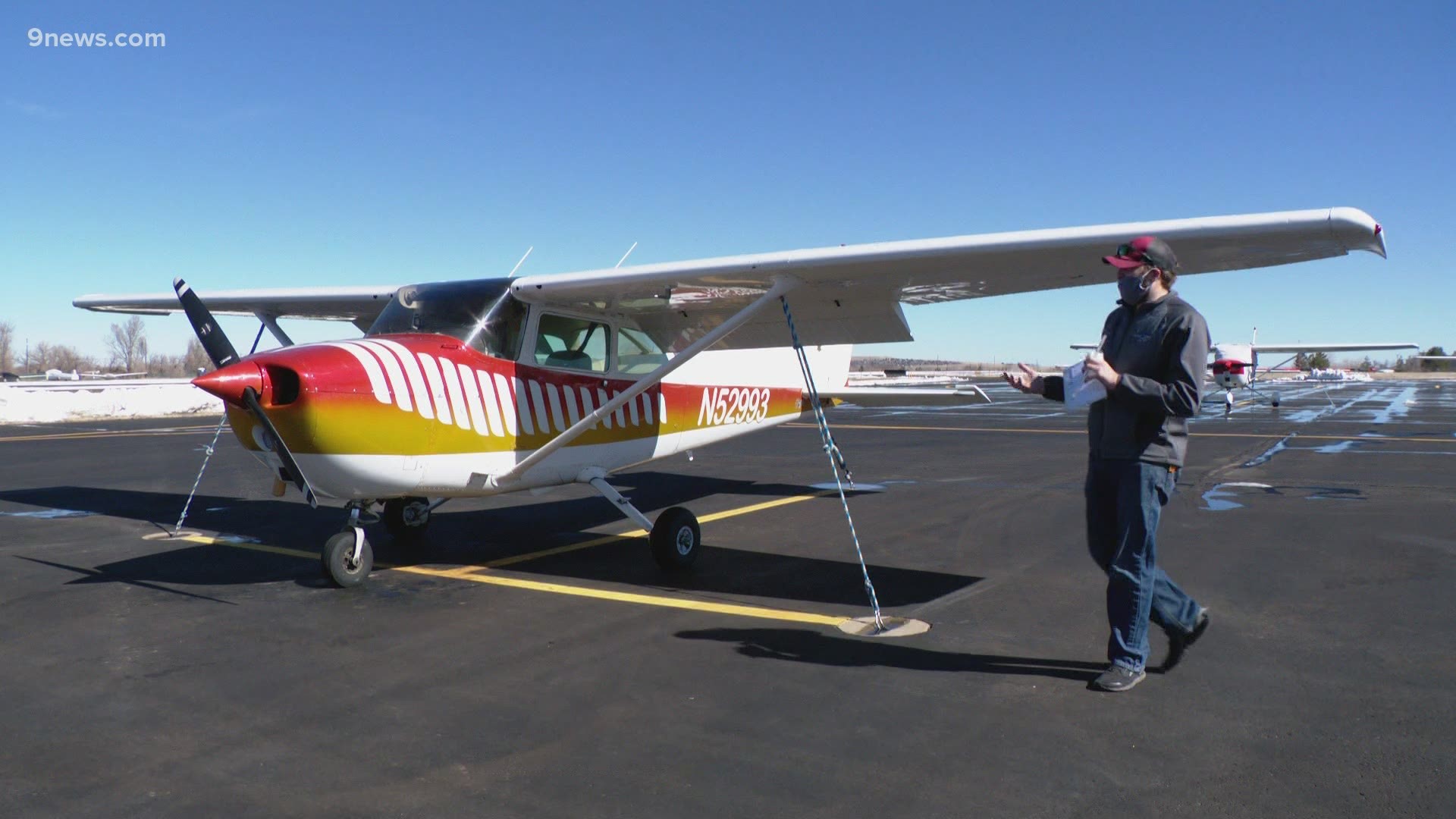 BOULDER, Colo. — Going down the checklist and crossing all the T's isn't the most exciting part of Preston Pickert's job. It is, however, the most important.

"It's super important," Pickert said. "There's been times when we find things and we're like, 'Hey, this might not be a safe flying condition, right?'"

Before flying, pilots have to conduct a walk-through to check for any red flags.

This is called a pre-flight inspection.

Pickert, a certified flight instructor at Journeys Aviation in Boulder, spoke to 9NEWS about pilot training following Saturday, when United Airlines Flight 328 experienced catastrophic engine failure and dropped airplane parts on Broomfield neighborhoods. The Boeing 777, which was a flight from Denver to Hawaii, returned safely to Denver International Airport, and no one on board or on the ground was injured.

Pickert said before a pilot can fly larger planes, they have to start small.

"This is step one...you've got your 60 hours out of your 1,500 hours that's required for the airlines," Pickert said.

Flying a single engine plane, like the ones Pickert trains his students in, at minimum requires 40 hours of flight time. Pickert said students regularly prepare for the worst case scenario.

"I took a student up earlier today when it wasn’t so windy, and we were doing a little bit of engine cuts, so, 'Hey you’ve got an engine failure here, what are you gonna do?'" Pickert said. "So, we’re always talking about what-ifs, right?"

Pickert said that safety training played a role in the pilots who were able to land United Flight 328 safely Saturday.

"You know those pilots did a good job, they trained for that, they’ve done a ton of training for that," said Pickert.

Pickert said training varies for different aircrafts, but most pilots start off by learning on a single engine plane before flying planes with multiple engines.