US 6 reopens through Clear Creek Canyon after rockslide

The closure lasted for about fours hours on Wednesday morning. 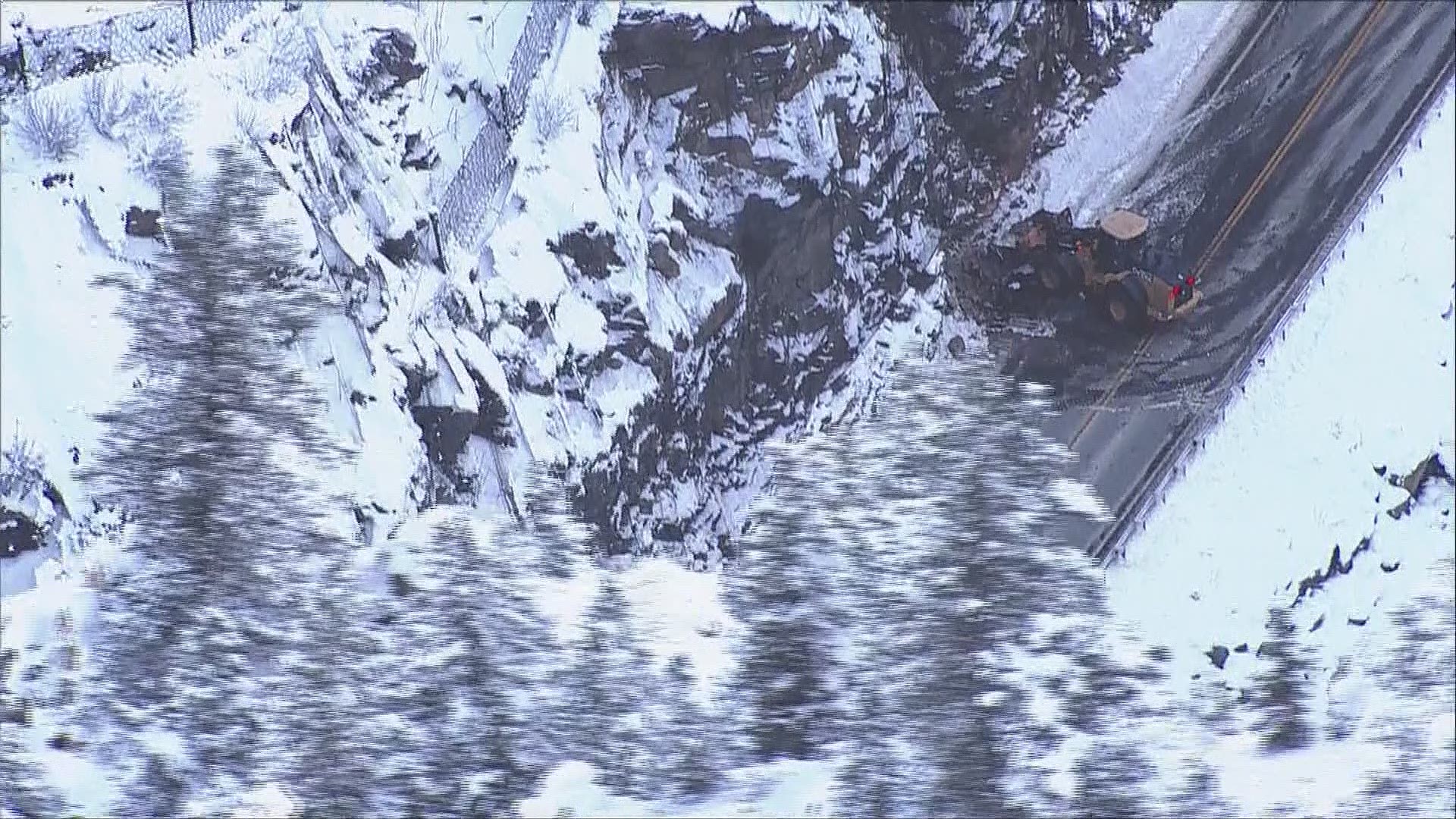 GOLDEN, Colo. — U.S. 6 has reopened in both directions through Clear Creek Canyon following a rockslide that occurred early Wednesday morning.

Colorado State Patrol (CSP) said the slide happened at mile marker 270 through the canyon, prompting the closure of U.S. 6 between Highway 119 and the intersection of Highways 58 & 93 in Golden.

The stretch of road was closed for about four hours and reopened at about 8:45 a.m. Crews weren't able to fully assess the situation until after sunrise.

CSP said there will be another short closure either Wednesday or Thursday to repair the fencing that helps mitigate rockslides through the canyon.

"There aren’t too many rocks on the road at this point but CDOT will have to stabilize the canyon wall so that it’s safe to drive past the area," CSP said in a tweet.

RELATED: Why there were strange beams of light reaching into the Denver sky Tuesday morning