Earth's lower orbit is the only part of space currently inhabited by humans, and there are an estimated 20,000 bits of space junk in its orbit. 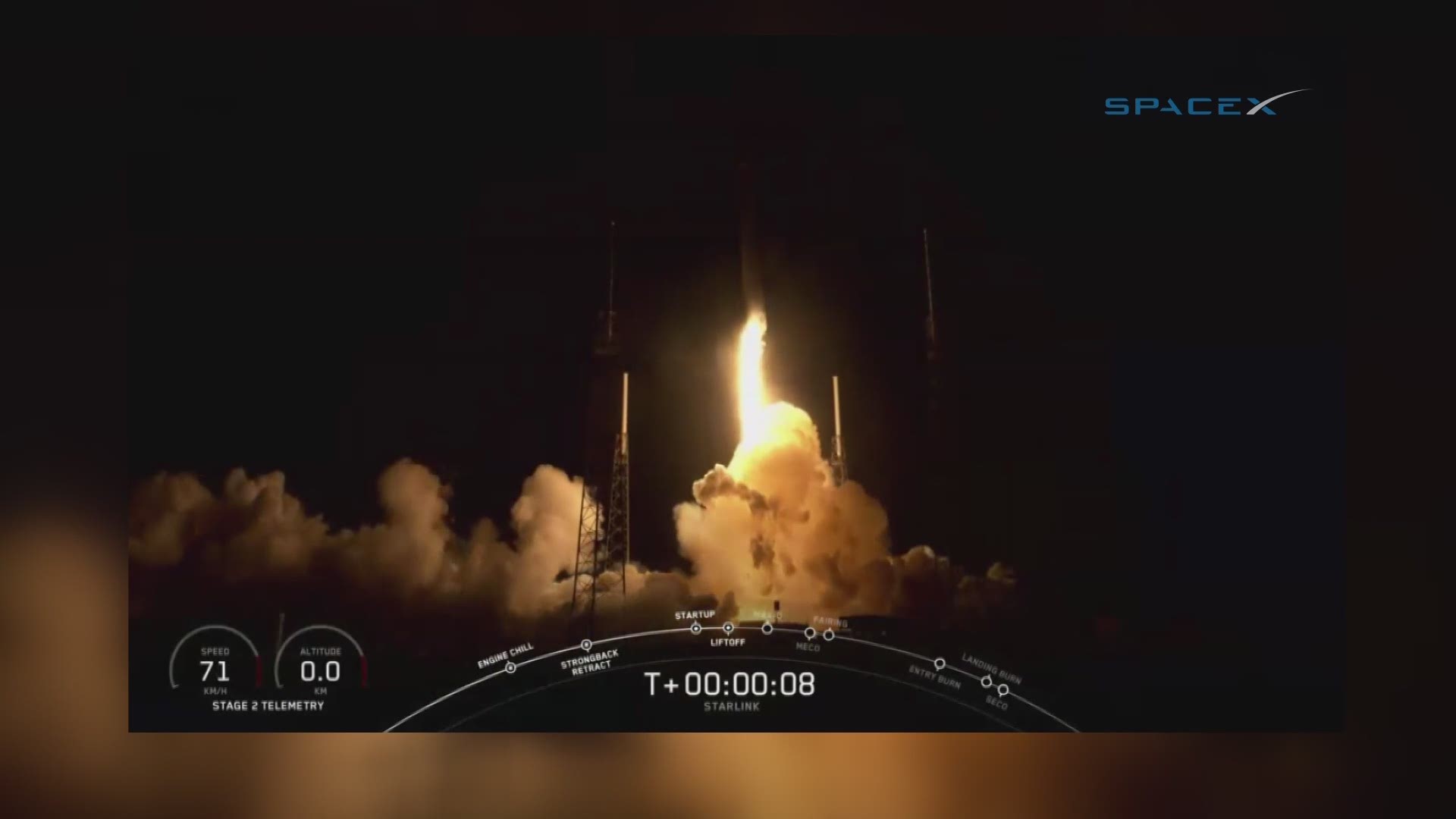 BOULDER, Colo. — Space is big, but that doesn't mean it can't get overcrowded.

A launch by SpaceX Wednesday brought 60 new Starlink satellites to space. Those are the spacecraft clusters that are designed to cover the planet with broadband internet.

There is now a total of 482 Starlink satellites in orbit, and SpaceX hopes to launch at least 800 more.

Those will join the other 2000 satellites already cruising around in a part of space called lower earth orbit (LEO), which is about 150 to 2000 kilometres (roughly 93 to 1242 miles) above the earth, just above the atmosphere.

That zone is also the only part of space currently inhabited by humans, and has an estimated 20,000 bits of space junk; old dead satellites, pieces that break off of satellites, along with pieces of rockets that pass through or deliver satellites to LEO.

RELATED: Campus is closed so students are building a communications satellite from home

“The thing to keep in mind, is that in order to maintain orbit there, objects have to travel at very high rates of speed," said Akhil Roa, a former PhD student in environmental economics at CU Boulder. "At tens of thousands of miles per hour, even things like paint flecks can pose really big dangers.”

He says major collisions between spacecraft have not been common, but the theory among scientists is that as lower earth orbit gets more congested, a collision will likely result in exponential damage.

He said that most satellites have a end of life plan to de-orbit and burn up in the atmosphere, but sometimes they malfunction before the end of their anticipated lifespan. That leaves them in wander, and in the way of other satellites.

Roa said that one evolving method for cleaning up lower earth orbit is garbage collection. Physically removing space junk with nets, harpoons and even lasers, but he thinks that will no be enough.

Their idea is to implement a kind of tax called an orbital use fee on every satellite. He says that will help ensure that satellite operators factor in the potential cost if something goes wrong and their satellite.

Rao said in most cases now, satellite operators only have to consider the cost of building, launching and maintaining satellites, and not what happens to them if there is an issue.

He said the fee would be equal for all users internationally, and will raise annually as the orbital space becomes safer and safer. Their paper projected that this plan will quadruple the overall value of the satellite industry by 2040.

“So now when you launch a satellite, you’re only going to launch it if it’s valuable enough to not only cover your cost, but the cost that you are imposing to others,” said Rao.

There is success of a similar plan in the fisheries of international waters.

Rao compared their orbital use fee idea to the The Vessel Day Scheme that the nations to the Nauru Agreement use to manage a shared tuna fishery in the Pacific Ocean.

"The amount that the vessels pay is harmonized. The island nations keep the revenues for themselves, and they spend it domestically. It's politically popular. We think an approach like that could work here," he said.

Rao said that instead of greed, waste, and competition, all involved from the countries to the companies, are all focused on maintaining the sustainability and the health of the fishery.

RELATED: NASA releases the most complete record of rain and snow data