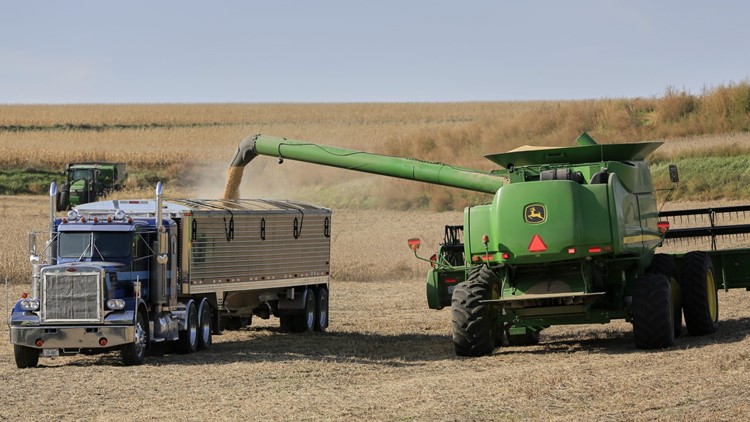 Why better days are ahead for the Corn Belt Some good news for farmers who have battled flooding and rain so much of this season: Things are about to get better.

The fresh snow cover of 2-6 inches over much of the central and eastern portions of the Corn Belt from earlier in the week will take two to three days to melt, causing some delays in the harvest. An exception will be the Lower Peninsula of Michigan where it will take until the weekend for most of the 6- to 10-inch snowfall to melt, according to AccuWeather meteorologists.

Corn and soybean crops throughout the Midwest are now fully mature and are safe from being impacted by the record early-season cold snap.

AccuWeather meteorologists are forecasting dry weather for much of the rest of this week across the Midwest, which will favor the corn and soybean harvest.

And the latter half of November is expected to bring near- to above-normal temperatures to the Midwest, with precipitation near to slightly above normal, according to AccuWeather meteorologists.

Soybeans harvested have almost caught up to the five-year average, with the latest USDA figures putting the 2019 total at 85% compared to the 2014-18 average of 92%. North Carolina (54%) is the only state where fewer than 70% of soybeans have been harvested.

Download the free AccuWeather app to get the exact temperatures forecast for your area. Keep checking back on AccuWeather.com and stay tuned to the AccuWeather Network on DirecTV, Frontier and Verizon Fios.