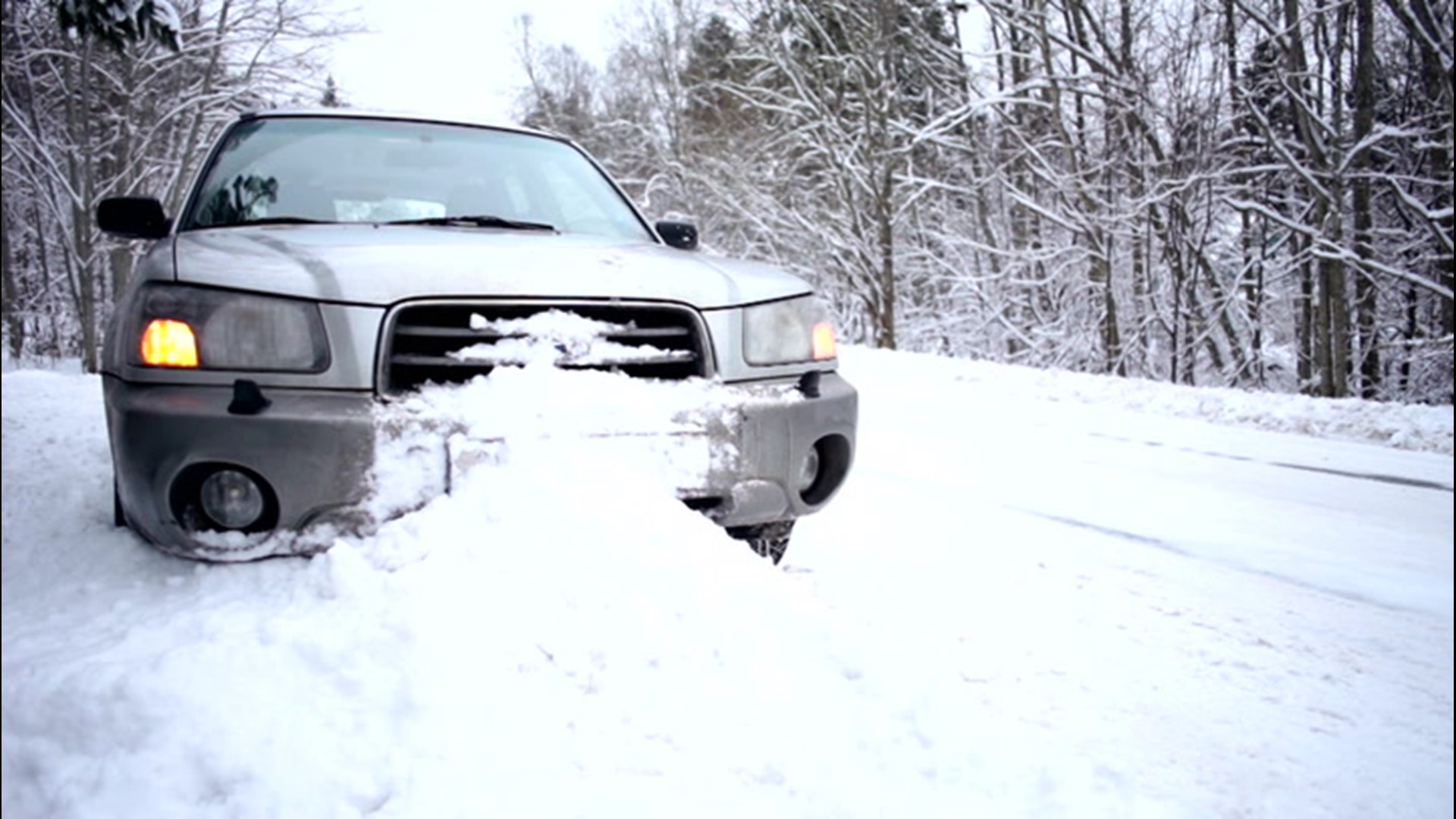 Shortly after enjoying temperatures rising into the 80s, Malibu, California, residents were in for a treat on Saturday when a rare snowfall dusted the area. Surprised drivers pulled over to witness the strange sight and play in the thin layer of snow. Hail and rain were also spotted across parts of Los Angeles and northwest of Oxnard, California, over the weekend.

The California Highway Patrol department received a report of multiple drivers who stopped and parked near the Malibu Canyon Tunnel shortly after 5 p.m., on Saturday evening, the Los Angeles Times reported.

"They were playing in the snow," California Highway Patrol Officer Stephan Brandt said, who warned such activities were "dangerous" and unwise.

The unexpected snowfall caught drivers off guard and may have also contributed to a couple of car accidents in the area.

Deputies assisting CHP – West Valley on another roll over, this one is on Malibu Canyon... and yes that is snow on the ground😳. If you need to be on the roads, please #slowdown and keep your 👀 eyes on the road. @thelocalmalibu @MalibuNews @acornnewspaper @TheMalibuTimes @991KBU pic.twitter.com/mgOPXWp6rp

Shortly after 3:30 p.m. PDT on Saturday, a jeep overturned on Malibu Canyon Road, the Los Angeles Times said. The driver was safe and no injuries were reported, however, another wreck near Newton Canyon ended much worse. One person was airlifted to a local hospital after a sedan drove over the side of the road on Kanan Dume Road near Newton Canyon at 11:25 a.m. PDT.

"We're asking that people drive slower than normal. There's black ice out there and the road can be slippery," Lt. Gregory Evans, of the Sheriff's Department's Lost Hills station said on Saturday, the Los Angeles Times reported.

Those who stayed off the roads during the rare occurrence took to social media to share pictures and videos as proof of the snowfall.

Gotta love california. 75 degrees at the beach , and then snow just 2 days later. So much beauty here ... #malibu #socal pic.twitter.com/0prKzFMTzC

SNOW IN MALIBU⛄️
With the first major storm of the season, it’s looking a lot like winter in #Malibu today. Lost Hills Sheriff Department is warning residents to stay safe & slow down on the roads after a car rolled over in Malibu Canyon, according to @LHSLASD.
📸 Sydney Griffith pic.twitter.com/2qB56eSLPP

"The highest elevation where this took place, Malibu Canyon Road, is about 500 feet above sea level and weaves in and out of the higher terrain east of the Californian coast. The wintry precipitation that fell in this canyon in Malibu California is what is known as "graupel"," AccuWeather Meteorologist Nicole LoBiondo said.

According to LoBiondo, graupel is formed when a snowflake falls and supercooled water droplets form around that snowflake and form a small, soft ball of ice.

"The temperatures at the surface along this canyon road must have been near freezing, which allowed for these ice pellets to fall and accumulate on untreated surfaces. Also due to the lack of sunshine on Saturday in the area, surfaces did not get a chance to absorb the sun's radiation and therefore, remained around the same temperature as the ambient air temperature," LoBiondo said.

The last time locals were lucky enough to see snow fall in Malibu was almost exactly 14 years ago in 2007.

"On Jan. 17, 2007, a large storm came barreling for California from the west that allowed for cold air to filter into the L.A. Basin. This storm brought rain to the area, but with lower-than-average temperatures and falling snow levels, some precipitation fell as snow not only in the higher terrain that surrounds Los Angeles, but also in valley and beach locations like Malibu and western L.A.," LoBiondo said.