Both amateur and professional photographers embrace danger by photographing the beauty of lightning strikes. 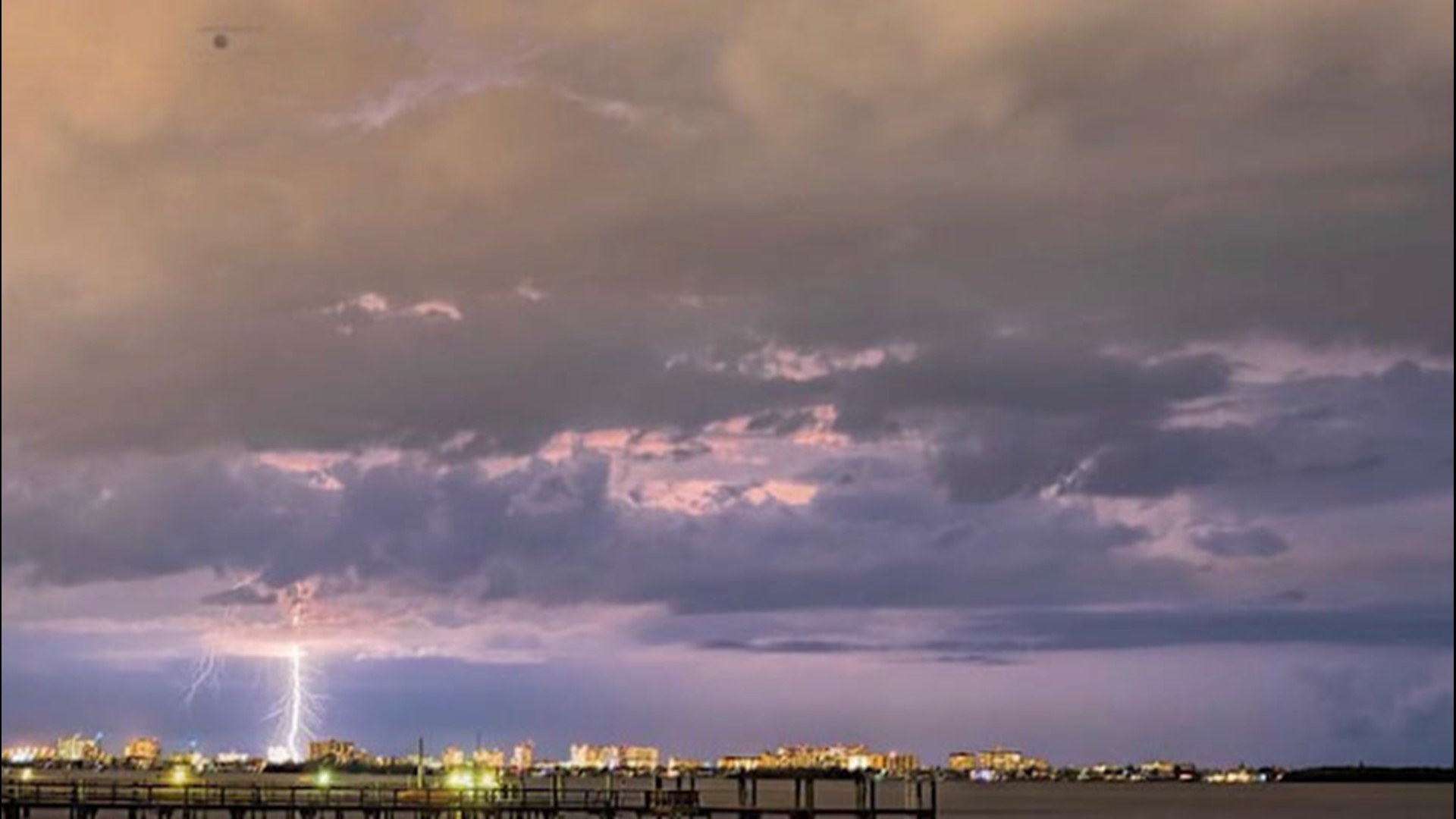 Both amateur and professional photographers embrace danger by photographing the beauty of lightning strikes.

Jeremiah Khokhar is among the professional photographers that chase down the dangerous weather phenomenon for the perfect shot.

"When I was a little child, my uncle during a rainstorm back in Pakistan told me that lightning was God taking photographs of us," Khokhar said.

Residing in Tampa Bay, Florida, which is considered the lightning capital of the country, Khokhar now works professionally with his camera pointed toward the sky.

Along with the powerful flashes of light, Khokhar likes to photograph in a way that displays the whole landscape of the area.

"What I'm looking for is enough ambient light to show me exactly where I'm at. That's the context of my lightning image," he said.

While lightning photography offers a glimpse at natural beauty, it can also present unique dangers. AccuWeather Meteorologist Brett Rossio said, that while getting struck by lightning is uncommon, it still happens to thousands of people every year.

"Being out in a thunderstorm, especially an intensifying thunderstorm can be very dangerous," Rossio said. "... As the old saying goes, 'When the thunder roars, head indoors.'"

In order for lightning to be formed, Rossio said a charge first needs to be developed within the cloud, which forms from ice crystals and hail colliding from strong turbulence.

Objects containing metal are highly conductive of electricity, and holding one, such as a golf club, makes for an even more dangerous situation.

"There's a measure of danger in there. But ultimately there is also an incredible beauty," Khokhar said.