New research from the National Snow and Ice Data Center confirms this year is the second-lowest ice minimum on record. 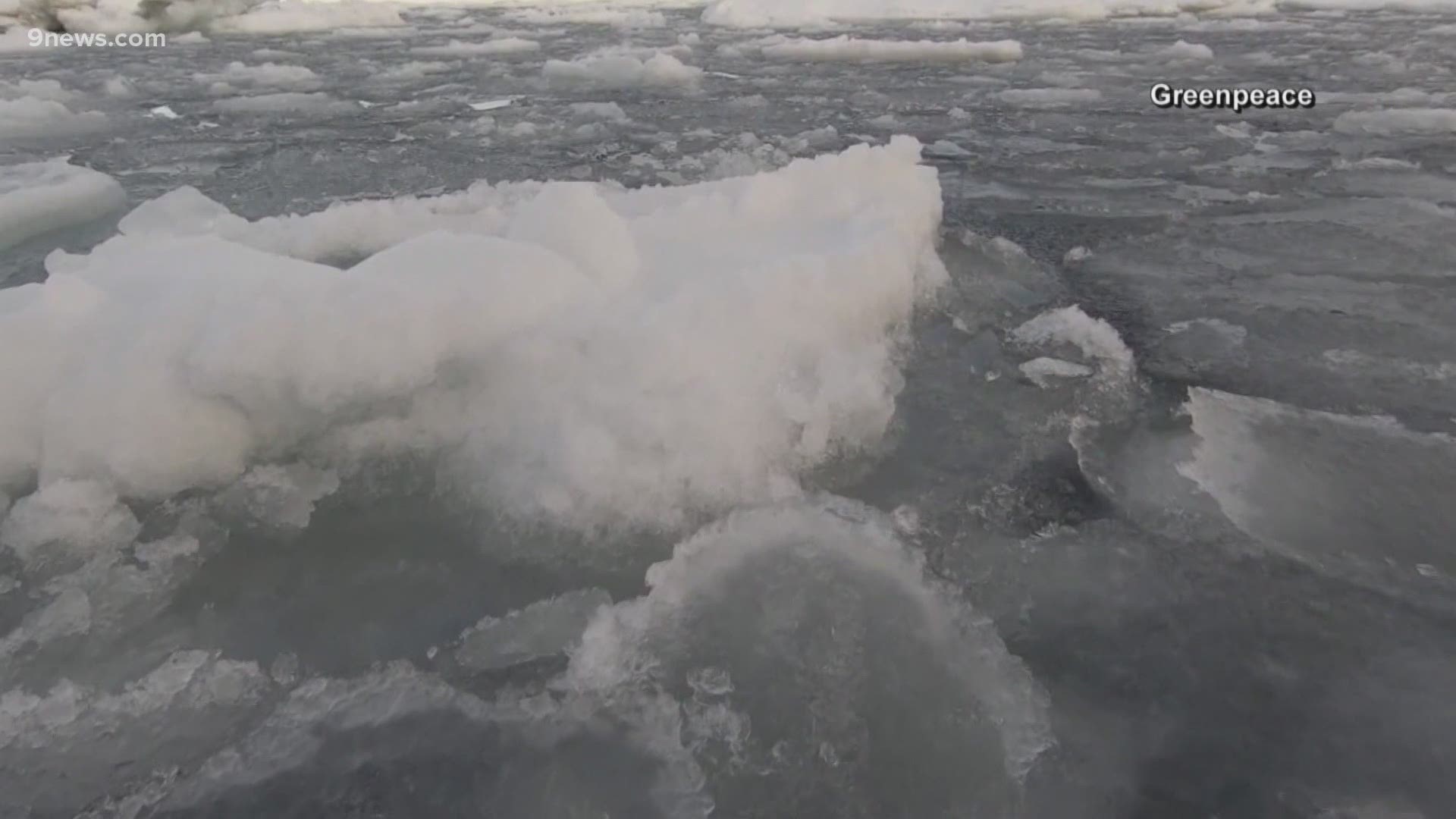 BOULDER, Colo. — The year 2020 has been an unusual year in many ways, and the weather has proven no exception to that. Experts say the rapidly-melting Arctic sea ice is partially to blame.

This year, the ice sheet had the second smallest area ever recorded at the minimum point, according to the Boulder-based National Snow and Ice Data Center (NSIDC).

Every year the area of ice grows and shrinks with the seasons and the minimum is typically seen at the end of summer. This year, it hit on Sept. 15. The recorded ice area of 1.44 million-square miles is the second lowest ever.

The last 14 years' minimums are the lowest 14 years on the books. NSIDC Senior Research Scientist Dr. Walt Meier said this is an alarming trend.

"We've been losing ice at a rate of more than 3,000 square miles per year on average. It comes out to roughly the size of the state of Colorado every three years," Meier said. "Since 1979, we've lost about two times the state of Alaska, in terms of area. So it's been a significant decline."

Credit: National Snow and Ice Data Center
From NSIDC: "The graph above shows Arctic sea ice extent on September 15, 2020, along with several other recent years and the record minimum set in 2012. 2019 is shown in green, 2018 in orange, 2017 in brown, 2016 in magenta, and 2012 in dashed brown. The 1981 to 2010 median is in dark gray. The gray areas around the median line show the interquartile and interdecile ranges of the data."

Meier said ice reflects sunlight back into the atmosphere, and when the ice melts, it means the ocean absorbs that heat instead.

"The globe's air conditioner is losing its Freon," Meier said. "It's becoming less efficient, and that is potentially affecting weather systems around the world. And if nothing else, it's an indicator of climate change and of the warming that we're seeing around the globe."

"We're not extrapolating anything and ice is very easy to see that it's disappearing. Warming temperatures you know a degree or two is what we've kind of been observing," Meier said. "It can seem not very important, but a couple of degrees in the Arctic, we go from just below freezing to just above freezing. That's going from ice skating to swimming in the Arctic Ocean. So this is a big change and it's a big indicator of the overall warming that we're seeing around the globe."

Those changes include the record highs and drought Colorado experienced this past summer. The extreme weather will only get worse if the ice continues to melt at the current pace, according to Meier.

The NSIDC team will continue to monitor the sea ice for changes throughout the year and monitor the melt's impact on global climate.

Their full report can be found here.

RELATED: The record September cold could be linked to climate change