Avalanche danger is high despite the lack of snow in Colorado

An unusually bad set up in a common snowpack issue has developed in Colorado. 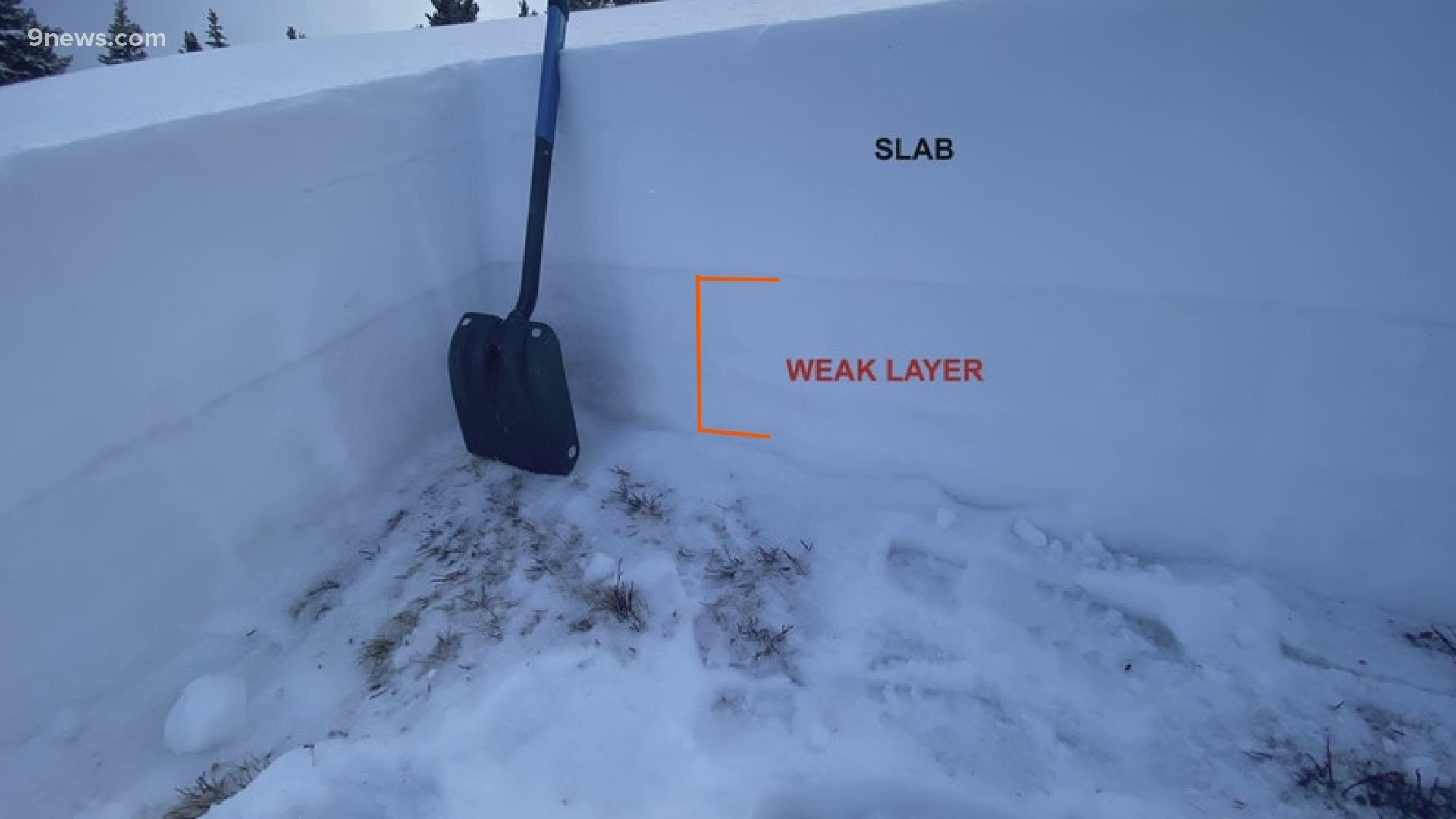 COLORADO, USA — The Colorado Avalanche Information Center (CAIC) is warning about hazardous avalanche conditions in the Colorado backcountry – despite snow totals being near-record low so far this season.

Statewide snowpack is 27% below the average for this time of year, and the situation is even worse in the northern part of our state. A weather station in Routt County, which is often the snowiest in the state, currently has the 2nd lowest snow total in 42 years.

Some might think that the avalanche risk would be low with so little snow, but the CAIC said that’s not true.

Tower (Routt County, east of Steamboat Springs) is often the snowiest SNOTEL station in Colorado, but not so far this year. It's the 2nd lowest mid-December snowpack in 42 yrs of records, and less than half of the average. Lots of winter still ahead, but not a good start. #cowx pic.twitter.com/p4wXuZVOgN

“There have been over 660 avalanches reported to us since December 10th, and so that’s quite a bit of avalanche activity,” said Mike Cooperstein, a forecaster with the CAIC.

Two of those avalanches were fatal. One skier was killed on Friday in Gunnison County, and another avalanche killed two more skiers in San Juan County on Saturday.

Cooperstein said a long November dry spell caused a separation in the snowpack. It’s a problem that develops in Colorado often, but he said this year, it’s worse than he's seen in 8 years.

He said the bottom layer of the snowpack has become faceted with soft and well-spaced snow crystals. That layer cannot support the weight of the latest snow slab, building since Dec. 10.

Credit: CAIC
Photo illustrates the current problem in the Colorado snowpack. A thick weak layer will not support the weight of future snow loading.

Cooperstein said this problem will persist well into the winter months.

“So kind of what we are expecting right now is that every time we get a loading event, whether it’s 5 inches of snow and some wind, or a huge wind event, we’re going to see natural and human triggered avalanche activity pick up,” said Cooperstein.

There has been some speculation that there might be more inexperienced backcountry users this season because of the pandemic as more people avoid crowded ski resorts.

CAIC said the three killed and six others injured in avalanches were all experienced backcountry users.

RELATED: CDOT warns of lengthy delays on I-70 in Idaho Springs this week