Millions of birds fly over Colorado each night in early May. 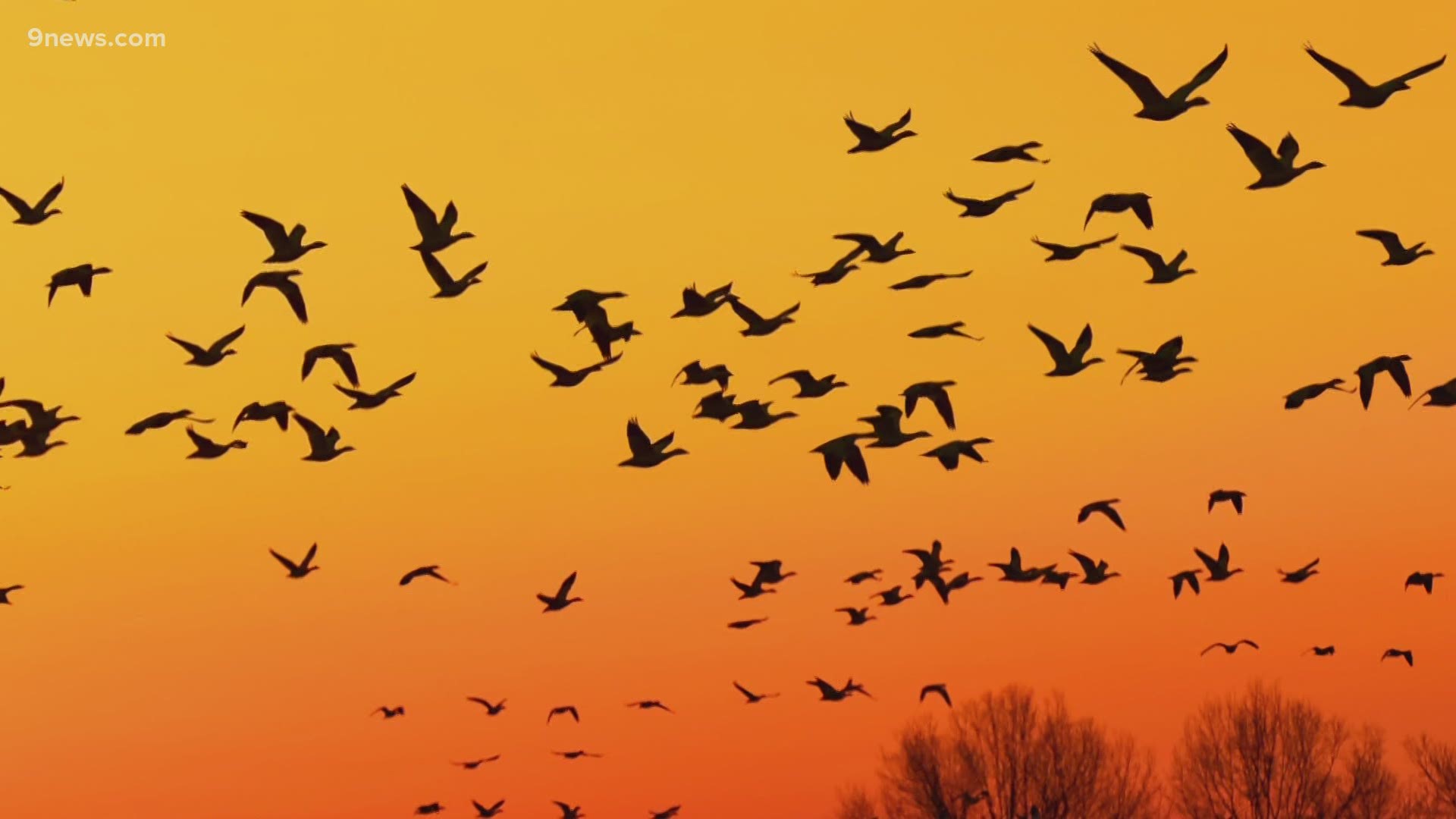 FORT COLLINS, Colo. — Scientists estimate that between 120 and 150 different bird species will move through Colorado during the spring migration, which peaks in early May.

“Probably more birds than any of us would see in a lifetime are going to move over our state on any given night for the next two weeks,” said Kyle Horton, an assistant professor at Colorado State University (CSU).

He estimates that 200-300 million birds will fly over the country daily.

Horton and CSU's Aeroeco Lab teamed up with Cornell University to create a suite of migration tools called BirdCast. It includes real-time tracking and a forecast of bird numbers and locations.

It’s based on radar data and weather forecasts, combined with what they know about how birds respond to weather.

The forecasts can even break it down by region. For example, more than 6 million birds were projected to fly over Colorado on Thursday night. More than 9,000 just over Denver alone.

The problem for scientists trying to study migration patterns and changes over time, is that the birds travel to high up in the atmosphere to observe, and they mostly fly in the dark night.

That’s where a new radar at the CSU Foothills campus comes in. It’s specifically geared to identifying birds and it’s the first of its kind in the U.S.

Our Swiss BirdScan radar is up and running in Colorado! Looking forward to learning more about birds and insects moving through the front range. Big thanks to @baptischmi, @FelixLiechti, and staff at Swiss Birdradar for support getting this setup. 📡📡📡 pic.twitter.com/v4UdLRDzCf

It can determine the size of the bird, the speed and height of travel, and even how fast its wings are flapping.

“We won’t know what species. We wouldn’t be able to say it’s a warbler or a sparrow, but we could certainly with a high degree of confidence say it’s a songbird for instance,” said Horton.

He said with that new specific information, scientists will be able to learn more about how bird migrations are changing as a result of forces like drought, wildfire and rapid urbanization.

“Those things as they become more common are just a vortex of bad things for birds and migratory birds especially,” he said. "They evolved under scenario X, and now they're getting scenario Y, and they just don't have a lot of strategies to cope with that yet."

CSU and the Audubon Society are emphasizing a Lights Out initiative during the peak bird migration season. Along with the natural perils that birds face, is the threat of being lured into urban areas where more hazards await.

"There's a unique and different set of hazards and predators on the landscape than there was when birds ultimately evolved," said Horton. "Our lights direct them right into those hazards."

Horton said that building collisions are on the rise in unison with urban sprawl, and that an estimated 1-3 billion birds are killed by feral and domestic cats on an annual basis.

He is asking for large light sources and also outside lights on individual homes to be shut off during peak migration nights, or at least for the lights to be pointed down or somehow directed away from shining straight up into the air.