Blow out sprinklers now — or wait?

If you blow your sprinkler lines out in October, you will likely have to manually water for several more weeks. 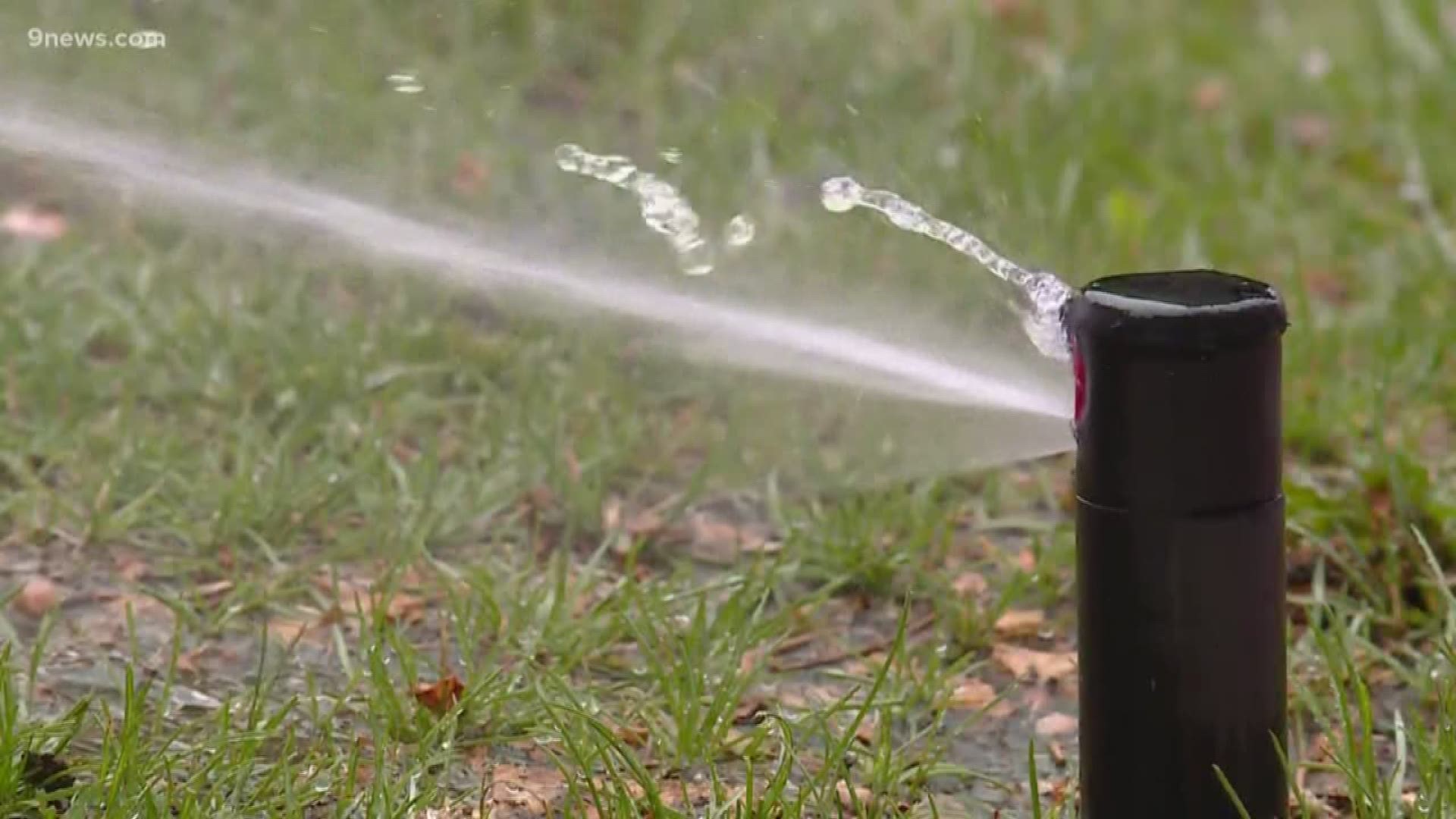 DENVER, Colorado — The incoming winter storm that is forecast to arrive on the Front Range Thursday and Friday has many Coloradans wondering if they should blow out their sprinkler lines early.

While the storm will be a little colder than we are used to seeing with our October storms, (into the teens for a couple of hours) it won't be cold enough to freeze irrigation pipes that are buried under 8-12 inches of dirt, which acts as an insulator, especially with daytime highs in the upper 70s the day before the storm.

"Below ground, parts are going to be fine. The above-ground parts like your backflow preventer, those will freeze and be damaged by this storm," said Tony Hahn, a Landscape Care Consultant with Swingle. "We're asking people to drain those and cover them."

Below are some commonly asked questions about blowing out sprinklers.

(Editor's note: Answers have been edited for context and clarity.)

It's a device that’s installed on your home’s water pipes that allows water to flow in one direction but never in the opposite direction. Its job is to prevent drinking water from being contaminated due to backflow from your irrigation system.

It's usually a set of brass pipes located around your house that stick up out of the ground.

How do you save your backflow preventer from freeze damage?

Step 1: Locate the valve that shuts of the water to your irrigation system and turn it to the off position. (Not the whole house, just the irrigation.)

This can be located in the home, basement or crawl space. In some cases, if irrigation water is separate, the valve can be in an underground box out near the curb.

Step 2: Once the water is shut off, drain the water out of your backflow preventer. This process is different with different systems.

If there are valves on the backflow preventer itself, turn the two blue levers a quarter turn and the two screws a quarter turn. You don't want them to be all the way shut or open.

Then turn the water release valve at the end of the irrigation manifold to release the water.

If there are no valves on the backflow preventer, there is likely a release valve at the bottom of a large capped PVC pipe. This requires a special tool to reach down an turn the knob that releases the water.

Credit: KUSA
Example of a release valve casing not located on the backflow preventer itself.

Credit: KUSA
A special tool will be needed to release the water

Step 3: Once the water is off and the backflow preventer is drained, the next step is to cover it by wrapping it with towels and duct tape, and then drape a blanket over it.

Now you are ready to get passed this quick storm and get back to watering. Which is something that will need to be done for several more weeks.

“Colorado is notorious for having extended warm and dry weather, and you want to keep your irrigation going as long as possible,” said Hahn.

The climate on the Front Range of Colorado is very dry, only averaging between 14 inches and 15 inches of precipitation in a whole year. An area that gets 10 inches or less would be classified as a desert.

Hahn said our lawns don’t enter into winter mode until November — sometimes it's late November or even December.

Credit: KUSA
Grass will turn brown when it enters winter dormancy. It only needs to be watered every 2-3 weeks at this point, unless there is precipitation.

Until that happens, they need regular water, which doesn't normally come from Mother Nature on the Front Range.

This first storm is only expected to deliver about 1/4 inch of precipitation. That means you can skip one watering, but will need to get right back to watering by the start of next week.

If you chose to just cover your backflow preventer, you can just turn your sprinkler system on until the next storm, or until the grass goes into winter dormancy.

If you chose to blow your sprinkler system out early, you will have to start manually watering your lawn and your trees.