Despite all of Denver's spring rainfall, it hasn't had any impact on parched western Colorado's worsening drought. 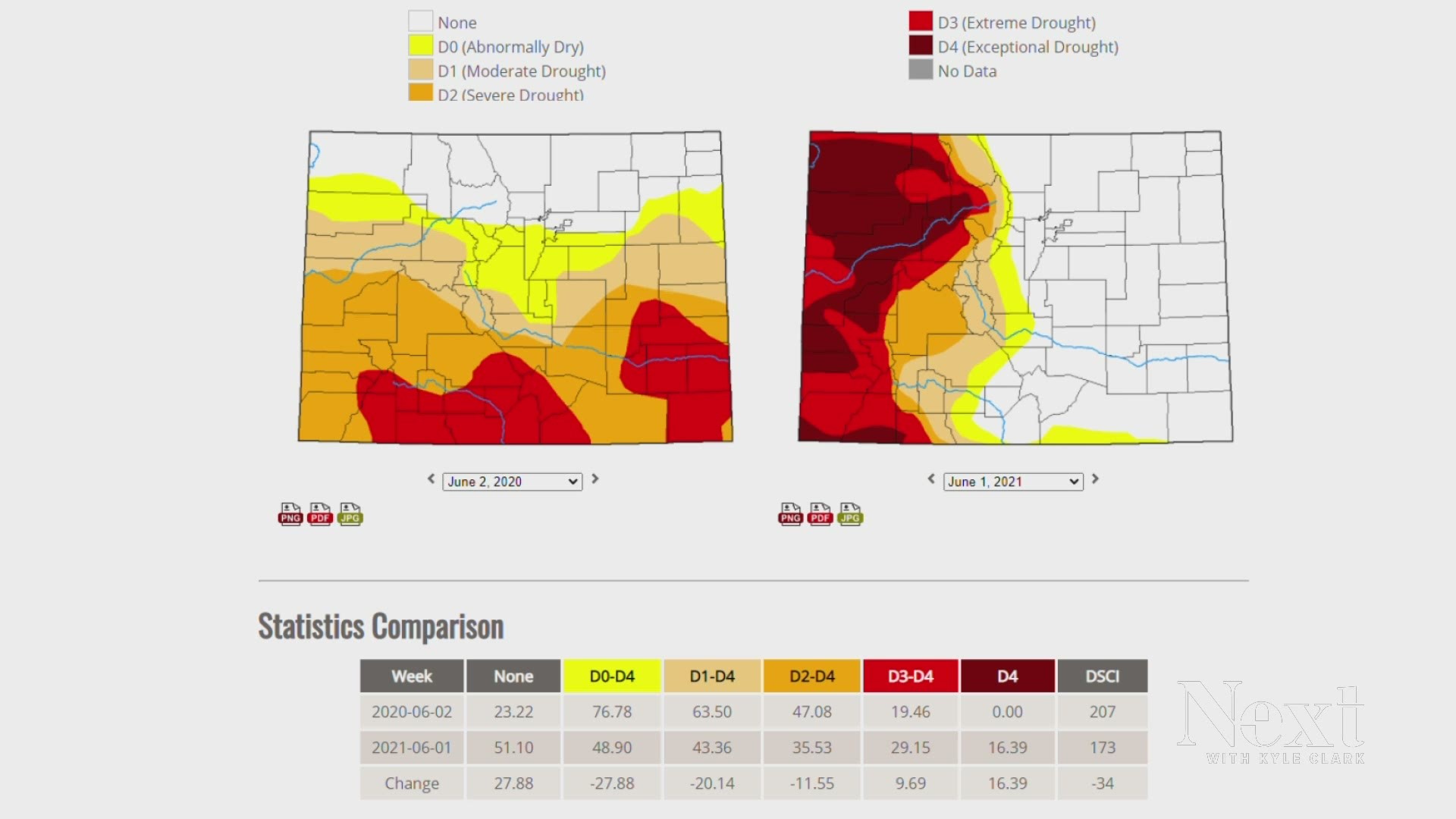 DENVER — It might be hard to believe how bad the drought situation is in western Colorado if you live along the Front Range.

Following a seemingly never-ending run of spring rain and snow, eastern Colorado is completely drought-free, based on Thursday's update from the official U.S. drought monitor.

Throughout this spring, that rain slowly worked south across the state, all but eliminating drought conditions in once-parched southeastern Colorado as well.

But all that rain and snow never quite reached western Colorado.

While big storm systems dumped Seattle-like rain totals in the Denver area, western Colorado got completely shut out. That means the drought situation out there is only getting worse, and the drought divide between western and eastern Colorado is virtually night and day.

RELATED: Denver's wet May was a stark contrast to the Pacific Northwest

The discrepancy between western and eastern Colorado is powered by the natural 14,000-foot north-south divide cutting through the heart of the state: the Rocky Mountains.

The Rockies serve as a natural meteorological barrier. The way eastern and western Colorado get their moisture is completely different because of them, and that's what's behind the stark statewide drought divide.

Areas west of the Rockies primarily get their moisture from the Pacific Ocean and storms originating in California and Oregon, while areas along and east of the Rockies get a good chunk of their wet weather from the Gulf of Mexico.

This spring, for example, the majority of eastern Colorado's storm systems came from big areas of low pressure centered in or south of Colorado. Counter-clockwise winds around an area of low pressure meant that Gulf of Mexico moisture streamed north into eastern Colorado, producing all that rain and snow we saw in March, April and May.

But as all that moisture rained down on the Front Range and eastern Colorado, all western Colorado got was a whole lot of nothing.

While the moisture-rich air condensed out along the Rockies in the form of heavy rain and snow, on the other side of the Rockies, dry, downsloping winds generally kept the other side of the continental divide bone dry. Couple that with a huge lack of storms in the western U.S., and it's leading to the growing megadrought across the Southwest, including western Colorado.

Unfortunately, it's likely going to stay this way for the foreseeable future.

It's all thanks to a sharp meteorological divide that's splitting the state's drought situation, and it's unlikely to improve anytime soon.