Colorado has 16 official glaciers, but are they real glaciers?

Patches of snow left on the mountain peaks after the summer heat are called perennial ice fields. Few of them in Colorado are actually glaciers. 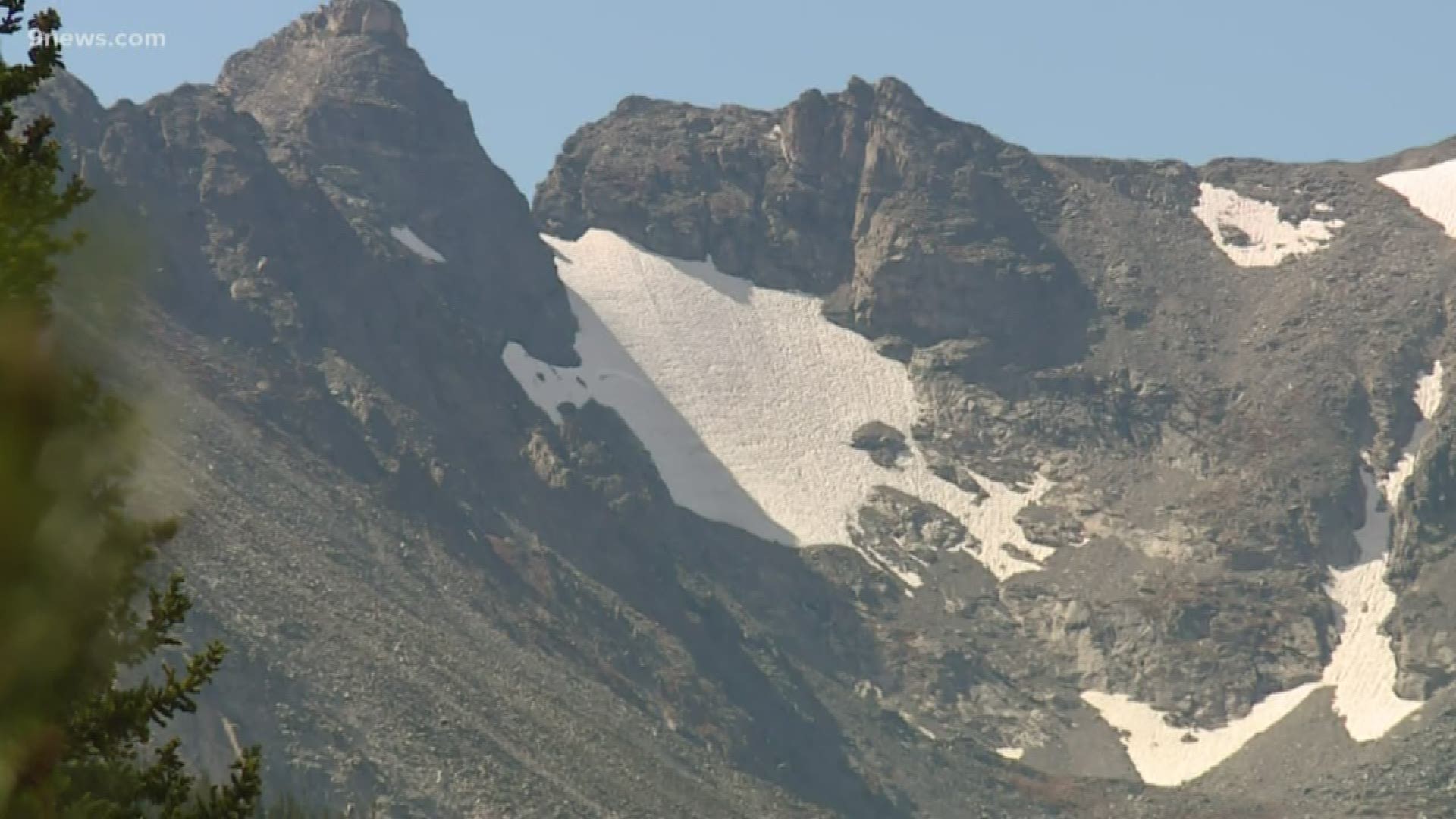 COLORADO, USA — The contours of the Colorado Rocky Mountains were formed by massive glaciers that melted away between 11,000 to 15,000 years ago, but small glaciers remain as part of the state's current landscape.

"Their locations are very interesting," said Colorado State University (CSU) Assistant Professor Daniel McGrath. "Here in Colorado, all of [the] glaciers are located in these east- to northeast-facing cirques."

He said there are 16 named glaciers in Colorado, all of which are in the Front Range mountains in areas more sheltered from sunlight and where wind and snow slides pack new snow in tight every year.

"But really, very few of these are actually glaciers," McGrath said. "They need to be flowing under their own weight for them to be classified as glaciers."

McGrath said that some of Colorado's small glaciers may have lost their glacial characteristics over time, and others would likely not have been named under today's standards.

"I think Andrews and Arapaho glacier both exhibit characteristics that they are still truly glaciers, still truly flowing," McGrath said.

The famous Saint Mary's Glacier, located in the James Peak Wilderness, is the southern-most Colorado glacier. McGrath said it would likely not be classified as a glacier today.

Credit: J. Scurlock/CSU/PSU/NPS
"The Dove" on Longs Peak north face and the Mills Glacier (lower left), may not meet the definition of actual glaciers.

McGrath said there are ice fractures, indicative of flowing, visible on a few of Colorado's glaciers. Another sign of a glacier flowing and scouring the land beneath it, is a cloudy, light blue color in it's tarn. A tarn is a small runoff lake at the bottom of a glacier.

McGrath said these small Colorado glaciers were named long ago, and there is no movement underway to declassify them. They are named in the Geographic Names Information System (GNIS), which is run by the United States Geologic Survey.

He is also working on new studies at CSU to determine the rate at which these glaciers are disappearing and what impact that has on the landscape around them.

He said the high ecosystems are very dependent on the additional and gradual runoff from these glaciers after the bulk of the winter snow melts away in mid-summer.