No chair lifts, no lodge, no snow groomers, but lots of social distance at Bluebird Backcountry. 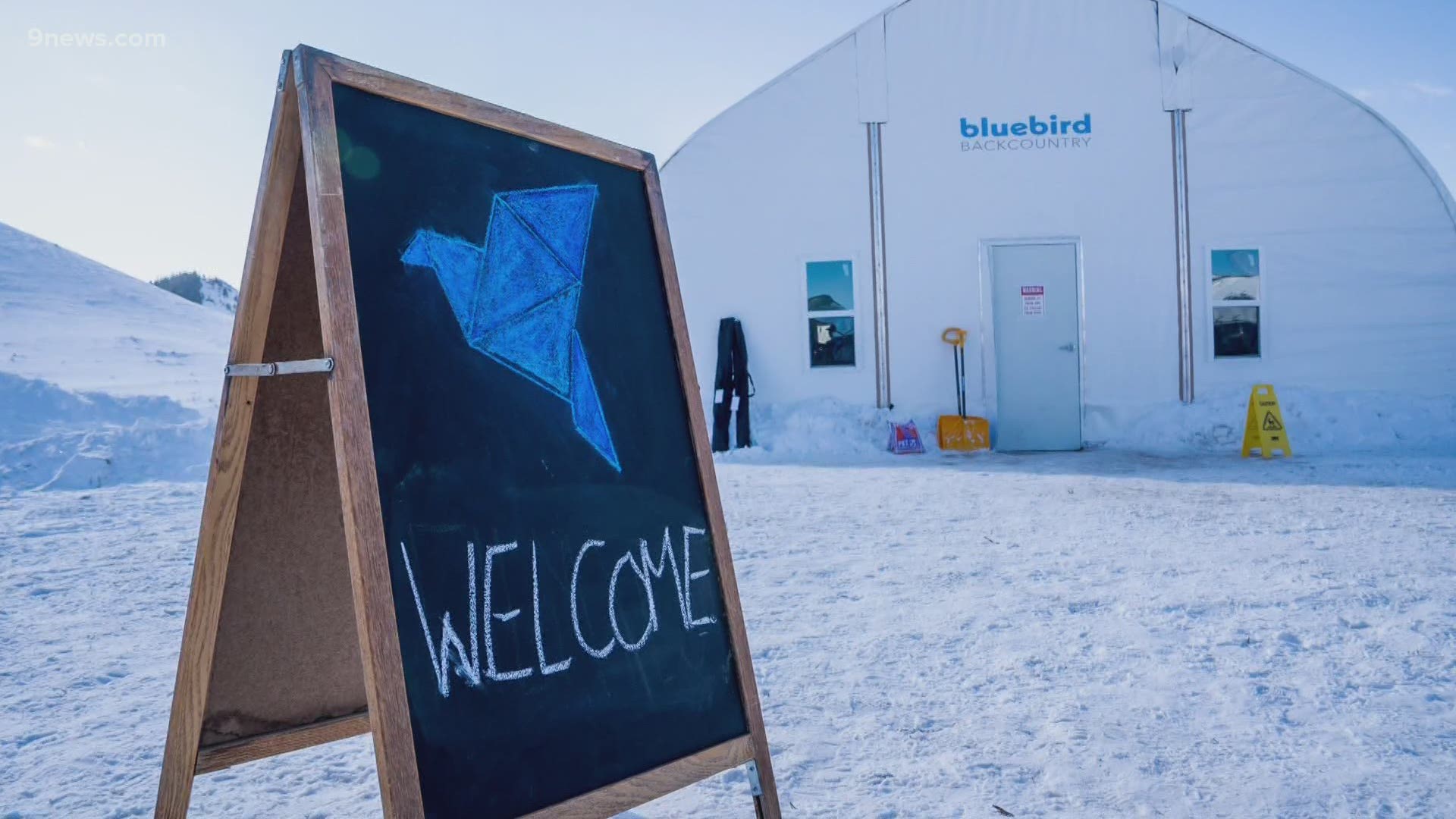 KREMMLING, Colo. — There is a new ski area opening in Colorado this winter, but it’s not a traditional resort. In fact, it doesn’t even have chair lifts. It offers a backcountry experience in a controlled environment.

9NEWS spoke with Jeff Woodward, co-founder of Bluebird Backcountry, about this first-of-a-kind ski area in Colorado.

(Editor's note: The answers have been edited for context and clarification.)

9NEWS: How do you describe Bluebird Backcountry?

I describe it as a ski area without chairlifts. It’s got the isolation of backcountry terrain but with the safety of a traditional ski area. It has a ski patrol, lessons, a warming hut, bathrooms, coffee and a food truck.

9NEWS: Where did you get the idea for this new ski area?

9NEWS: Where is Bluebird Backcountry?

It’s in the mountains of northern Colorado. The closest town to us is Kremmling, so we definitely kind of refer to that as our home base. Steamboat Springs is not much farther in the other direction, about 30 to 40 minutes away. And we’re really not far from Walden, either.

9NEWS: Is it on National Forest land like many other ski areas?

No, we leased the land from a private rancher. He really supports us and seems to care about the financial development of the area. We’ve signed a lease for this property for the entire winter.

9NEWS: Did you gear Bluebird around the pandemic?

9NEWS: How much space is there?

It’s mostly on a mountain called Bear Mountain. We have 1,200 acres of in-bounds skiing. That’s roughly the size of Arapahoe Basin. There is 3,000 acres of guided skiing. And with a maximum of 200 people per day, people will be able to get out and explore and feel like they’re the only ones around. That’s 6 acres per person. That’s a lot of space.

9NEWS: With a limit of 200 people per day, is it reservation only?

We ask that you reserve your spot ahead of time. We did that during our test period last year, and it worked really well. We only got a couple of walk-ups per day. We’d like to continue like that this year.

9NEWS: You did some testing last year?

Yes, we opened for a few weeks last winter at a place called Whiteley Peak, which was just about four miles away from this year’s spot. And we actually found that Bear Mountain gets about 45% more snow than Whiteley Peak.

9NEWS: Did there seem to be a lot of interest in backcountry skiing last year?

I think that certainly the pandemic increased the interest. We saw a ton of interest in backcountry skiing when all the ski areas shut down. Our season ticket sales are very high. Gear shops are just getting slammed because there is so much interest.

9NEWS: So you believe that backcountry skiing is a growing sport?

Definitely. Even before the pandemic, if you look at backcountry gear sales, the market was increasing 10% to 20% for about the last 10 years. And that’s while overall skier visits at downhill ski areas stayed flat.

9NEWS: Do you believe the pandemic will destroy traditional ski resorts?

No, I’m an optimist, and I think humanity will solve this pandemic. Once we have a vaccine and better treatments, which may take a couple years, but once that happens, I think ski resorts will go back to normal.

9NEWS: How do you describe the terrain at Bluebird?

There are three main skiing zones.

There’s a bowl on the western end of the property. I describe that as a lot of backcountry blue skiing. It’s pretty wide open, with a few areas with widely spaced aspens.

There’s the north face of Bear Mountain which is more like backcountry black skiing. It’s treed, there’s some steeper stuff. There are some couloirs that we might try to open up.

And there’s the east face of Bear Mountain which is kind of like our back-bowls zone. There’s some mellow stuff there that’s really fun, and some steep stuff that we hope to open, too.

9NEWS: If there are no lifts, how do you get to the top of the mountain?

You’ll skin uphill with your skis or your split board. If you don’t know how to do that, we will teach you. If you’re a boarder with snowshoes, that’s OK, too. We just ask that you steer clear of the established skin tracks.

9NEWS: Do you believe people will like the uphill part of it?

I think most people find that they like it. Depending on where you’re going and how fast you want to go, expect between 30 minutes to two hours of hiking. It’s a good way to get exercise, it’s a little meditative. Kind of like going for a hike in the winter, except you get to ski down some sweet powder at the end.

If you have all your own gear, you can just check in outside. Because of the pandemic, we’ve put in a contactless check-in system. If you’re renting gear or have a lesson, then you would come inside and check in. Before you leave, you must also check out for safety reasons.

9NEWS: What kind of gear do you rent?

9NEWS: Is there avalanche terrain on the property?

Yes, there is some steep stuff on the in-bounds part. We manage that to the same standard that any ski resort in Colorado will use to manage their terrain. You’re never completely safe in any ski resort, but avalanche accidents are very rare, and we try to keep it to that same standard. We hire professional ski patrol to do that.

9NEWS: With backcountry in your name, I imagine avalanche safety gear is required?

Yes, we check everyone for a beacon, shovel and probe. If you don’t have them, you can rent them from us. Primarily we are trying to get people to develop good habits in learning backcountry skiing.

9NEWS: Then do you offer any kind of avalanche training?

So, we’ve kind of designed an intro to backcountry skiing curriculum for beginners. You should learn how your skins and your skis work before you take the avalanche class, not during. Then we have our backcountry level 2 and 3 class as well that get into avalanche safety. That will lead right into the official AIARE avalanche classes that we will have available onsite.

9NEWS: Sounds like it could still be intimidating for a beginner?

A big part of our culture at Bluebird is to be incredibly welcoming. Every question is a good question, and we don’t want anyone to be intimidated. We take pride in being really welcoming whether they’ve tried it or not.

9NEWS: Is Bluebird just for learning?

The analogy I use is climbing gyms. People usually learn how to climb at an indoor center. Then once they learn and get comfortable, they may stay in the gym sometimes but start climbing outside sometimes as well. While other people will become strictly outside climbers. So, we are totally happy if people want to learn to backcountry ski here at Bluebird and then move into the true backcountry. Or we are happy if they stay forever.

9NEWS: When do you open?

We are planning to open in late December around Christmas. We’ll be open five days a week, Thursday through Monday, from late December through late March.

9NEWS: Is there lodging?

There are hotels in Steamboat and Kremmling. Free camping in the nearby National Forest, or you could camp with us.

It’s super basic, but yes camping is allowed in our parking lot. It’s $25 a night per vehicle. We’ll have Porta Potties there overnight but not a lot of other facilities. It’s mainly just to create that kind of community vibe and soul that we’re building towards. 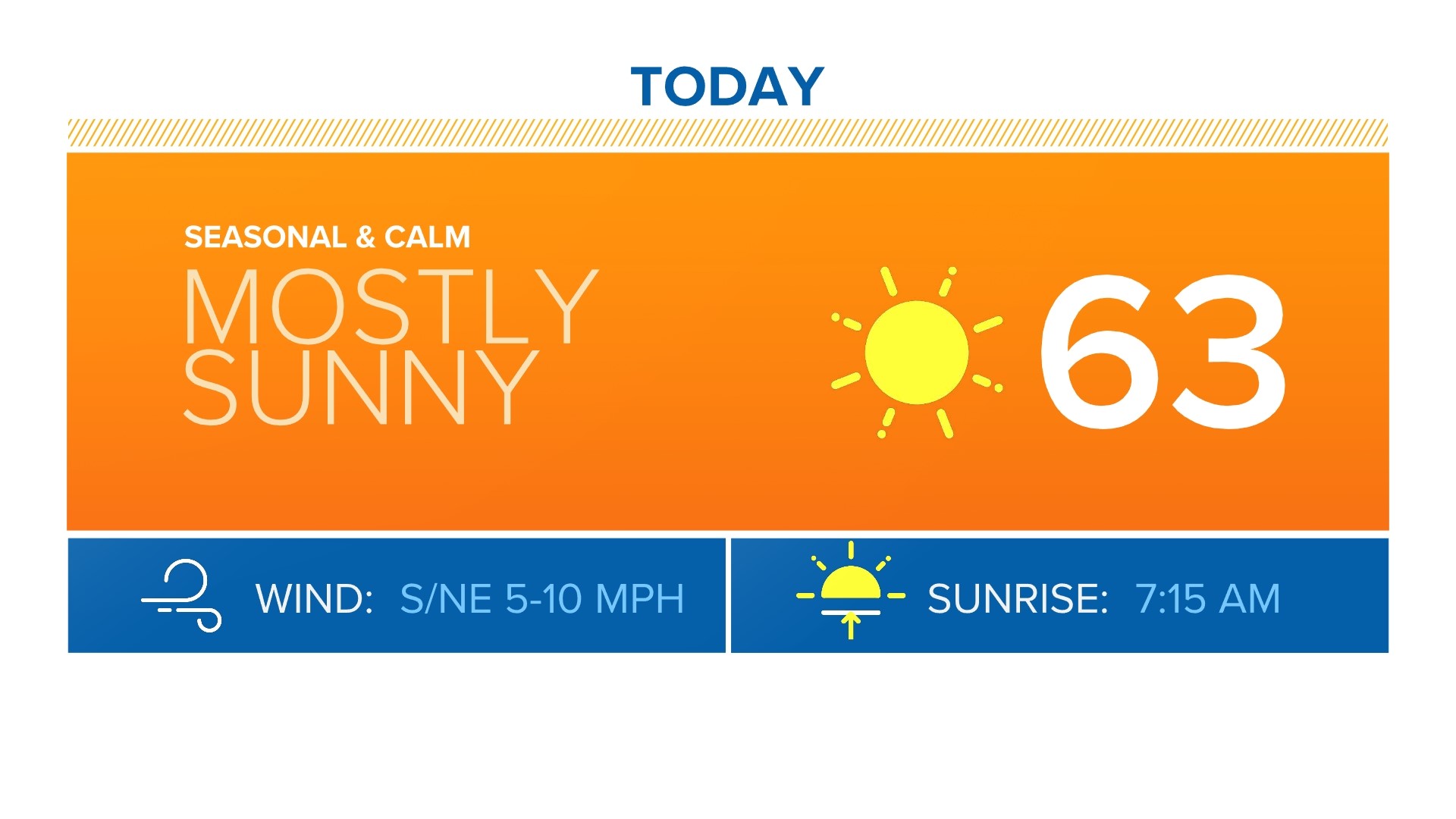 A seasonal, sunny Wednesday afternoon ahead