Police have not released the person's identity. 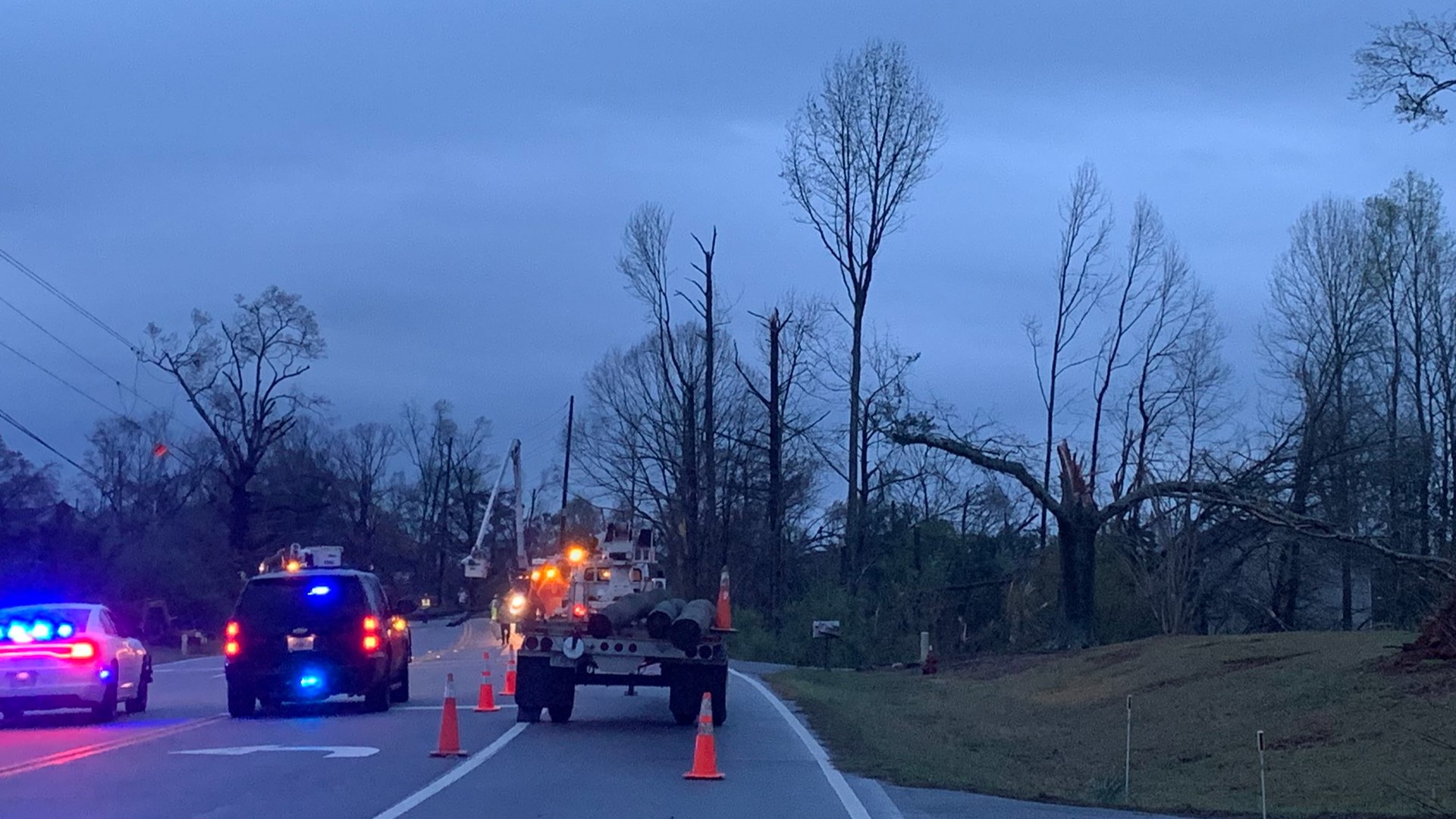 Wilson said the fatality happened at a home in the Smokey Road area.

"It was a medical emergency," Wilson said.

He added that the person was "trapped by trees and other debris" so it was hard to get to them.

Thursday night and early Friday morning, the deadly storm moved from Alabama into Georgia triggering tornado warnings and a special tornado emergency. Damage is widespread throughout Coweta and surrounding counties.

Friday evening, the National Weather Service said based on damage indicators in their ongoing survey in the Newnan area, they believe an EF-4 tornado with wind speeds of up to 170 miles per hour were observed in the hardest hit areas around LaGrange Street and Smokey Road. NWS teams will continue surveying the area the in coming days.

Crews worked through the night to get through debris on homes and continued throughout the day. Search and rescue teams also assisted in the efforts.

The name of the person who died in the storm has not been released yet.