Due to the flash flood, and in preparation for possible 'repeat events' CPW said they will continue to watch fish levels throughout the rest of the summer. 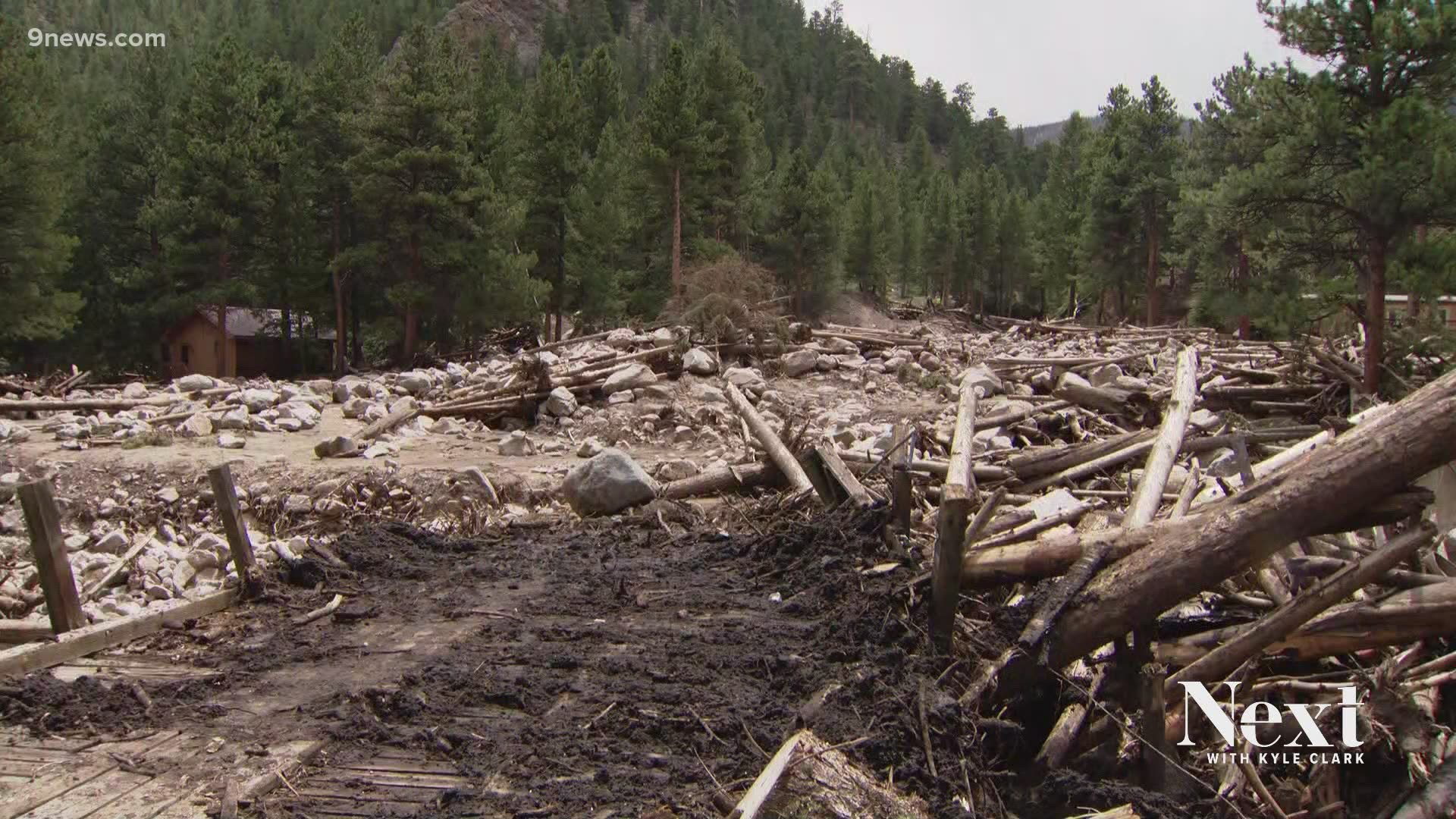 FORT COLLINS, Colo. — Flash floods greeted the Poudre Canyon on Tuesday, causing evacuations, a mudslide and ultimately debris floating down the river, which has caused fish levels to decrease in the area, said Colorado Parks and Wildlife (CPW).

With more chances of 'repeat events' in the area, CPW said they would continue monitoring the situation.

“We will hold off on fish population impact comments until we can collect standardized data,” said senior aquatic biologist Jeff Spohn.

>> Video above: Going door-to-door in Colorado to warn of mudslides, flash floods

CPW said they expect fish surveys to be conducted on the river from mid to late October. An aquatic biologist who visited the river pulled a dead fish from the water on Wednesday and said they are unsure how many fish have died and where along the river the loss is the most prominent.

“We went up and looked around the entire canyon on Wednesday,” said Aquatic Biologist Kyle Battige. “There are dead fish, but to what quantity and where that loss is coming from at the various stretches on the river is not known at this time. There will be impacts and we will try to assess how serious those impacts to the fishery will be in the fall.”

CPW warns those who encounter a dead fish should not handle the fish, leave them as they lay, and let nature take its course.

Though surveys will not be available till after October, Battige said the dead fish he picked up from the water suffered from the heavy sediment loading into the river from runoff on the Cameron Peak Fire burn scar.

>> Video below: CPW monitors impacts to the fishery in the Poudre River following a flash flood and Cameron Peak Fire

“That can basically suffocate the fish because that amount of sediment and debris prevents the fish from pulling oxygen out of the water,” he said. “It is too early to say the true extent, but we saw impacts stretching from Black Hollow Creek all the way down to College Avenue in Fort Collins.”

The Larimer County Sheriff's Office received reports of flooding in Poudre Canyon at around 6:05 p.m. Tuesday. The mudslide near Black Hollow Road sent debris into the canyon and destroyed several homes.

“We’ve seen a lot of debris.. you know, refrigerators, water heaters, you know, all kinds of stuff floating down the river,"  Mazzuca said.

After his observation, Battige said that while rainbow trout are mostly sustained through annual restocking efforts, the brown trout population is self-sustaining, meaning that CPW could stock brown and rainbow trout in the future if warranted future years.

“CPW has a fairly robust historic data set on the fishery population in the river, generally averaging between 800-1,200 trout per mile, depending on location in the canyon,” Battige said.

Residents are asked to adhere to the warnings issued by the weather forecast and follow the advice of any closure put in place by the Larimer County Sheriff’s Office and the U.S. Forest Service.