A mega-drought likely forced the ancestral Puebloans out of Mesa Verde. Today's drought may be worse. 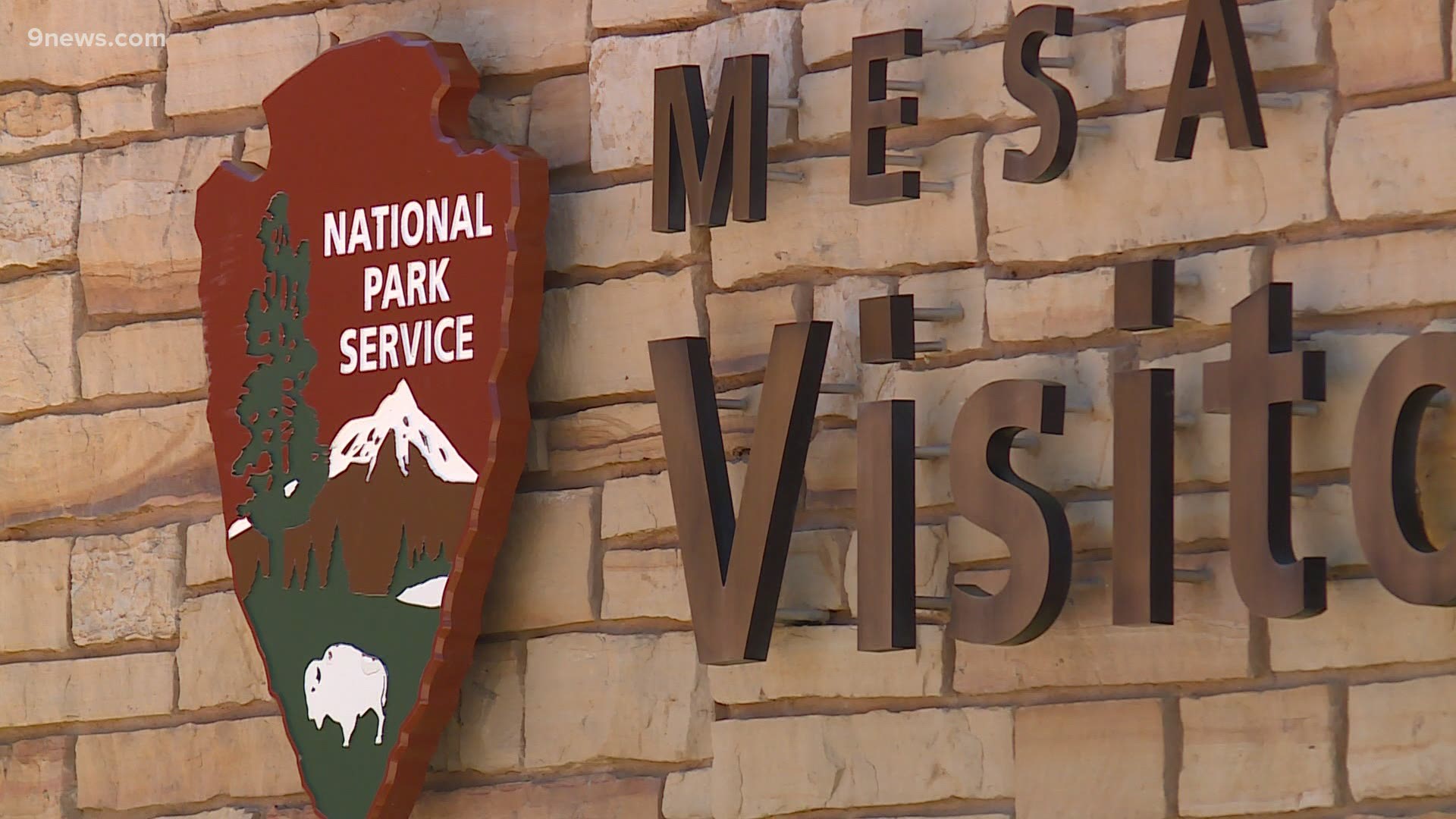 COLORADO, USA — Long-lasting droughts of more than 20 years, sometimes referred to as mega-droughts, are nothing new to the southwest part of Colorado. The current drought does qualify as a mega-drought because below normal precipitation has been nearly continuous since 2000. The periods of relief have been relatively short-lived.

Scientists at the park use tree-ring data to look back in time. They said there was a history of drought during the time Mesa Verde was inhabited by the Puebloan people.

“So, these are pretty serious issues that the ancestral Puebloan people would have had to grapple with," said Kimberly Accardy, an Interpretive Ranger at MVNP. "And I think when you’re dealing with a 50-year drought, I think you’re saying – you know what, it’s not really working out here.”

Accardy said we refer to the people who inhabited Mesa Verde as the Ancestral Puebloan people.

"In a way, that's kind of a problematic term I think," said Accardy. "It's kind of a catch-all, umbrella term for what was really many groups of people that may have had different languages, different cultural beliefs, and different practices."

They are also sometimes called the Anasazi. She said their decedents today are 21 Pueblo tribes that live in Arizona, New Mexico, and Texas.

“You know we can see that in the material culture of the Puebloan people," she said. "The beautiful pottery that they made, their textiles, petroglyphs, and pictographs."

But the most difficult times were centered around severe drought.

She said archeologists cross-reference tree-ring data which show times of drought, with the information they've learned about the times that populations were up or down.

"I think there were times that they would move away for perhaps several generations," Accardy said. "Then when the precipitation patterns returned to what they were accustomed to, they would move back to Mesa Verde."

She said populations would rise and fall in unison with periods of drought, but finally, towards the end of the 1200s, they moved away and never came back.

"We don't really know why they never came back," she said. "They may have thought life was getting to tough on the mesa, or it may have been a cultural belief, perhaps extended droughts were perceived as signs that they were not meant to live here forever.”

"That fact that they were able to successfully farm in an environment like this, makes me think they were incredibly skilled," said Accardy.

She said the ancestral Puebloans were dryland farmers. They relied completely on precipitation to water their crops: no groundwater, no streams or rivers and no lakes.

She said the terrain of Mesa Verde did provide them with some advantages. The higher elevation would bring them more precipitation than they would get down in the valleys.

"It's called Mesa Verde for a reason right. It literally means green table," said Accardy. "The south facing tilt of the mesa's meant that the growing seasons were longer, and I think it didn't take these ancient farmers very long to capitalize on that."

She said their main crops were corn, beans, and squash. They would also farm on the mesa tops where a wind-blown soil called loess accumulates.

"And the Pueblo people still dryland farm today," she said. "For example in Hopi, Arizona, they successfully farm in an environment that is drier than Mesa Verde."

She said farming techniques used by Puebloans today were likely passed down through ancient generations on Mesa Verde.

"They know that you might want to plant that corn 12 to 14 inches deep to get to where the moisture is in the soil," said Accardy. "And they know to space the plants so they are not completely against each other for limited moisture."

"The Puebloan people were not only great water conservationists, but their early water infrastructure was genius," said Andrew Spear a Bioscience Technician at MVNP.

He said there is evidence that they had several methods of collecting monsoonal rain water. They built small reservoirs, and they knew where all the potholes were in the rocks. He said they also built little canals to lead rainwater to the reservoirs.

"The way they built their structures, and where they built them was almost precise in capitalizing on what little water was available," said Spear. "You could tell that they thought about water quite a bit."

He said there is no ground water to tap into on the mesa but there are very small pools he calls seep springs. Precipitation that travels through the canyon rock over time.

He said there are about 50 seep springs at Mesa Verde that he's aware of, including one just a short walk from Spruce Tree House, one of the more famous and well preserved cliff dwellings at MVNP.

"These are just shallow pools, so not a lot of water available, but they were their 'easy to get water'," he said. "They were smart to build nearby or right around the seep springs."

Spear said that scientists don't know much about how long it takes rain water to travel through the rock layers and end up emerging in the seep spring. He said there is always some amount of water seeping through, so the springs are perennial.

He and some other resource officers at MNVP are in the process of a study to determine how long it takes water to seep through. He said that might give them more information about how the Puebloans lived with and reacted to drought.

Today's drought may be able to rival the drought that the Puebloans faced 800 years ago, but there is one factor that may make the drought of today worse: temperature.

The atmosphere is warmer today due to human caused climate change. That means there is more evaporative demand which dries the ground, the rivers, and the vegetation faster.

“It's no coincidence that 75% of our park has burned in the last 25 years,” said Keith Krause the fire management officer at MVNP.

He said the large burn scars that cover the park today would likely not have existed in the time of the Puebloans.

“Going back to look at charcoal data, there really isn’t any evidence of any large fires during that time period,” said Krause.

He said cooler temperatures were a factor but so were the activities of the people. Thousands of Puebloans would have been gathering wood for building material, and for burning in camping and cooking fires.

“They were kind of doing their own fire mitigation. Whether they knew it or not,” said Krause.

He said now Mesa Verde has a high amount of dead and dry fuels ready to burn. Even with all the large fires they've had over the past 25 years. And today's drought has him on high alert.

"So now it's our job to not only protect the visitors and employees from wildfire, but it's key that we protect and preserve those archeological features from wildfire," said Krause.

RELATED: You're not a bear. Don't leave your feces in the wilderness