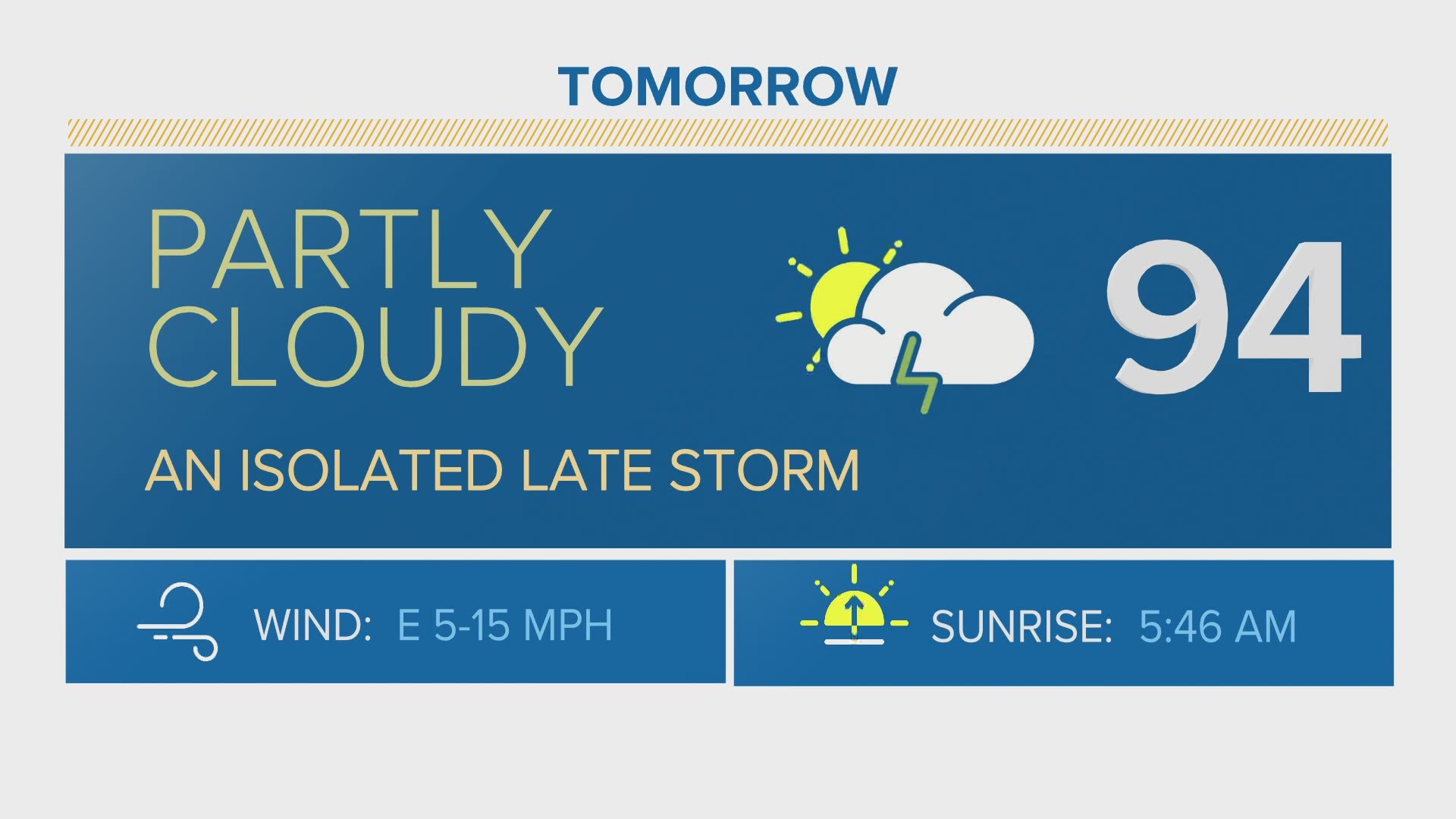 DENVER — Even for Denver's often lousy air quality, this week's is unusually bad - and prolonged.

Monday marked the 15th straight day that Denver and the Front Range were under an Air Quality Alert, and that unfortunate streak will continue into Tuesday and likely beyond.

While official records on Air Quality Alerts weren't immediately available, it's believed to be among the longest Air Quality Alert streaks in the last 10 years, based on a preliminary search of weather alerts dating back to 2008.

The haze is due to a combination of ground ozone - or regular pollution - combined with wildfire smoke.

Typically, Denver and the Front Range's peak months fall in the spring, when an inversion often traps in pollutants at the surface. Inversions aren't as common in the summer months, and they tend to be weaker when they develop this time of year.

A persistent weather pattern combined with hot temperatures and virtually non-stop wildfire smoke from the Northwest is leading to this exceptionally hazy pattern.

RELATED: The brown cloud is back over the Front Range, and here's what that means for you

Denver's air quality readings on Monday hovered around 80 AQI, which is roughly on par with those in notoriously smoggy cities such as Mexico City or Beijing, for example.

It may also be getting worse. With the current weather pattern expected to largely stay intact for the rest of this week, there's little sign of the smog relenting anytime soon.

RELATED: Smoke from 900 miles away can still be harmful to human health