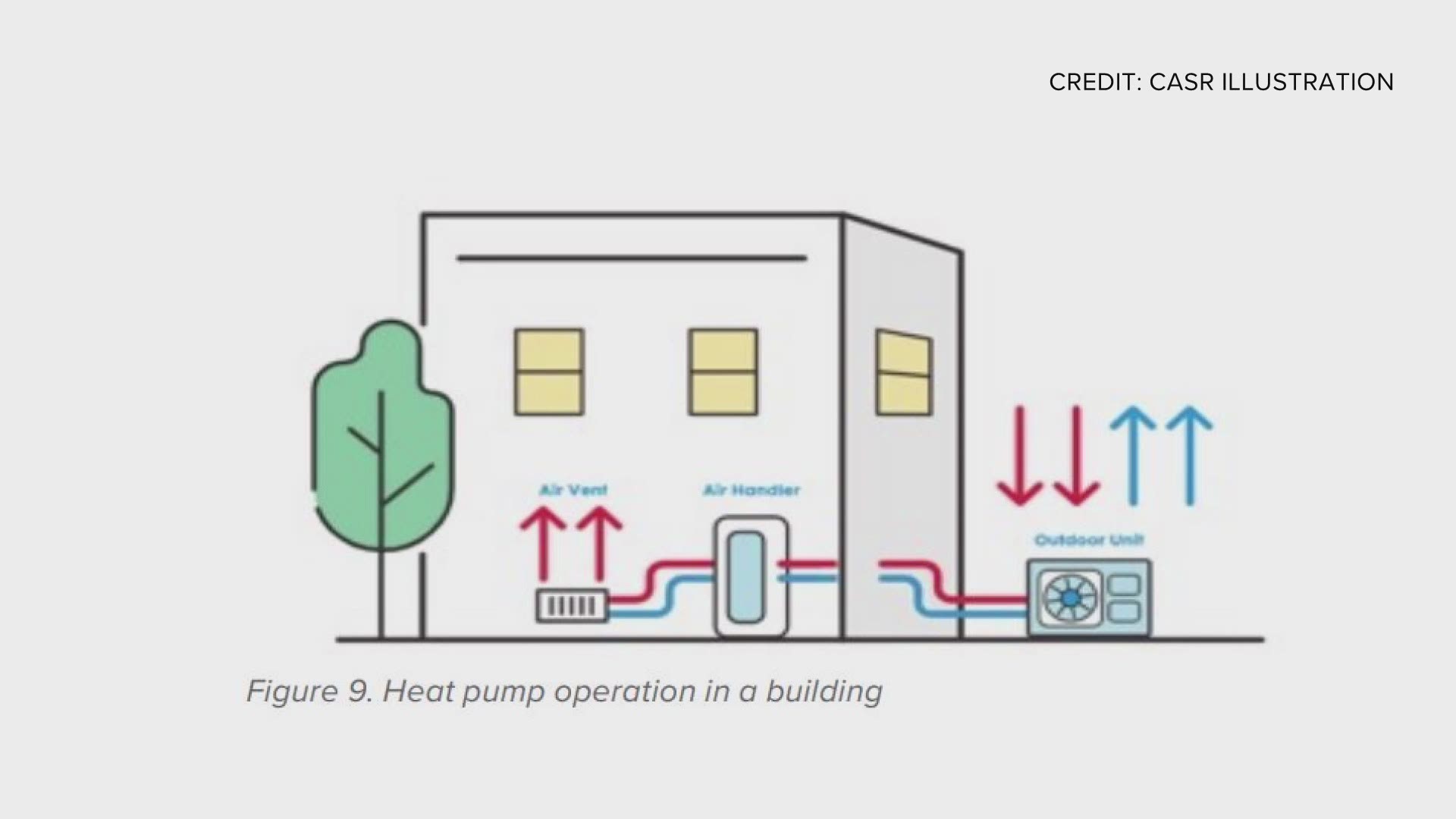 DENVER — As Colorado suffers through one of the hottest stretches in nearly a decade, the City of Denver is looking at long-term solutions for how to cool and heat homes and businesses more efficiently.

This week, the Denver Office of Climate Action, Sustainability and Resiliency (CASR) released its new Renewable Heating and Cooling plan. Included are the city’s goals to transition homes and other buildings in the city to more climate-friendly systems over the next few decades.

“This is a policy document that lays out a pathway for how we get our existing buildings and homes in Denver to fully transition to electrified uses in our homes over a 20 to 30 year timeline,” said Grace Rink, Executive Director of CASR and Denver’s Chief Climate Officer.

“The objective is to ensure that our homes are heated and cooled without adding to climate change burden.”

The full, 90+ page plan details how the city plans to reduce carbon emissions, implementation strategies and "playbooks," and data collected during community engagement.

The timing of the release, during a mid-June heatwave, was purely coincidental. But Rink says it highlights the importance of how Denver homes are cooled (and heated) today and in the future. Her office reports 30% of homes in Denver do not have central air.

“When these houses were built, our average temperatures in the summer were much cooler than they are now. And the average temperatures at night was much cooler,” she said. "Now its hotter. And as we know, we’re dealing with an almost year-round fire season that is exacerbated in this summer. So swamp coolers or opening your windows doesn’t work anymore, it’s not viable. It’s too hot. And it doesn’t protect inhabitants from smoke coming in during wildfires.”

Instead, Rink suggests an alternative option to your current heating and cooling systems: electric air source heat pumps. Those use electricity to move heat into or out of your home, depending on whether you want to warm up or cool off.

Now that the formal plan has been released, the next step for Rink’s team is to figure out “the how.” They’re now working to create incentive and equity programs to help implement the plan.

“Thanks to voters of Denver, 65% of voters last fall approved ballot initiative 2A which provided our office up to $40 million per year to work on climate action,” Rink explained. “We know were going to use some of that money to help our low income neighbors first. We will be providing incentive programs, subsidies, awareness programs, installation assistance – whatever we need to do to make sure we get cooling to homes of people who need it, aren’t able to afford it, and we serve them first.”

RELATED: Here's when Denver could finally get relief from the heat

RELATED: Another day, another 100-degree high temperature in Denver