Denver's hot June may carry through the summer

Denver has recorded twelve 90-degree days so far in June. 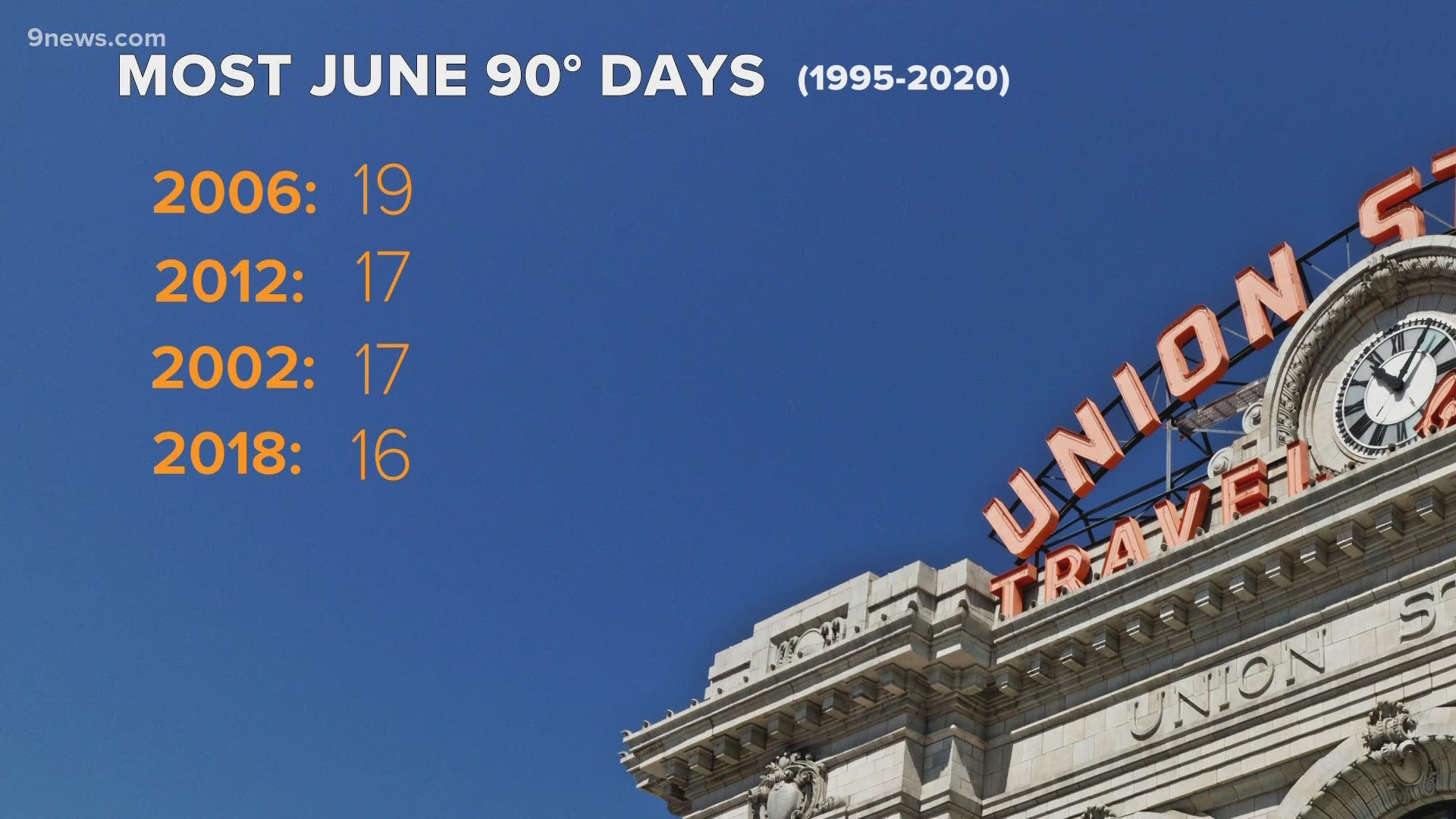 DENVER — It has been a very warm June so far in the Denver. The average temperature is running about four degrees above normal, which, if it stays that way, would rank just outside the top 20 warmest Junes in Denver history.

Normally in late June, Denver’s high temperatures are between 85 and 87 degrees. This year, there have already been 12 days where the high temperature has been 90 degrees or higher – add that to the two 90-plus degree days that happened in May.

There could be up to four more 90-degree days before the month ends. If that happens, it would be the third most over the last 25 years. But is a warm June a harbinger of a hot summer to come?

The data says yes. The top four years with abnormally hot Junes recently have all finished with temperatures well above average for the whole summer.

In fact, all 13 of the latest abnormally warm Junes all finished warmer than average at the end of summer.

There is an average of 43 90-degree days every summer in Denver.

RELATED: What's an omega block and how does it impact Colorado weather?

One explanation could be the fact that large scale weather patterns are very slow to change. The current pattern has frequent and strong domes of high pressure impacting Colorado. Similar to 2012 and some of the other hot Denver summers.

One big difference between this June and June of 2012 is that six of those 90-plus degree days were above 100 degrees. It has not been that hot yet this year, and it's not in the forecast for the rest of this month.

Other areas in Colorado are also running well above average.

Fort Collins has had four 90-degree days which is its average for the whole month. The record there is also in 2012 when it had twelve.

Grand Junction averages 14 90-degree days in June, and it has had 10 so far this month. It has also had its first 100-degree day of the year, and its average temperature is 1.3 degrees above normal.

Colorado Springs averages 5 90-degree days in June and has already had six of them.

Pueblo averages 15 90-degree days in June and has already had 16 of them.