Scientists at the NEON lab in Boulder are learning more about fire intensity, fire behavior and the chemistry of the smoke 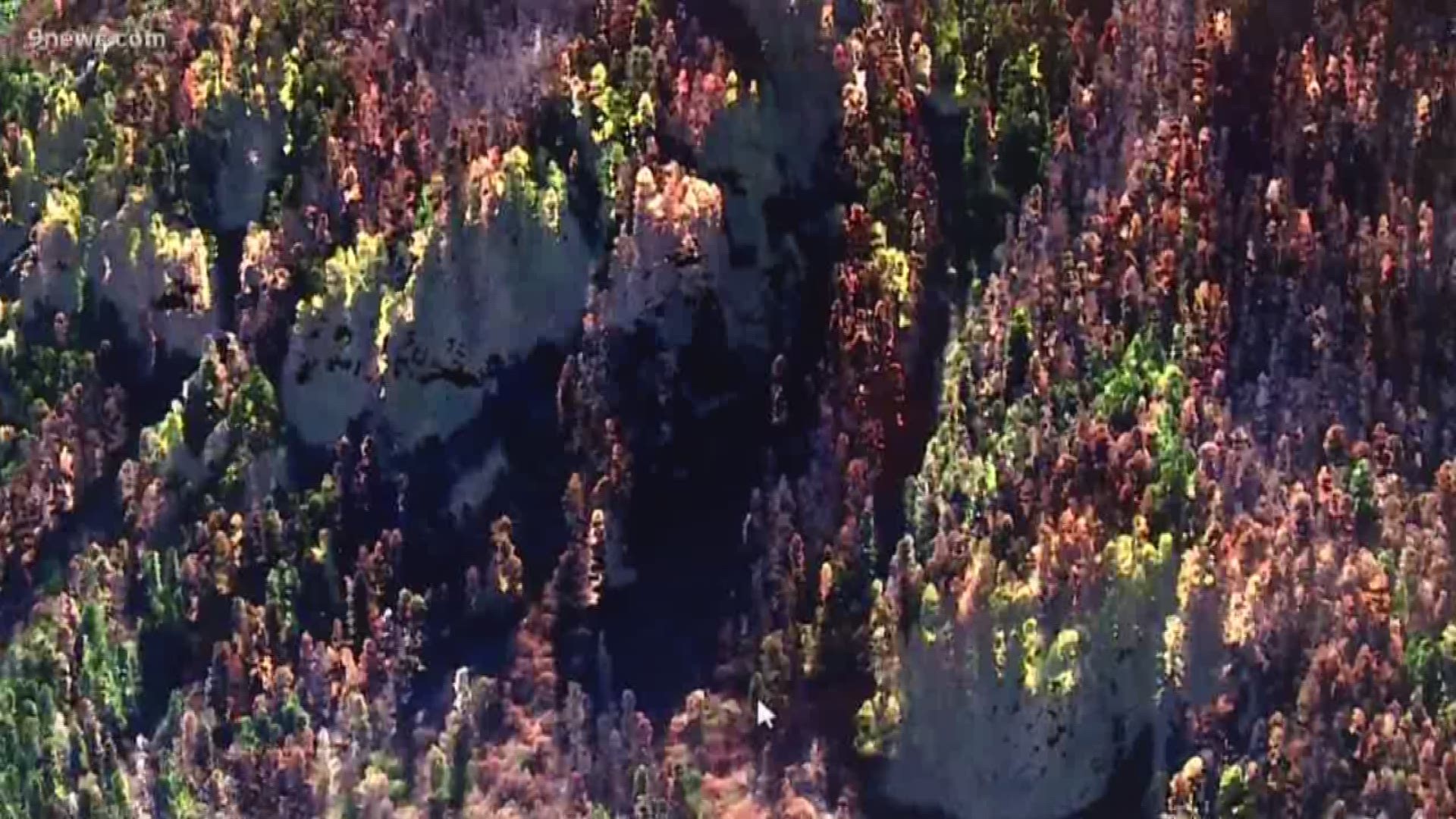 BOULDER, Colo. — There may be a lower risk of significant wildfire this year in Colorado due to all that snow in the mountains, but the research on wildfire behavior is not slowing down.

Scientists in Boulder are learning more about fire intensity, fire behavior and the chemistry of the smoke by mapping every bit of fuel that burned in select wildfires in 2018.

Wildfire fuel is primarily provided by biomass, or organic matter in the form of vegetation growing in the ecosystem.

The National Ecological Observatory Network (NEON), based in Boulder, participated in a study with the University of Colorado-Boulder last summer.

CU Boulder flew an aircraft into the active smoke plumes of four wildfires, directly measuring the chemical makeup of the smoke plumes. NEON followed up after the fire was out, and mapped the burn areas with a sophisticated instrument, providing a high level of detail — never before gathered — of a burn scar.

“Any object that is greater than a meter, we're going to be able to discern in our maps, and so we can identify even down to individual trees,” said Tristan Goulden, the lead scientist with NEON's remote sensing group.

Goulden's team mapped the burned and un-burned fuels of the Miriam Fire in Washington; the Keithly Fire in Idaho; and the Tepee and Watson fires in Oregon. All four fires occurred in September 2018.

The only way to gather that amount of detail in that short amount of time is to fly an aircraft carrying a sensor, which is part scanner, part camera.

A LiDAR (Light Detection And Ranging) scanner sends out 100,000 laser pulses per second to paint the 3-dimensional structure of the ground while a fancy camera called an imaging spectrometer takes a detailed picture of the vegetation.

"It's not just a picture of what's visible to the human eye, like a normal camera would reveal, but it also records all the other wavelengths of light that are invisible to us," Goulden said. "That is were we get the real valuable information telling us exactly what the burned, and un-burned fuels, look like."

That can also tell them exactly how much biomass was burned, and what type of emissions went into the air.

“Those emissions are essentially a soup of chemicals, and those chemicals are going to affect the environment, and affect people in different ways," Goulden said. "The composition of that soup really depends on what was burned.”

Goulden also believes this research will show how the fuel type that burns, impacts the intensity of the fire, and even how a fire spreads.