The Jeep's owners are using their vehicle's newfound popularity to raise money for Dorian victims in the Bahamas. 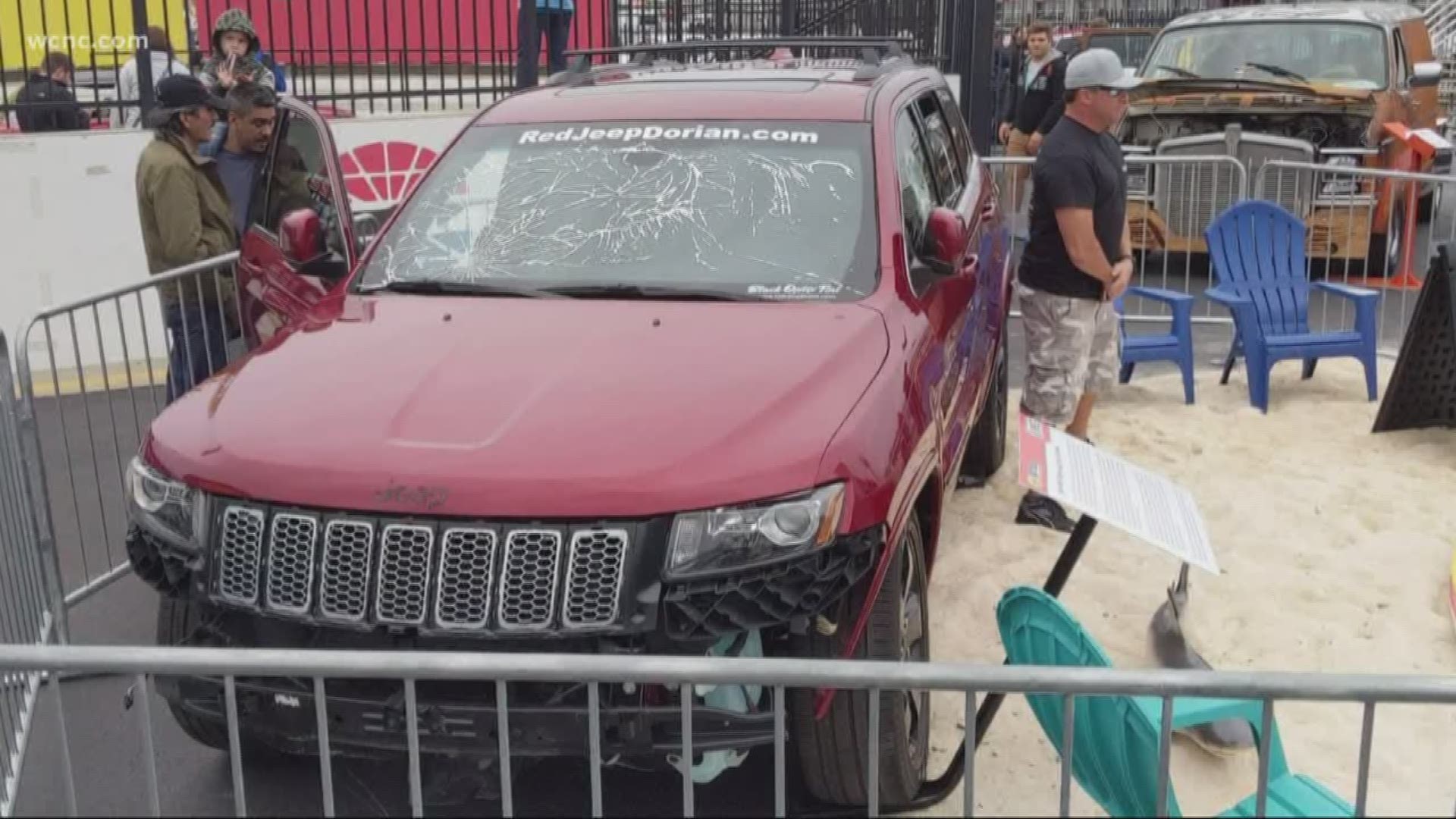 CONCORD, N.C. — The Jeep made famous during Hurricane Dorian was docked for a few days at the Charlotte Motor Speedway.

The red Jeep Grand Cherokee is known to many as the Jeep abandoned near the Myrtle Beach shoreline during the height of Hurricane Dorian. It even inspired a hashtag, #JeepWatch2019.

The Jeep was docked at Charlotte Motor Speedway's Pennzoil AutoFair from October 17-19.

RELATED: 'Hey, we found your Jeep on the beach': Owner did not know his SUV was stuck in Dorian waves

NBC station WMBF previously spoke with the owner of the Jeep, Nick Feliciano, who said his cousin borrowed the car and thought it would be a good idea to go to the beach to catch the sunrise before the storm hit.

Feliciano said his cousin didn't tell him what happened -- that is, until police showed up at his door.

Knowing how much accidental joy their jeep brought others, they agreed to display the totaled 4X4 during the Pennzoil AutoFair.

The Jeep's owners are using their vehicle's newfound popularity to raise money for Dorian victims in the Bahamas.

Feliciano said their insurance wanted to total it, and wouldn't let them buy the Jeep back. They explained the Jeep's new-found significance and their goal of helping the Bahamas, so the company gave them a year as a grace period.

WHAT OTHERS ARE READING: