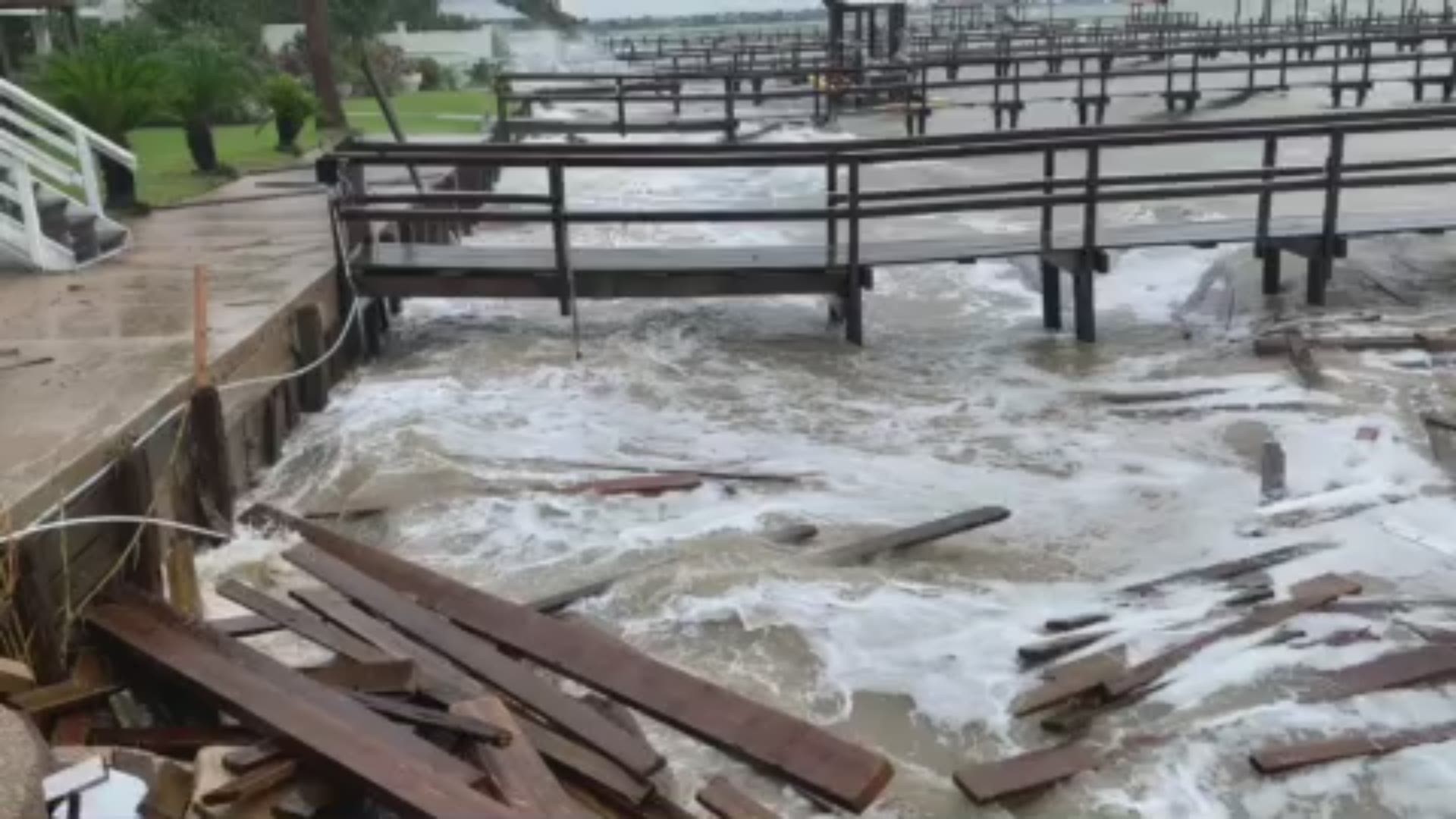 HOUSTON — Tropical Storm Beta is moving closer to the Texas coast and the effects are already being felt here in southeast Texas. The storm is pushing the surf higher up and we're seeing high water up and down the coast.

You can submit your weather photos and videos to us by download the KHOU 11 news app and tapping "Near Me." (But stay safe! Don't take chances in flooded areas or near big waves.)

DON'T DO THIS: Driver speeding through floodwaters in Galveston pushes more water into flooded areas....

Waves from Tropical Storm Beta damaged or destroyed several piers along the Texas Gulf Coast, including this one in San Leon.

KHOU 11 News Photojournalist Sergio Soto shot this video showing the power of Tropical Storm Beta's waves as they destroy this pier in Kemah.

Here's the storm surge and high tide in Hitchock, TX near Highway 6 and Highland Drive area on Monday morning from viewer Robert Trevino

Another look at the storm surge; this clip comes from viewer Gaylynn Lassetter

The 61st Street Pier is taking a pounding from the rough surf caused by Tropical Storm Beta.

Tyrone Elliot captured high water in Galveston as he was heading to work overnight.

RELATED: These are the cities and counties that have issued voluntary evacuations for Beta

RELATED: Tropical Storm Beta | Storm gets better organized as it shifts slightly to the west

Huy Thai sent us this video in from Surfside says the beach line is about 50 feet from her home. With Beta moving in, it brought it right to her home!

And on Jamaica Beach, Bobby Randolph sent us this video of high water.

And in Surfside, Jennfier Boling sent this to us Sunday.

KHOU reporter Marcelino Benito captured this video on Jamaica Beach as the surf was coming up into neighborhoods.